Harshal Patel finished as the leading wicket-taker for India in the T20I series against West Indies.

India and Sri Lanka will play the first T20I of the three-match series on Thursday. India would walk into this series after defeating West Indies in the T20I series. The Indian team would be without a few key players in this series who were a part of the team during the series against West Indies.

Sri Lanka, on the other hand, suffered a 4-1 loss in a T20I series against Sri Lanka. They did win the last T20I of the series but would need a new strategy against India. Sri Lanka would be without Wanindu Hasaranga in this series and it would be a massive void.

India last played a T20I game at this ground in November 2018 against West Indies. The ground has hosted a total of four T20Is and the last one was played in November 2019. The team batting first has won all these four games and we might witness a similar outcome in this game.

India – Suryakumar Yadav and Deepak Chahar sustained injuries during the series against West Indies and have been ruled out of this entire series.

Sri Lanka – Wanindu Hasaranga has tested positive for Covid again and has been ruled out of this series.

Venkatesh Iyer played a vital role for the Indian team in the recently completed T20I Series against West Indies. Iyer made 93 runs in three matches at a strike rate of 184 and managed to pick two wickets as well.

Harshal Patel finished as the leading wicket-taker for India in the T20I series against West Indies. He picked five wickets in three games at an average of 21, an economy of 8.75, and a strike rate of 14.40.

Pathum Nissanka played a crucial role for Sri Lanka in the T20I series against Australia. Although, Sri Lanka was able to win only a single game out of the five matches, he was the pick of the Sri Lankan batters. Nissanka made 184 runs in five T20Is at an average of 36.80 and a strike rate of 115.72. 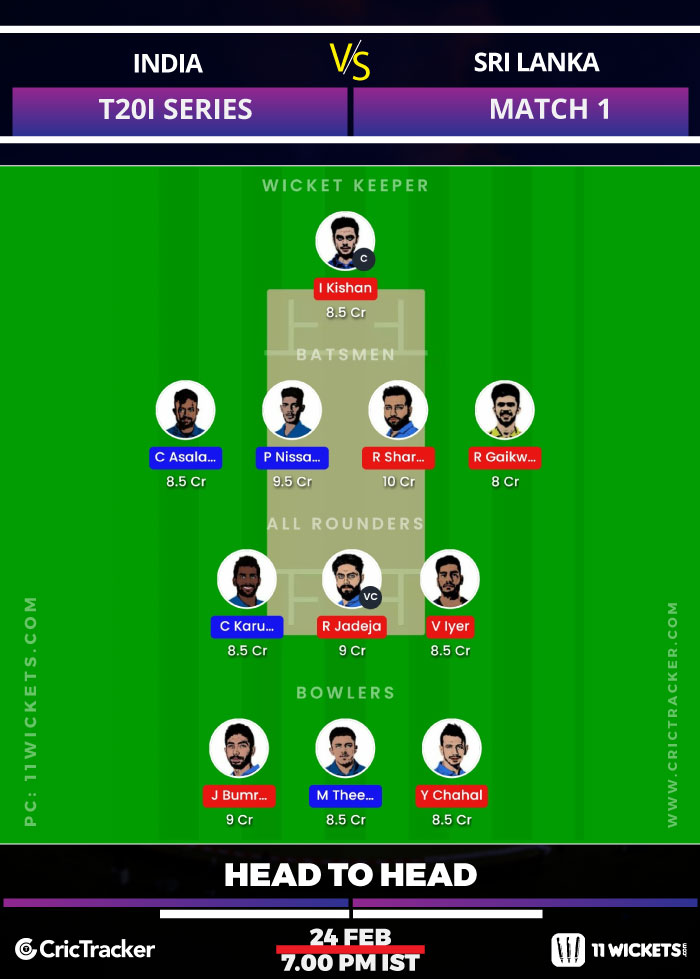 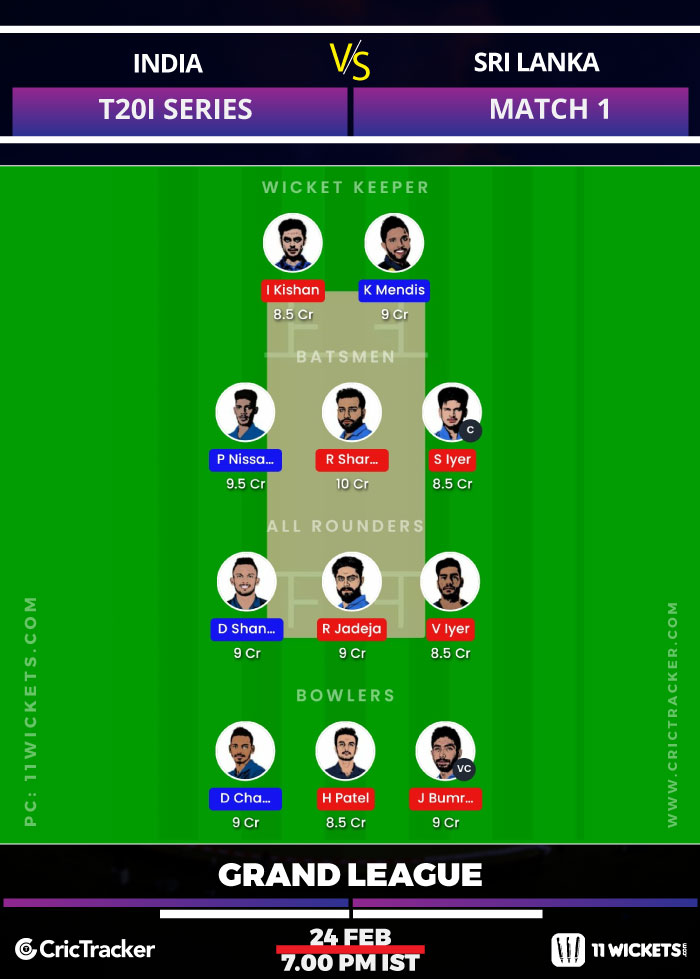