How well do you know the history of India-England Test matches? 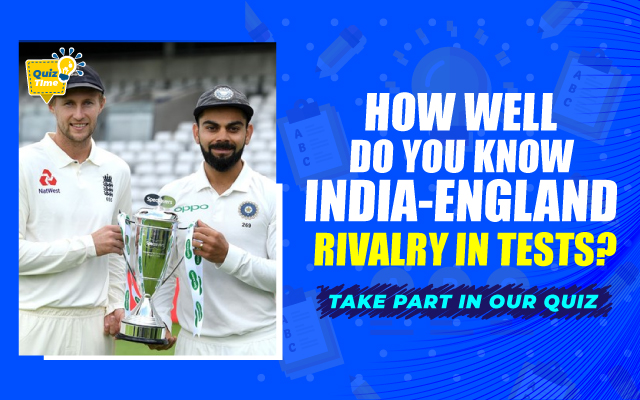 The battle between India and England in Test cricket is among the oldest ones as India played their first-ever Test match at the Lord’s in 1932. India, later in 1933, hosted England at the Bombay Gymkhana ground to mark the first-ever Test on Indian soil. Interestingly, India’s first ten Test matches have been against England despite them losing six of them. All those ten Test matches came before India became an independent country.

The first-ever Test match that India played after achieving Independence was against Australia during their tour down under in 1947-48. India, despite playing their first match in 1932, had to wait until 1952 for tasting their maiden success in the format. They were successful in taking down the English team at the Chepauk Stadium in Chennai which helped India to end the 5-match Test series with a scoreline of 1-1.

India clinched the 1986 Test series in England by 2-0 margin and also in 2007 with a margin of 1-0. The emergence of Sunil Gavaskar, Kapil Dev, Sachin Tendulkar, Rahul Dravid, Anil Kumble and many other prominent names turned the tide into the Indian favour. The current Indian set-up under Virat Kohli has been a dominant force when it comes to home Test matches.

It has been almost nine years since India lost a Test series at home and even that was against a line-up that was inching closer to the end of their career. In this while, India have been defeated in only one Test match on home soil. The signs of England repeating their 2012 triumph look unlikely but could sneak a win or two given the conditions favouring them.