Action will return to the International arena as soon as the Indian Premier League the Indian domestic T20 league concludes. The league is scheduled well enough to fit in the off period which indicates no international games for India and most other nations.
The Indian team is all set to shift their bases to Bangladesh after the June 1 final of the IPL. This is a pull up series as this fills in the gap between the end of the IPL and India’s scheduled tour to England which begins on June 22.

India will tour to the neighboring country to play three One Day Internationals series matches to be played on June 15, 17 and 19. Though an official announcement and team selection is yet awaited. Reports are ripe in the media that Indian skipper MS Dhoni who also captains the Chennai Super Kings in the league has planned for a family vacation to an undisclosed place and his deputy Virat Kohli too has made himself unavailable for this particular series. 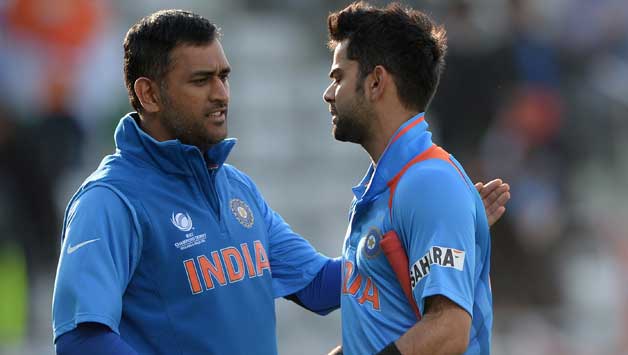 India will be playing non-stop cricket in testing conditions starting right from the tour of England where they will be haunted with the disastrous tour they had last time being up-rooted 5-0 and will only end once India feature in the 2015 World Cup where they will have the responsibility to defend their title.

Dhoni and Kohli have played and will play almost all the matches that India goes into and the added pressure of the IPL would have taken a toll on them. A break would refresh them and help them get back with more energy, clearer mind and lot of hunger.
In the absence of the two most trusted Indian guys, the team will also find a new leader in either Rohit Sharma whose successful stint with the Mumbai Indians makes him a front runner along with Off-spinner R Ashwin. We will have to wait for the selectors to sit before the wicketkeeper and a replacement for Kohli can be confirmed.

With Sehwag, Gambhir and Yuvraj showing signs of recovery and good form could pave way for them into the squad as Bangladesh is not expected to put a great challenge. The wicket-keeping job which has stayed with Dhoni since his debut for India will either be taken by Sanju Samson who has shown glimpses of batting as well as keeping talent in the IPL so far. Robin Uttappa too is a contender along with Dinesh Karthik who was till recently a part of India’s ODI squad for his batting.

These are all speculations till an official press release is generated from the BCCI office till then lets just enjoy the IPL action.