The 2nd game of the 5-match Youth ODI series will be played between India Under-19s and Afghanistan Under-19s at the Ekana Cricket Stadium B ground, Lucknow.

A lot of hopes were on Afghanistan Under-19s coming into the series against India Under-19s considering how they performed in the U19 Asia Cup a couple of months ago. However, the first game of the 5-match ODI series turned out to be a different story. The visiting team rattled for just 171 runs as no player converted the start they got. Four bowlers took two or more wickets between them for India. Yashasvi Jaiswal, who took two wickets, smashed an unbeaten 83-ball 108. He struck 16 fours and four maximums as India U19s completed a 9-wicket win with 134 balls to spare.

The venue could be under clouds for a brief period of time on Sunday but no rain is forecasted during the match timings.

The B ground of the Ekana Cricket Stadium produced another low first-innings total. In eight U19 matches hosted by the venue, the teams batting first crossed 230 only once. The chasing teams have won the majority of the matches as the low targets aren’t threatening enough. Sunday’s match won’t be any different from the ground’s history.

Tilak Varma and Yashasvi Jaiswal are quite important considering their recent form with the bat. Both can bowl decent number of overs which was evident with Jaiswal taking two wickets. Shafiqullah Ghafari didn’t put on a great performance in the first match. But he took 8 wickets in the Youth Asia Cup and can score decent runs in the middle-order. Noor Ahmad, the 14-year-old chinaman, picked the lone wicket in the 1st ODI. He took a 4-wicket haul against India in U19 Asia Cup. 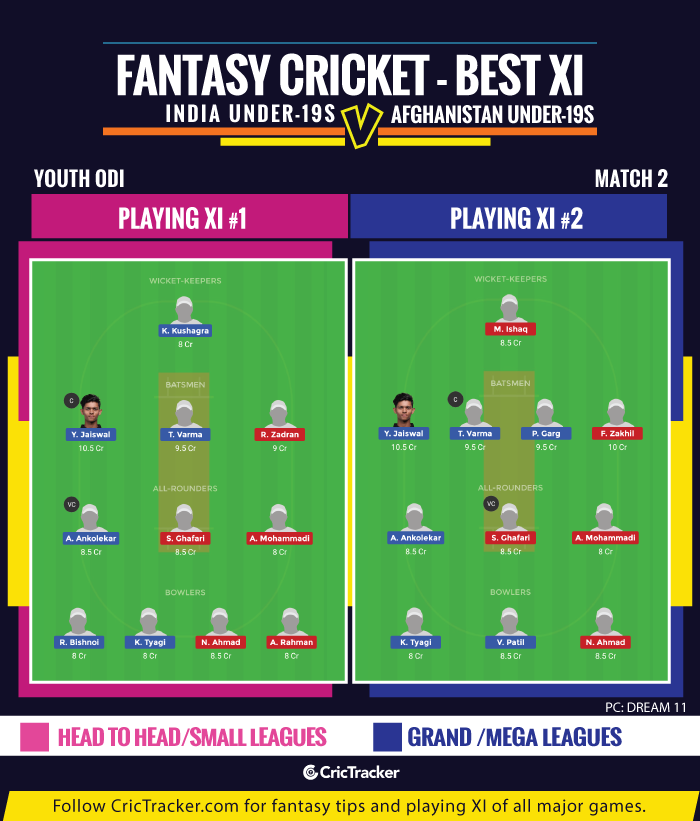 The BCCI website is not providing updates for this series. Hence, it is unlikely to get updates of line-ups and toss. India could make a few changes but Afghanistan too might make a couple of changes to the XI which lost first ODI.

India Under-19s are expected to take a 2-0 lead in this series.