All the statistical highlights from the opening day of the Indore Test match.

Bangladesh couldn’t put on the fight in the Tests which they showed in the T20I series as they were bowled out cheaply on the first day of the 1st Test. After electing to bat first, Bangladesh kept losing wickets at regular intervals and were eventually dismissed for just 150. Last series hero Rohit Sharma got out early but Cheteshwar Pujara made (43*) made quick runs along with Mayank Agarwal (37) as India ended the day on 86/1.

All the statistical highlights from the opening day of the Indore Test match:

A collapse after winning the toss:

150 – Bangladesh’s total of 150 is the 4th lowest total by a visiting team in the first innings of a Test match in India. This is also the lowest since New Zealand’s 145 in the 1995 Bangalore Test.

58.3 – Bangladesh’s innings lasted 58.3 overs; the 2nd shortest first innings for a visiting team which elected to bat first. Pakistan were bowled out for 116 in 49.2 overs in the 1987 Bangalore Test. 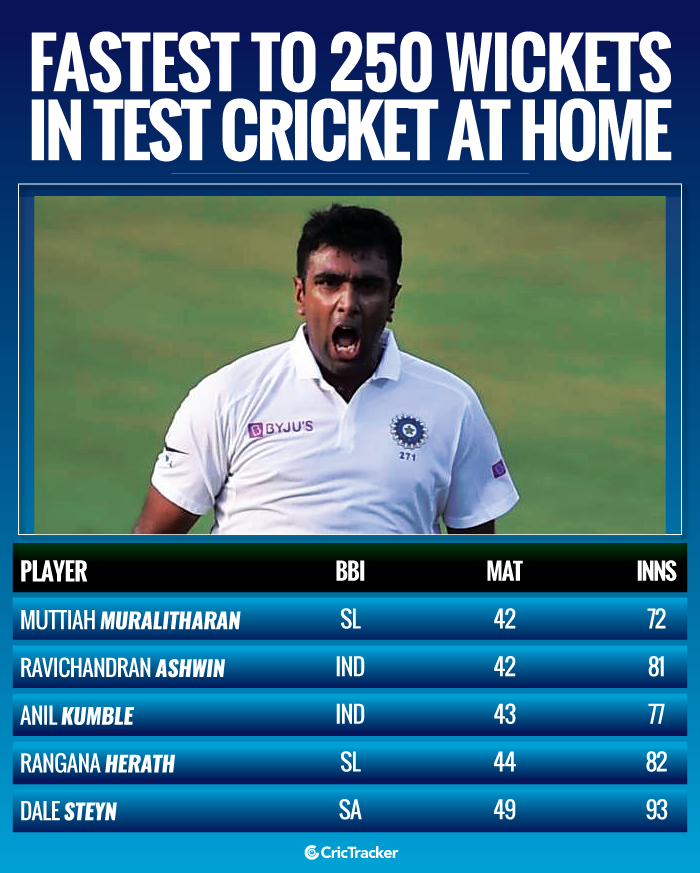 42 – Number of matches Ravichandran Ashwin needed to complete 250 wickets at home in Test cricket; the joint fewest by any player. He equalled Muttiah Muralitharan’s record who also reached 250 home Test wickets in 42 games. 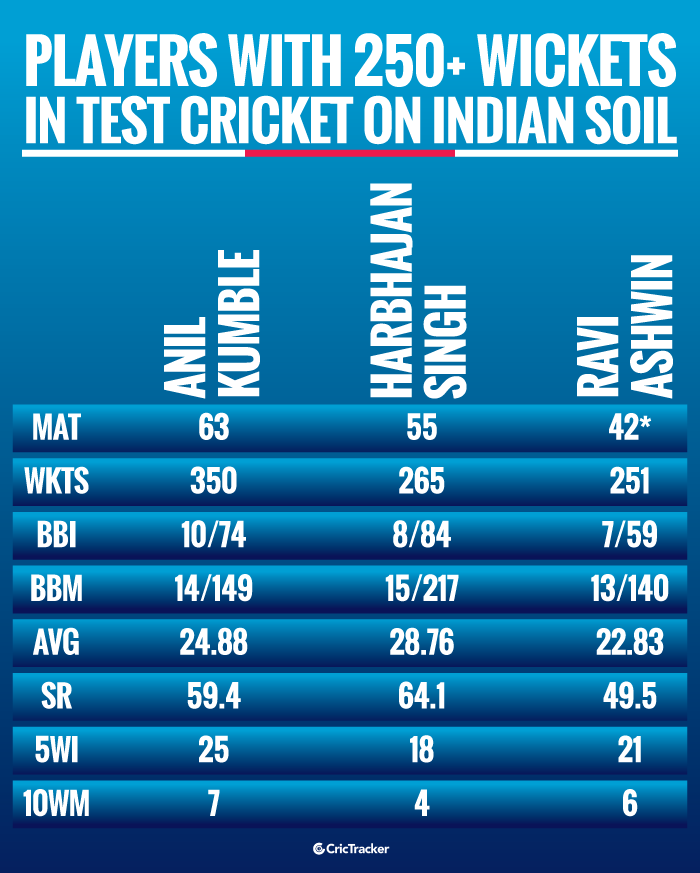