Virat Kohli is an obvious pick for any Dream11 Fantasy team. At the moment, he is playing in poor form with the bat but he cannot be ignored while picking fantasy team.

The 1st match of the three-match ODI series between India and South Africa will be played on 11 March at Himachal Pradesh Cricket Association Stadium in Dharamsala.

After a horrendous ODI series against New Zealand, now India will lock horns with South Africa in the 50-over format. The hosts have announced a strong squad that also marks the arrival of Hardik Pandya and Bhuvneshwar Kumar in the team. The duo has fully recovered from their injury and will look to set this series on fire.

Meanwhile, in batting India boasts a strong batting line-up that comprises of Virat Kohli, Shreyas Iyer, KL Rahul and Shikhar Dhawan, who will have the responsibility to score good runs with their willow. On the other hand, the fans will get to watch the deadly bowling duo of Jasprit Bumrah and Bhuvneshwar Kumar followed by Navdeep Saini as the third pacer in the team. Yuzvendra Chahal will lead the spin bowling attack with Ravindra Jadeja.

South Africa looks in good form, who whitewashed in-form Australia in a recently concluded ODI series. In batting, they have Jannemann Malan, Quinton de Kock and Faf du Plessis that will be responsible for scoring runs. Temba Bavuma and Rassie van der Dussen are the other important batsmen that can turn the tables for Proteas. The bowling unit looks lethal with the likes of Lungi Ngidi, Anrich Nortje and Lutho Sipamla that restricted the Aussie batting line-up recently.

There are slight chances of rain on the matchday that but it will not affect the length of the match. The wind will be blowing at a rate of 11 and 17 km/hr whereas the temperature will hover between 8 and 13 Degree Celsius throughout the day according to Accuweather.

The track at Himachal Pradesh Cricket Association Stadium is expected to offer a stiff battle between bat and ball. The bowlers will get some assistance in the first phase of the game. Moreover, the overcast conditions might give them a major advantage during the game. But later on, the batsmen can take the charge against the bowlers. So, the side winning the toss will look to field first in order to take advantage of the bowling friendly conditions.

Virat Kohli is an obvious pick for any Dream11 Fantasy team. At the moment, he is in poor form with the bat but he cannot be ignored while picking fantasy team. Shreyas Iyer was the leading run-scorer for Team India in the ODI series against New Zealand. So, he should be picked in fantasy team. KL Rahul will be the other player to watch out for as he is in scintillating form with the bat.

Quinton de Kock will be a hot favourite pick for Dream11 Fantasy due to his brilliance with the bat in the recent past. Rassie van der Dussen can also play a vital role in the fantasy teams. Lungi Ngidi, who played at his best against Australia in the recently concluded series should also be picked.

Note: The users should pick their side accordingly as it will be quite difficult to pick all the aforementioned players within credits available in Dream11 Fantasy. 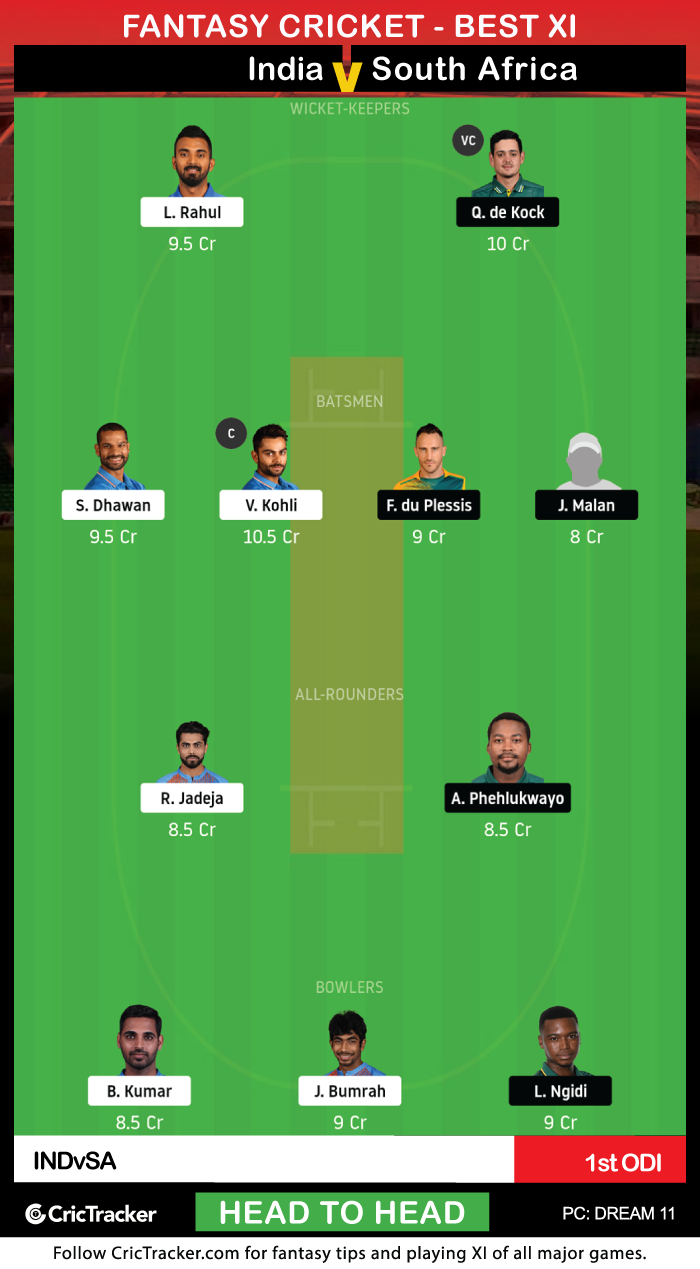 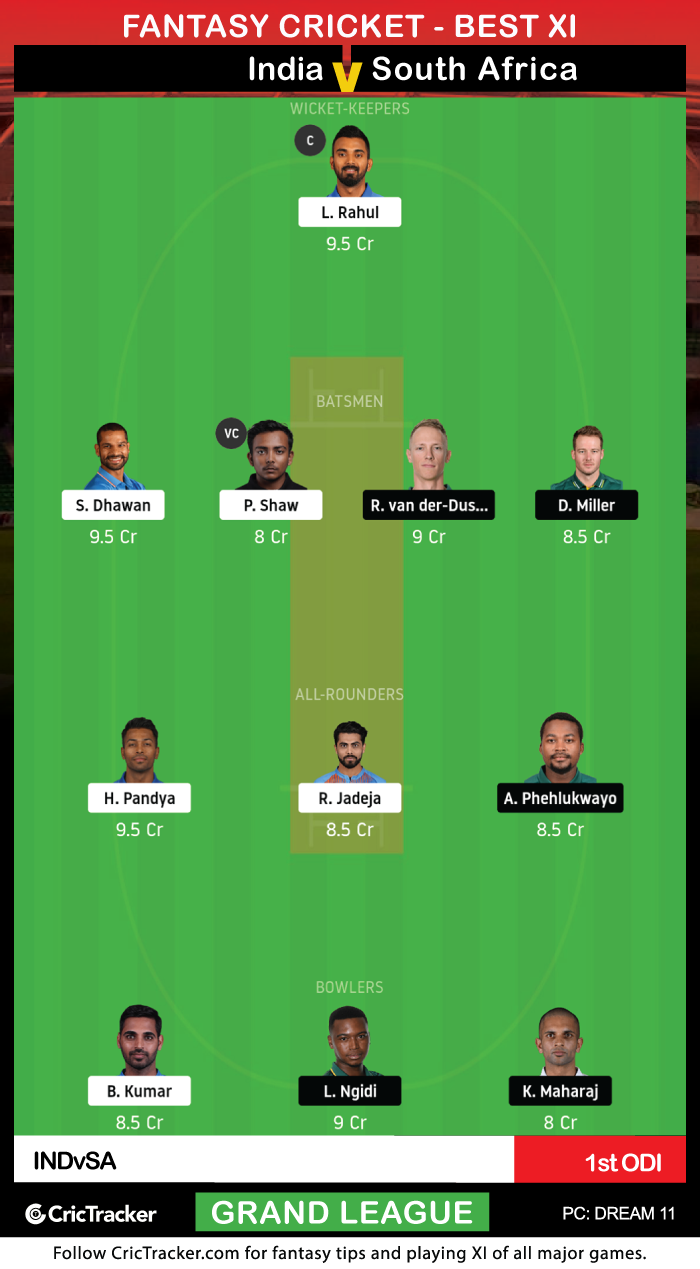 It is going to be a high scoring affair as far as the firepower of both the teams is concerned. So, try to go with more batting options in comparison to the bowlers in their Dream11 Fantasy team.

India is expected to come out as winners.