The Indian skipper has scored 283 runs in five innings against Sri Lanka at an impeccable average of 94.33.

India won the toss and elected to field first.

The second of the three-match T20I series between India and Sri Lanka will be played at the Holkar Cricket Stadium in Indore.

The first T20 International of the decade turned out to be a damp squib. The rain came down soon after the toss happened and the match never started. The series now moves to Indore with both the sides hoping for the rain to stay away as they build up towards the T20 World Cup in Australia later this year.

Both the teams are unlikely to change their XIs as no one deserves to be left out without playing the game unless, of course, there are any injuries. The hosts would love to continue having a lid over the Islanders. On the other hand, Sri Lanka will be looking to start the decade (and the year) on a high.

Unlike Guwahati, the weather is absolutely perfect for a game of cricket to take place in Indore. While there is a little chance of rain in the evening but that shouldn’t bother any of the teams and the ground staff as well. The temperature will hover around 21-23 Degrees Celsius during the match according to AccuWeather.

The surface in Indore always favours the batsmen. Last time India faced Sri Lanka itself here which is till date the only T20I to be played at the venue. Rohit Sharma‘s belligerent 43-ball 118 had then helped the hosts post 260 runs on the board. A similar kind of surface is expected to be on offer.

Average first innings score: 260 (Only T20I played at the venue)

KL Rahul and Virat Kohli should be your top picks for this match. The Indian skipper has scored 283 runs in five innings against Sri Lanka at an impeccable average of 94.33. Rahul too has scored 189 runs in six matches against the Islanders with 154 of them coming in India at an average of 51.33 and a high score of 89. With the ball, Jasprit Bumrah should be undoubtedly picked in your Dream11 Fantasy.

Kusal Perera is a very good T20 player and though he has scored only 177 runs against India in the format in seven innings, the left-hander should be picked. Apart from him Udana, Bhanuka Rajapaksa and Hasaranga could be good options. 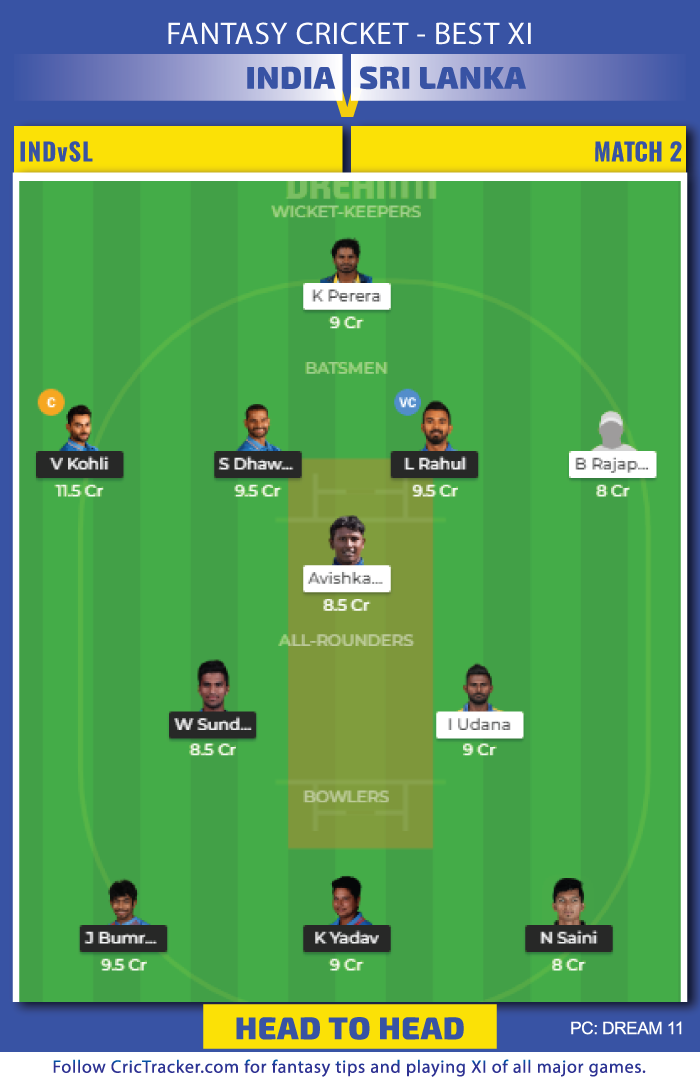 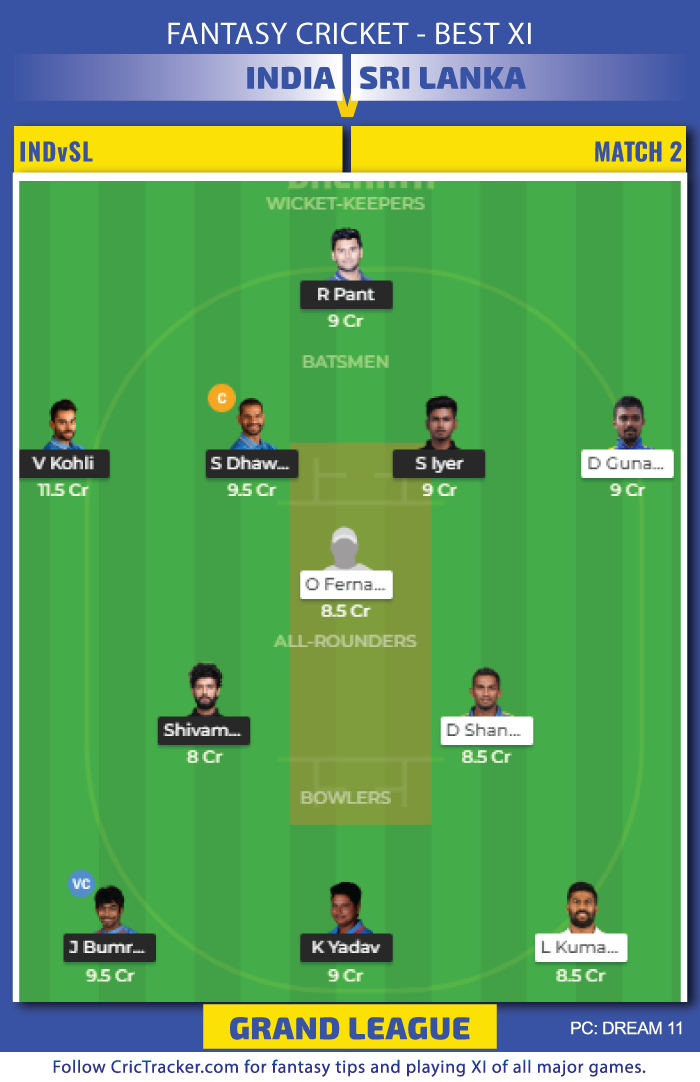 Lasith Malinga has picked only four wickets in eight innings against India in T20Is at an average of 52.25. This is why we haven’t picked him in our Dream11 Fantasy teams. Having said that, he is a wicket-taker and you can pick in Grand League and make him VC.