Indian cricketers and their salaries 2018-19

Indian cricketers and their salaries 2018-19

The BCCI offered central contracts to 25 players for the upcoming season.

Just a few months ahead of the World Cup 2019, the Board of Control for Cricket in India’s (BCCI) Committee of Administrators announced the annual contracts for the Indian cricketers for the season 2018-19. The pay structure and slabs are the same as they were last year. They are divided into four categories – Grade A+, Grade A, Grade B and Grade C. These contracts are for the period from October 2018 and September 2019.

A few surprise calls were taken by the apex cricket board in India. Some of the players have been ripped of their contract while a few others made it into the list. The Indian cricketers are amongst the highest paid in the world and here is how their salaries look for the cricketing year 2018-19: 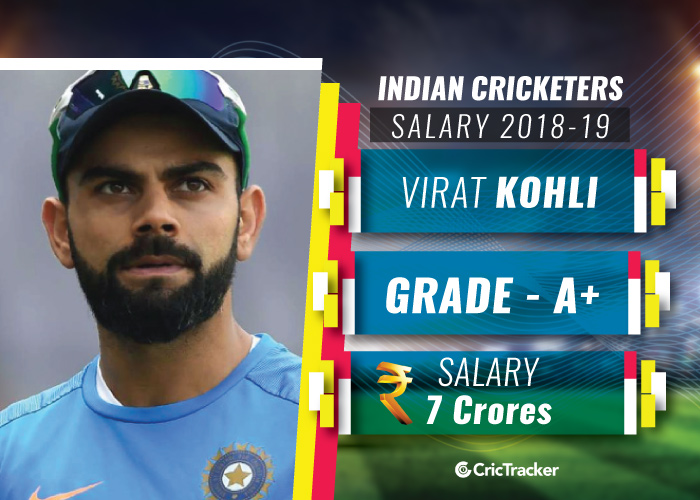 The Indian skipper Virat Kohli, for the obvious reasons, retained his Grade A+ contract from last year. He leads the side across all the three formats and features in most of the games that they play. Kohli has been one of the most consistent performers for Team India.

He is, more often than not, the lone warrior for the team in the batting department and was involved in many memorable wins. Kohli will get paid ₹7 crores for this period as a part of his contract. He is one of the three players placed in this bracket.

Rohit Sharma is another Indian cricketer who got the ‘Grade A+’ contract. He is the vice-captain of the Indian team in the two limited-overs formats of the game. Furthermore, he is more or less a regular feature in the Test squad as well.

During the defined period, Rohit led India to triumph in the Asia Cup 2018. He also took the responsibility of the side whenever Virat Kohli was rested. Sharma will have an important role to play during the World Cup 2019. 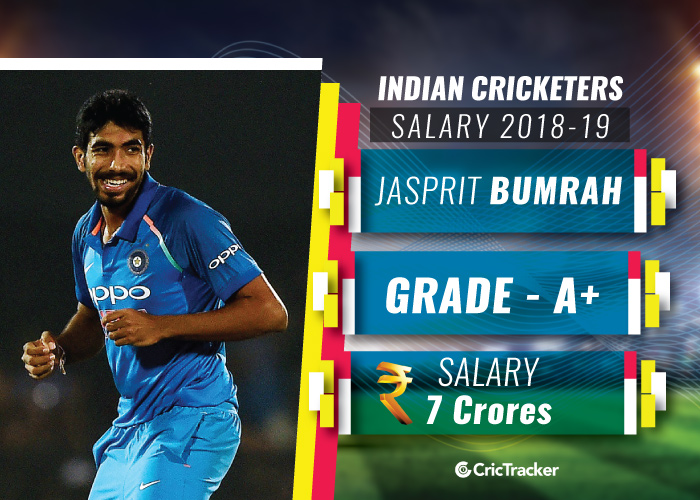 Jasprit Bumrah made his Test debut early in 2018 and has evolved as the leader of the bowling attack. He is easily the best in the business for the ‘Men in Blue’ at the moment. Be it any format, Bumrah has excelled at a consistent rate and has been the go-to man for the skipper.

He is very effective with the red-ball and swings in both ways. He has got several tricks up his sleeve and his powers go up manifold when he has the white-ball in hand. Batsmen often find it the toughest to hit him for the big shots in the death over. For all his contributions, the pacer surely deserves a place in this price bracket.