Here we take a look on at the statistics which can help you to pick your fantasy XI.

The Eliminator round of Indian T20 League 2019 will commence at the ACA-VDCA Stadium in Visakhapatnam on 8th May at 7:30 PM IST. Team Delhi will clash with Hyderabad and the winner will play Qualifier 2 with the loser of the Qualifier 1 to reach the finale. While Delhi had a great chance of even qualifying as one of the top two, Hyderabad barely qualified. Here we take a look on at the statistics which can help you to pick your fantasy XI.

Historically, ACA-VDCA Stadium in Visakhapatnam has been known for producing belters, where batsmen can play through the line on even-paced wickets. However, in recent times, spinners have made their mark. As the ball doesn’t bounce much, batting second is terrible in this pitch. In recent matches, the teams batting second have even struggled to post odd 80 runs on the board.

Delhi is currently sitting third with 18 points from 14 games. In 11 Indian T20 League seasons before 2019, Delhi finished in the top four of the points table thrice. Though they have topped the table twice in 2009 and 2012, Delhi finished outside the top four in the last six seasons. This season Delhi as a team has given good performance with 9 wins out of 14. Their NRR is 0.044 winning 4 matches out of the last 5.

Previous season’s runners up, Hyderabad has acquired the fourth spot with 12 points from 14 games. This season Hyderabad has been a bit unpredictable thanks to their batting problems but still has managed to reach the top 4. The team 6 wins out of 14 games in their record. Their NRR is 0.577 winning just 1 match out of the last 5. 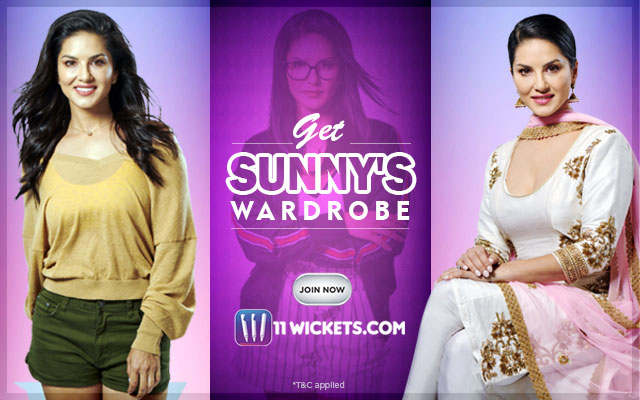 Both the teams have played 14 matches together in the earlier matches, out of which Hyderabad succeeded in winning 9 games while Delhi have won 5. Tomorrow is the third encounter between the two during this season. At the first encounter, this season Hyderabad has won by 5 wickets and Delhi has beaten Hyderabad in the 2nd encounter by 39 runs.

Rishabh Pant is in good form after having scored a fifty in the previous game and Axar Patel is bowling quite well and will definitely get four overs. 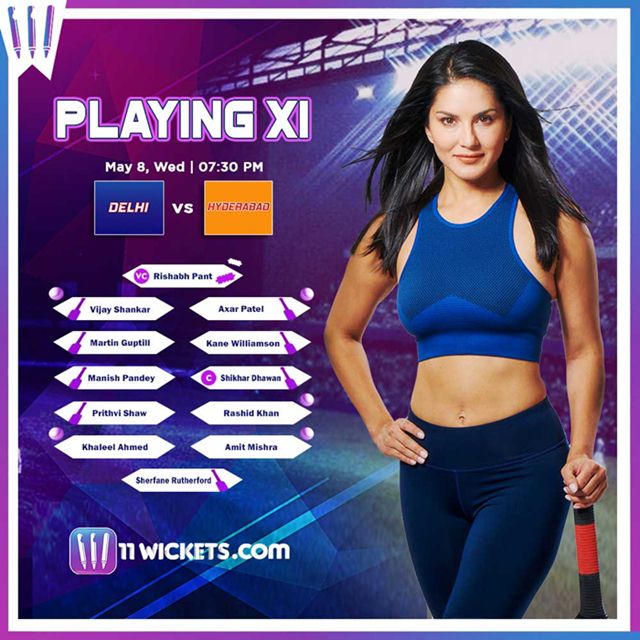 Delhi has a better batting line-up. Thanks to players like Shikhar Dhawan and Rishab Pant

If one of your playing 11 backs out of fantasy cricket game, select the 12th man at 11Wickets.com who can take the place of the absent player and help you win prizes. Also now the top 3 depositors and top 3 team-makers at 11Wickets will get Sunny wardrobe for playing fantasy cricket.