Steve Smith will be back in action as Rajasthan take on Punjab at Jaipur to complete the opening round of fixtures in the Indian T20 League. And while his return after a suspension induced layoff will be the cynosure of all eyes, there are other narratives you will have to keep an eye on if you are looking for that extra edge in your fantasy picks. Here we take a look at the Dotball Fantasy Cricket Guide for Match 3.

Conditions: It’s likely to be an excellent batting track that will have some pace in it for the fast bowlers, but as is typical with Jaipur, a bit of dew may make bowling more challenging in the second innings.

Injury updates: There aren’t any injuries, but David Miller (away on national duty) and Andrew Tye (yet to arrive in India) are unavailable for Punjab. Steve Smith will likely feature for Jaipur after recovering from a recent elbow injury.

Last five meetings: Jaipur 2 Punjab 2 (The other game was tied; Punjab won in the Super Over.)

Chris Gayle: The T20 veteran showed some glimpses of old in sensational knocks against England in the West Indies recently, and given how he is a momentum player, it’s almost a conservative choice to have the captain’s badge on him.

KL Rahul: If he is picked, there is really good value in backing Rahul; in this encounter last time around he had played a stellar lone hand of 95 only to see his teammates collapse at the other hand for a combined 41 runs among 8 batsmen.

Steve Smith: He may be coming back from a layoff but Steve Smith’s form looks good enough for him to get into the groove quickly. However, if you are willing to take a bit more risk, maybe consider these ‘Risky Captain Choices’

Ajinkya Rahane: Yes, his strike rate may be a bummer but he also has the most number of runs in this encounter for Rajasthan (320) and might be good for some surprise points.

Nicholas Pooran: Exceptional heavy hitting ability and the possibility of points behind the wicket. So, why not.

Sanju Samson: He has been a story of unfulfilled potential at the international level, but Samson has enough Indian T20 League chops (almost 2000 runs @ 26.67 is nothing to sneeze at) as well as a fairly prolific scorer in this clash (216 runs at an average of 43).

Either K L Rahul or Mayank Agarwal is expected to open the innings alongside Chris Gayle, so careful with that second opener pick if you are going with Punjab batsmen. Incidentally, whether Rahul gets picked or not will determine whether it is the Karnataka batsman or Nicholas Pooran who keeps wickets. Jos Buttler may open the innings for Rajasthan, and he may be worth a punt (an average of 92(!) in the league at a strike rate of almost 170!) compared to a Steve Smith.

The chasing team’s game to win, this one is likely to see a stiff total being chased down, and given their relative strength in bowling, Rajasthan are favorites. 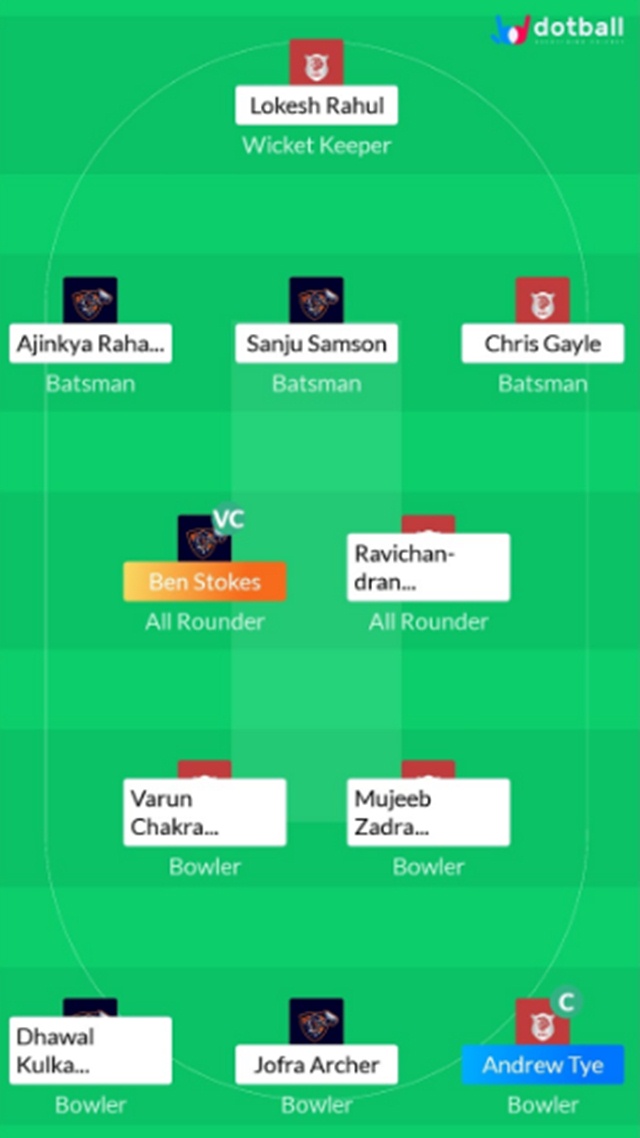 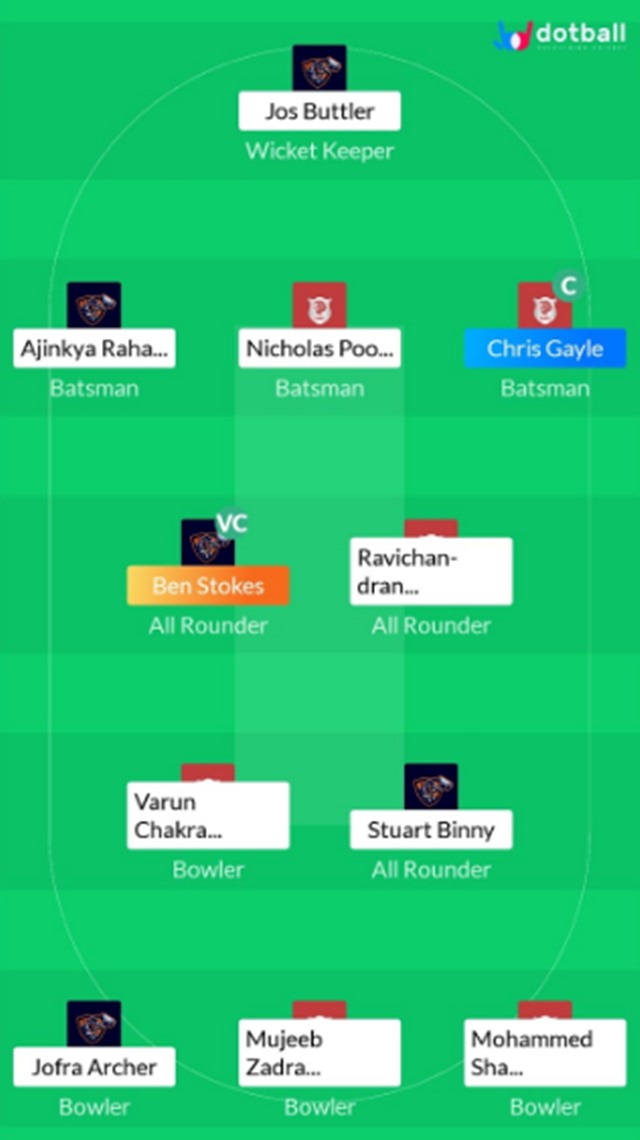