Ambati Rayudu is the X-Factor player for this match. 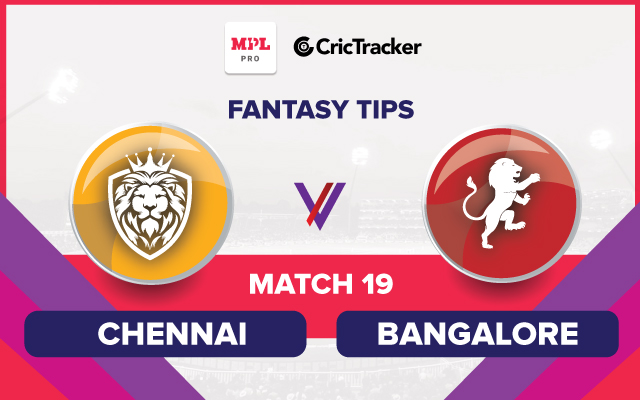 The much awaited clash between Chennai and Bangalore is set to take place on Sunday at the Wankhede Stadium in Mumbai at 3:30 PM. Virat Kohli and MS Dhoni will lock horns against each other and it is a clash of titans by all means. Both the sides are in great form with Bangalore winning all their four matches so far while MS Dhoni and his men have emerged victorious in their last three outings. The winner of this encounter will reach the top of the table.

Virat Kohli has finally found his lost form. He scored an unbeaten 72 off just 47 balls during the team’s 10-wicket win against Rajasthan. He opens the innings and has the ability to bat through and can definitely earn a lot of Fantasy points if he does that.

Chennai team is perfectly utilising Moeen Ali all-round skills by promoting him to bat at three. The left-hander has slammed 133 runs so far at a strike-rate of more than 150. He has also picked up four wickets and is the most economical bowler for Chennai. He is a good option to have as captain in your Fantasy team.

Chennai’s middle order batsman Ambati Rayudu hasn’t been at his best this season. He will bat at number five and can have a good chance to score big if Chennai lose early wickets. Rayudu is a very good batsman but is yet to get enough deliveries to prove his mettle. He can become an X-Factor player against Bangalore. 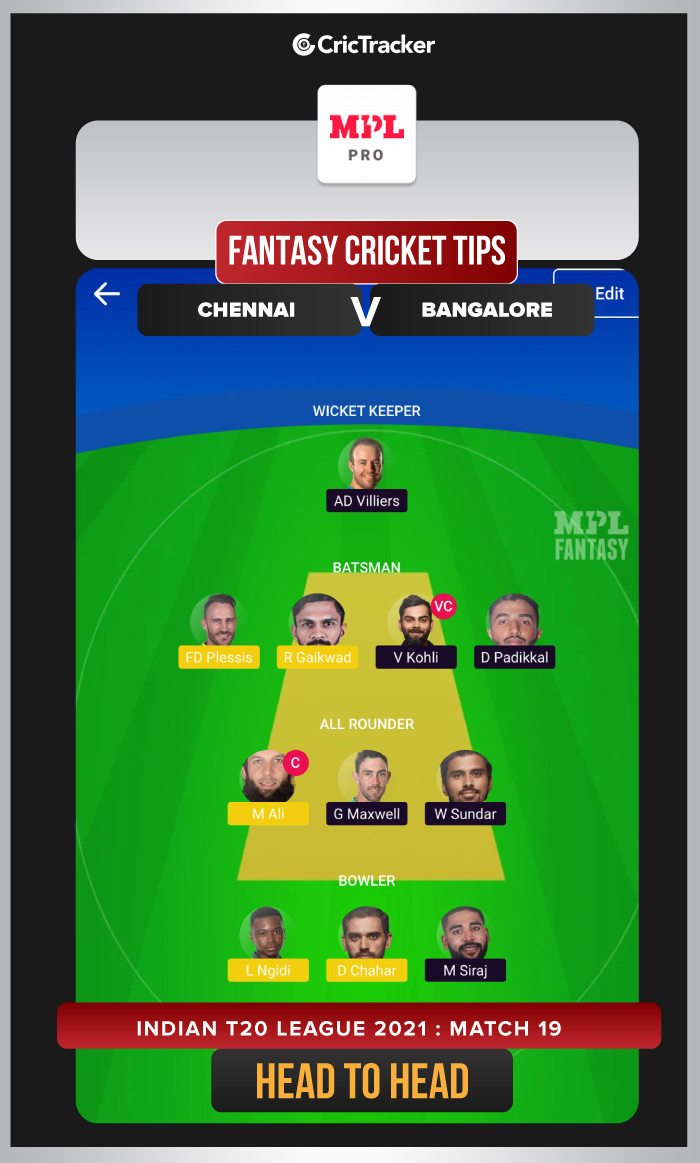 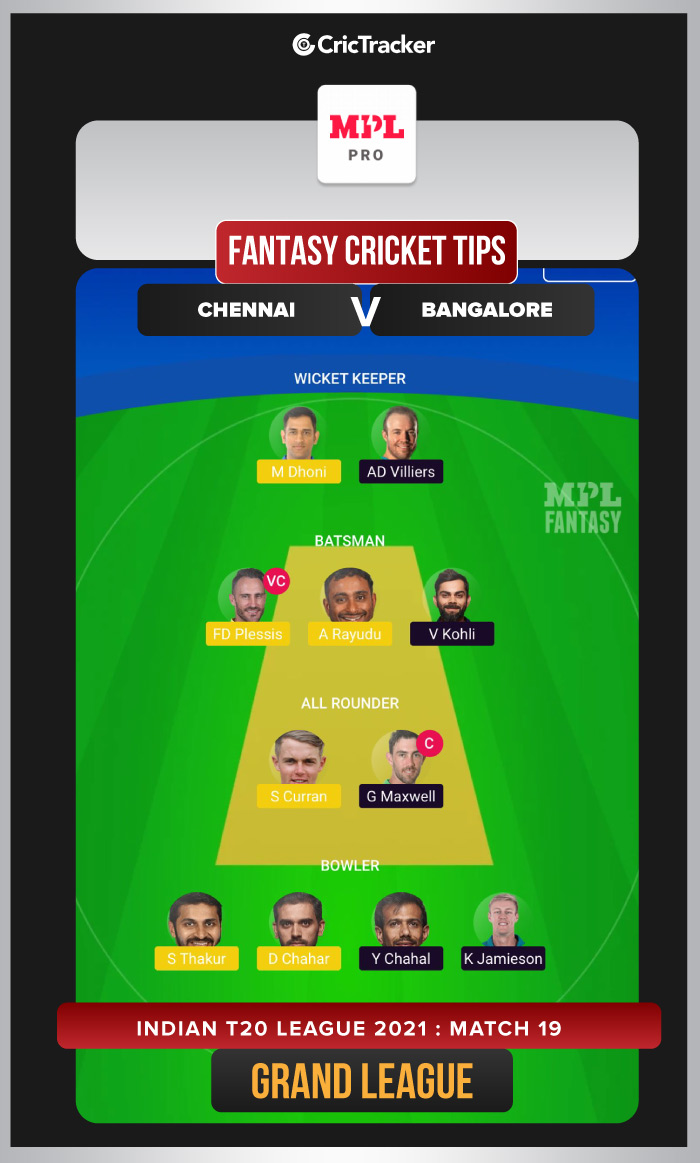