David Warner is a good captaincy option for this match. 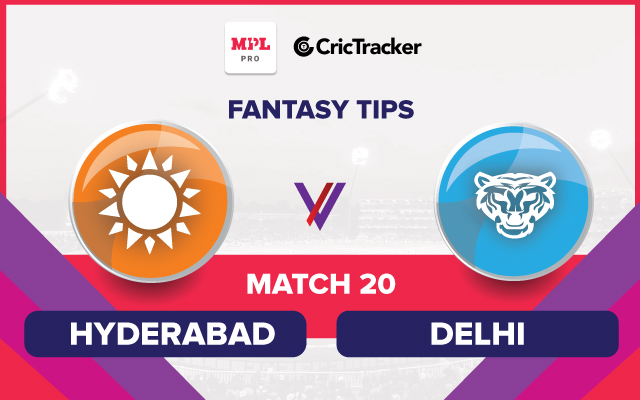 Hyderabad and Delhi will be up against each other for the first time in the ongoing Indian T20 League at the MA Chidambaram Stadium in Chennai. The surface will be on the slower side but the confidence of both sides will be on a high having won their respective previous games. While the Hyderabad side got the better of Punjab, Rishabh Pant and his troops trumped Mumbai.

David Warner is looking in good form with the bat now. He was delighted after the team won their first game of the season and will be keen on leading from the front now. He is the most consistent batsman in the the league over the last few years and having scored 130 runs so far, he will look to add to his tally in this game

Shikhar Dhawan is the proud owner of the Orange Cap at the moment. He has scored 231 runs in only four outings and the strike-rate of 148 is the testament to his great form. He will be key for Delhi again if they are to continue their winning momentum.

Though Delhi have a few left-handers in their line-up, Abhishek Sharma’s left-arm spin will be useful at some point for Hyderabad. He did a fine job in the last game and once again his few overs will be important for Warner. Abhishek can tonk the ball down the order as well and at less credits, has the ability to become  X-Factor player.