Ruturaj Gaikwad is the X-Factor player for this match. Chennai and Hyderabad will face off in match 23 of the ongoing Indian T20 League. This will be the first match for both teams in Delhi. Chennai are enjoying a four-match winning streak while Hyderabad are experiencing a torrid runs in the tournament. They managed to win their first game in four outings but lost their previous game to Delhi in the super over. The David Warner led side will have to pull up their socks before things go out of hand for them.

Faf du Plessis has shown great form opening the innings so far. He is among the top few run-getters of the season. Du Plessis has scored two consecutive half-centuries including a match-winning 95 against Kolkata. He is in great touch at the moment and is a perfect top pick for this match.

David Warner, the Hyderabad skipper, is yet to set the stage on fire with his batting. His only half-century this season came in losing cause and the time has come for him to step up. He has excellent record against Chennai and would want to continue in the same vein against them.

Ruturaj Gaikwad has found form after failing in the first three matches. He has since scored a half-century and a solid 33-run knock which proves he has regained his touch. Ruturaj, along with Du Plessis, will look to give Chennai a very good start again. 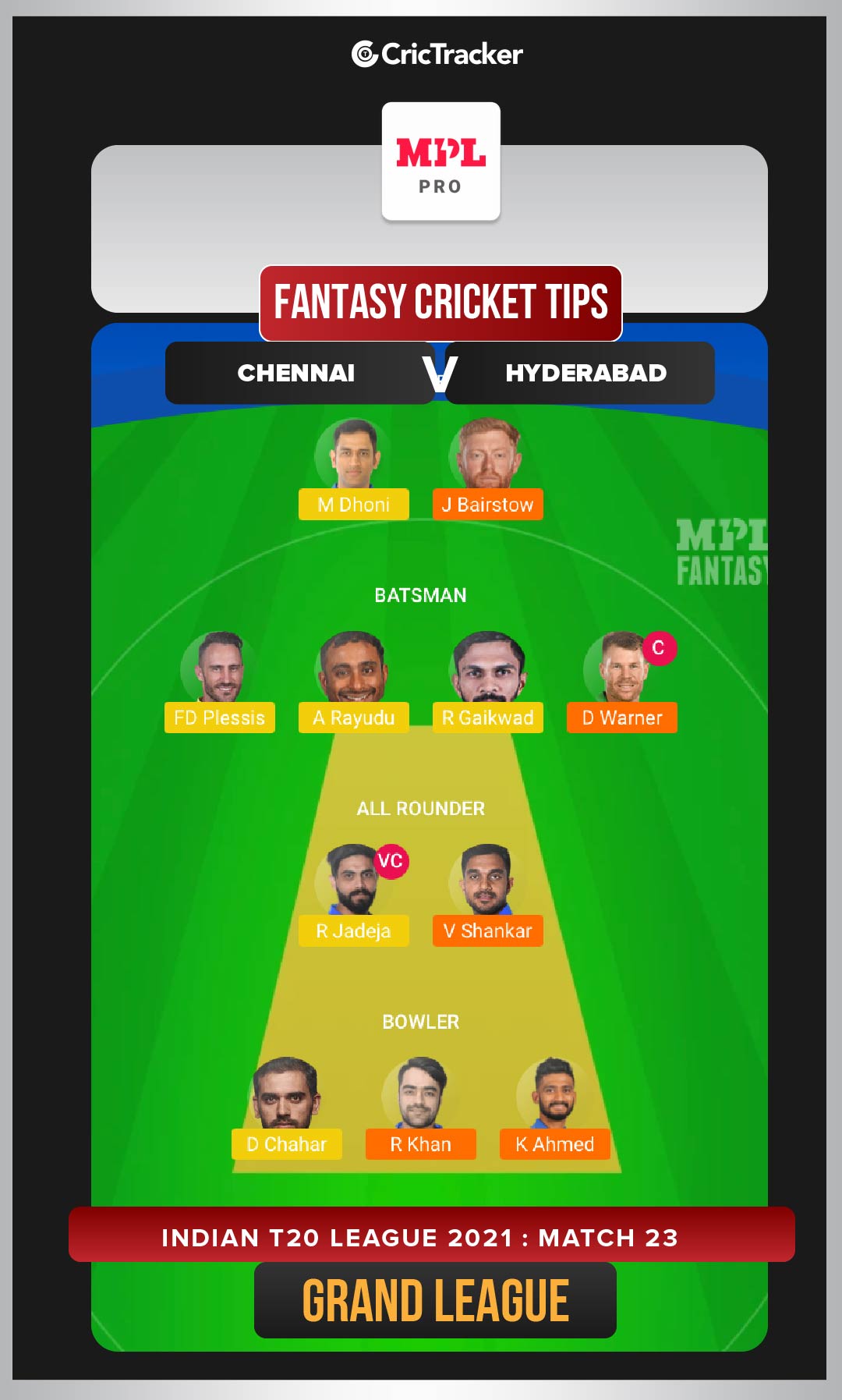