Maxwell and Kohli are good captaincy options for this match. The second leg of matches have started in the ongoing Indian T20 League. Kolkata will face Bangalore in match 30 of the season and the Eoin Morgan-led side will look to make amends soon and look to make their place in the top four. Bangalore, on the other hand, are at the third place with five wins from seven matches and had also won the previous fixture between the two teams by 38 runs. Expect this game to be a cracker as both sides are desperate for a win after losing their respective previous encounters.

Rahul Tripathi has been batting at three and is the only batsman who has looked to up the ante in the top order. Tripathi just needs to be a bit consistent and he can be a superb Fantasy pick. Tripathi has scored 187 runs in seven matches so far at a strike-rate of 135.50 and can clearly earn a lot of Fantasy points on his day.

Virat Kohli hasn’t looked at his best at all. He played a few crunching strokes in the last game but lost his touch soon. But his big knock is not far away having scored 198 runs in seven matches thus far at a strike-rate of 121.47.

Daniel Sams has played only a couple of matches so far. But he has already kept the batsmen quiet conceding only 39 runs in the six overs he has bowled. Sams has so far picked only one wicket but more could be in store. He can also tonk the ball if needed. 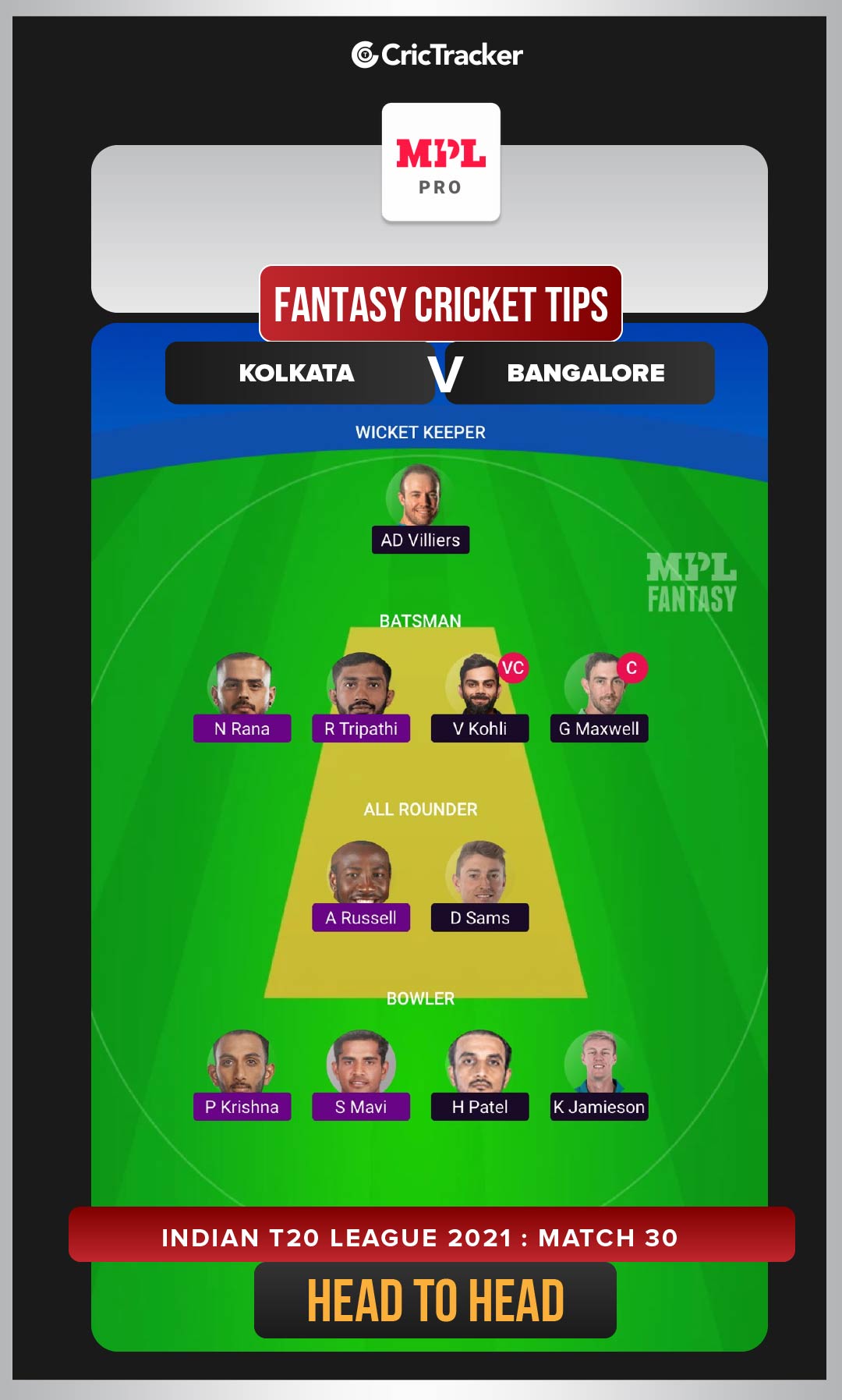