Rahul Tripathi is a good captaincy choice for this rubber. 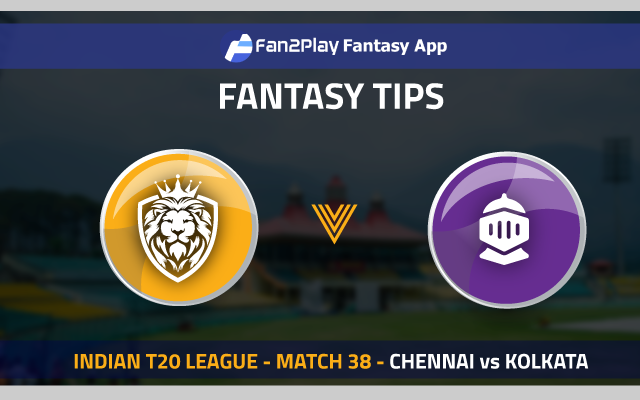 Chennai will take on Kolkata in the 38th match of the Indian T20 League. This match will begin at 03:30 PM IST and will be streamed live on the Hotstar platform.

This encounter is scheduled to take place at the Sheikh Zayed Cricket Stadium in Abu Dhabi.

Both Chennai and Kolkata have experienced scintillating starts to their campaigns in Phase 2 of the Indian T20 league. Both these sides have won both matches that they have played in the UAE leg. While Chennai is placed at the top of the points table, Kolkata is occupying the 4th spot.

While Chennai beat Bangalore by 6 wickets in their previous match, Kolkata thrashed the Mumbai side with 7 wickets to spare.

Captaincy Picks for Chennai vs Kolkata

Rahul Tripathi was in scintillating form with the willow in Kolkata’s previous match against Mumbai. The right-hander scored a classic 74* at a strike rate in excess of 175 to steer his side to victory. He has scored 1249 runs in the Indian T20 league.

Dwayne Bravo won the Player of the Match award for his excellent performance with the ball in Chennai’s previous match against Bangalore. In his 4 overs, Bravo leaked just 24 runs and also scalped 3 wickets. He has picked up a staggering 162 wickets in 146 matches in the Indian T20 league. 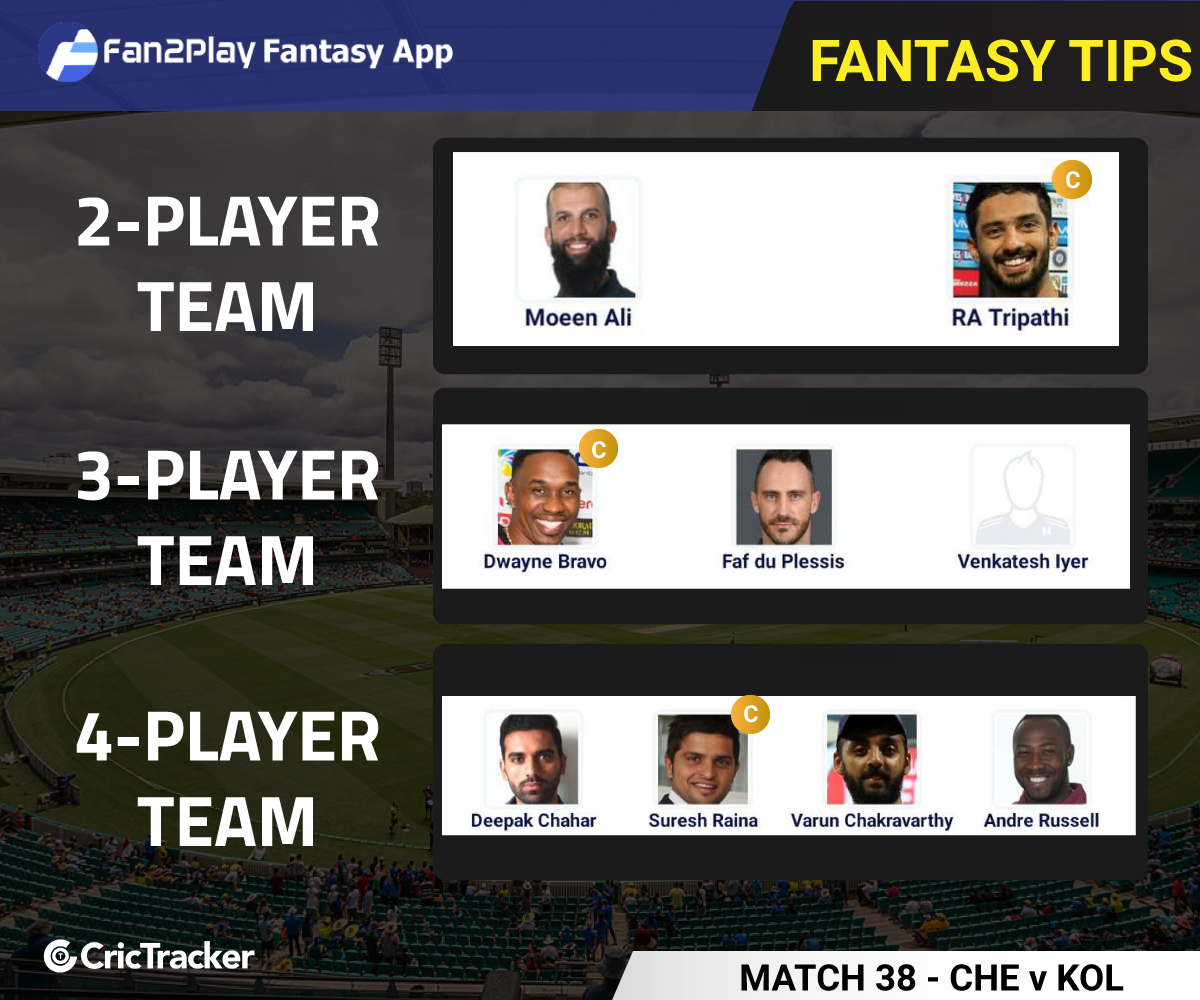 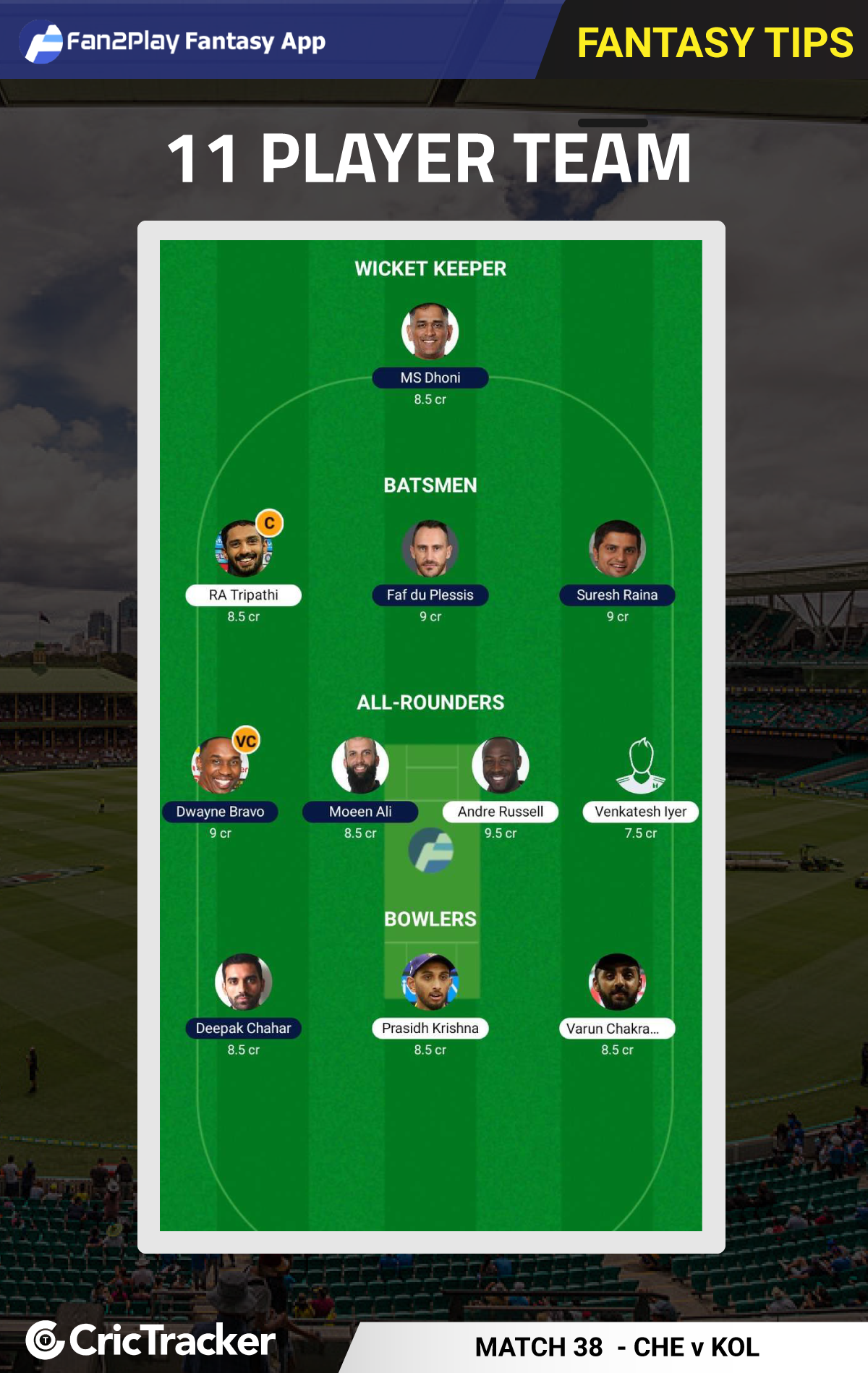