Will David Warner play this match or will get replaced by Jason Roy? Match 40 of the ongoing Indian T20 League 2021 will see Hyderabad facing Rajasthan in Dubai. Hyderabad lost a close game to Punjab on Saturday and that ended their hopes of qualifying for the playoffs. The team has won only one encounter out of nine matches. Having said that, they can very well spoil the party of the other sides now going into the final stages.

Rajasthan, on the other hand, didn’t play their best cricket and went down meekly against Delhi. They will have to win at least four out of their remaining five matches and the team can clearly ill-afford any such performances again now. Hyderabad is a dangerous team now as they might play fearlessly and Rajasthan should be aware of that.

Jason Holder played the best game of his Indian T20 League career against Punjab the other day. He smashed an unbeaten 47 of 29 balls with five sixes. Earlier in the game, he also returned with the figures of 3/19 in his four overs and still ended up on the losing his side. Nevertheless, the all-rounder is the top pick in Fantasy cricket thanks to his skills with both bat and ball.

Mustafizur Rahman is playing his best cricket at the moment. The left-arm seamer bowled exceptionally well against Delhi picking up two wickets in his four-over spell. With a lot of variations up his sleeve, the Bangladesh bowler can pick more wickets and in turn, more Fantasy points as well. Case 1 – If Hyderabad is batting 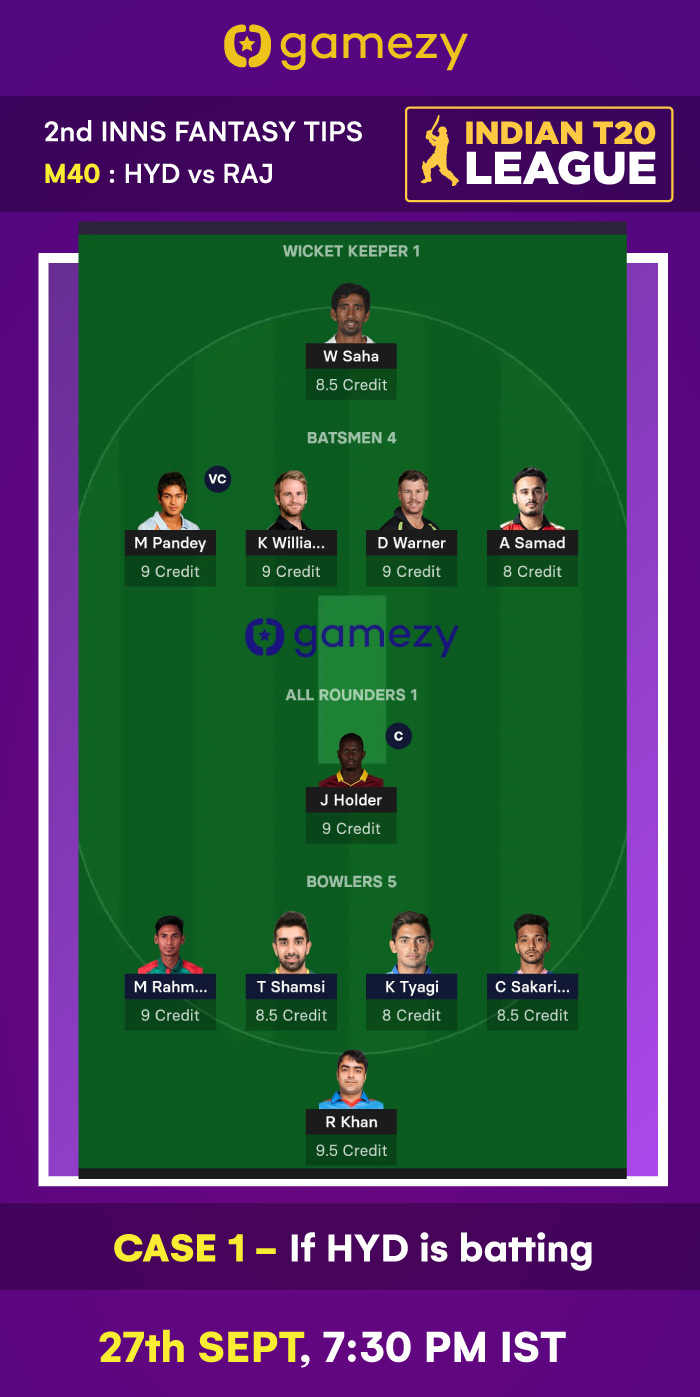 Case 2 – If Rajasthan is batting