Stephen Doheny is one of the top picks for the game.

The North-Western Warriors are set to lock horns with the Leinster Lightning in the 3d match of the Inter-Provincial T20 Trophy 2022, at the Green in Ireland. The North-Western Warriors are coming into this match with a terrific win in their previous match against the Northern Knights. On the other hand, the Leinster Lightning are coming into this wounded after the defeat in their previous match against the Munster Reds. They will be looking to bounce back in this match and get back to winning ways whereas the NWW will be looking to continue their winning run.

The pitch at the Green has been supportive to the batters and the bowlers, it’s quite a balanced wicket and the average 1st innings score at this venue is 123. Also, 60 % of matches have been won while chasing.

Stephen Dohany will be a crucial pick. He smashed 74 runs in the previous match against NK at a strike rate of 151.0.

Graham Hume will be a key player. He scalped 3 wickets in the previous match against NK at an economy rate of 7.30.

Tim Tector will play a key role. He smashed 62 runs in the previous match against MUR at a strike rate of 140.90.

Jack Carty will be a crucial pick. He scalped 2 crucial wickets in the previous match against MUR at an economy rate of 6.50.

Must Picks for NWW vs LLG Dream11 Fantasy Cricket: 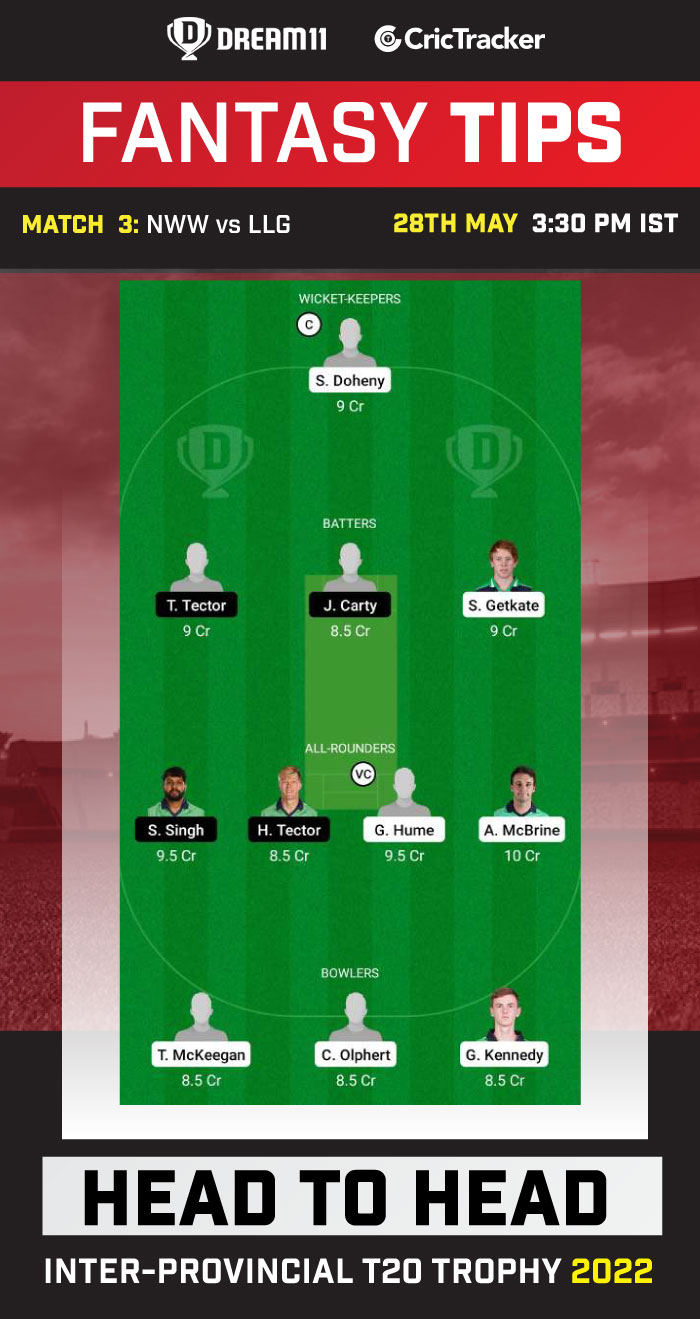 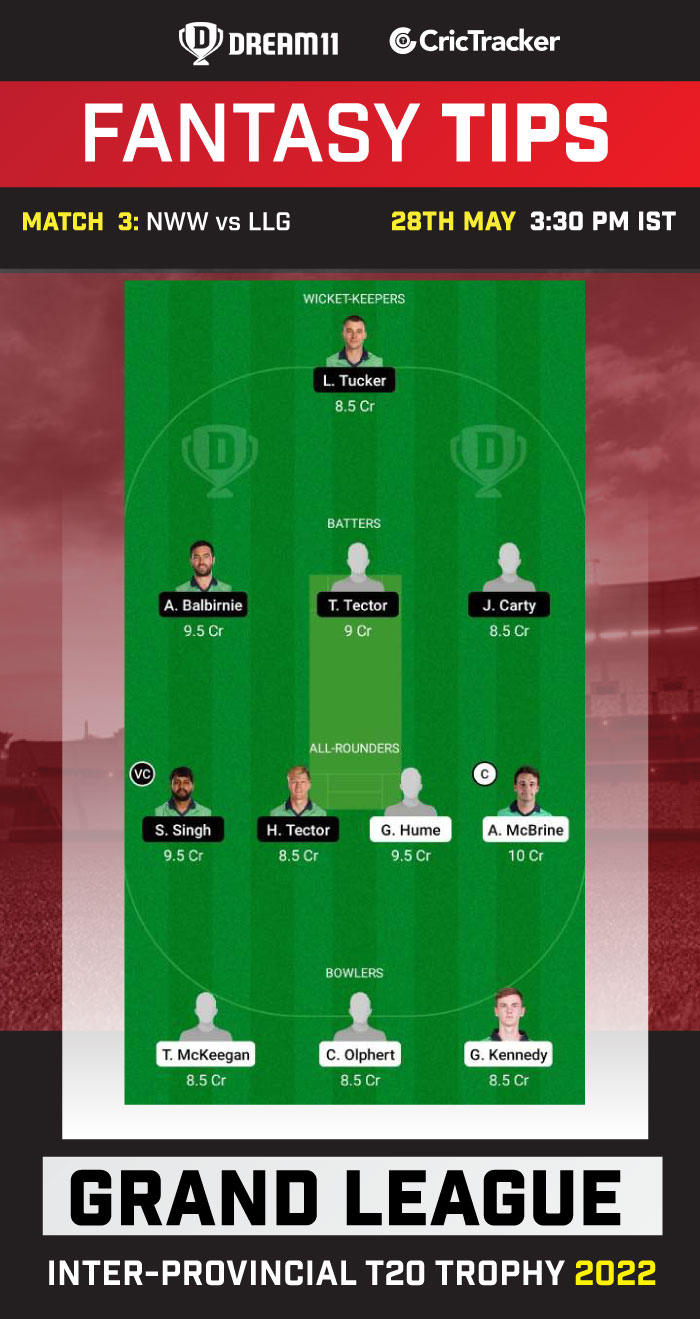 NWW are expected to win the match.