RIsing Pune Supergiant kick off their campaign tomorrow against the Mumbai Indians in the Maharashtra derby.

The second match of the 10th season of the Indian Premier League will see the Rising Pune Supergiant take on the Mumbai Indians. There would be a lot of quality players on show as the two heavyweights prepare to clash at Pune.

With no such injuries haunting the Pune side, Steve Smith’s team has a formidable batting line-up with the likes of Mahendra Singh Dhoni, Faf Du Plessis and Ajinkya Rahane in it. With such powerful hitters in their ranks, the Rising Pune Super Giants are expected to rely on their batters most of the time.

Their bowling attack also looks pretty decent with a good bunch of Indian bowlers. They also have Australian leg-spinner  Adam Zampa who performed incredibly well last year in the few matches he took part in. So it’s a perfect blend of batsmen and bowlers for the Pune franchise and it would be a tough task for the coach and captain to choose the playing XI.

So, let us have a look at the predicted XI of the Rising Pune Super Giant:

After leading the Indian team to a wonderful series victory against the Aussies at Dharamsala its time for Rahane to showcase his talents in the shortest format of the game.

The batsman showed that he has the ability to hit the ball hard in the second innings of the final Test at Dharamsala when he hit Pat Cummins for two consecutive sixes. Rahane is an integral part of Rising Pune Super Giants and is expected to give the side momentum up the order.

Mayank Agarwal has so far not enjoyed a good run at the Indian Premier League but is expected to start along with Ajinkya Rahane against the Mumbai Indians.

Agarwal possesses a poor average of 18.42 in the Indian Premier league and this time has a good chance of improving the same. The batsman who came up during the 2010 under-19 world cup has reached the 50 mark only 3 times in 45 innings but has the ability to hit the big shots.

With no other specialist opening batsman in RPS’s ranks, Agarwal is likely to get the nod and should look to convert his starts to big ones on a consistent basis.

Steve Smith is one of the finest batsmen in the world and will looking forward to captain the side for the very first time and will look to convert his tremendous run-scoring form in the shortest format of the game. Many people were shocked when the franchise decided to name the Aussie as the skipper of the side replacing Mahendra Singh Dhoni.

As a result, this time Smith will have an added responsibility of leading the side apart from batting. But the player is no stranger to this role as he is currently the skipper of a young Australian side.

Smith has an impressive IPL average of 36.21 and has scored a number of 1231 runs in the 54 matches he has played. Looking at the kind of form he is in one could expect him to give the Mumbai bowlers a tough time.

Faf Du Plessis one of the most underrated players in the world would only add strength to the dominating batting line up of the Rising Pune Super Giants. Du Plessis can be a dependable batsman at the middle order and has the capability to shine in the shortest version of the game.

The South African captain had a very successful time with the Chennai franchise and would be hoping to repeat the same kind of performance for the Super Giants as well.

The batsman who has never got out for a duck in his career averages 30.64 in the Indian Premier League. He has never scored a ton in his IPL career abut have gone on to mash 8 half-centuries during his tenure for the yellow brigade.

Ben Stokes is likely to feature against the Mumbai Indians as the only all-rounder in the playing XI. He was bagged by the Rising Pune Super Giants for a whopping 14.5 crores and would be hoping to live up to the faith his franchise had put in him.

The England cricketer can be a handy batsman lower down the order and could be an important bowler for the side as well as he has the ability to break important partnerships.

He has best bowling figures of 3/26 for England and has scored 192 runs in his 21 T20 matches for his country. But playing in the Indian Premier League, Stokes will definitely have the opportunity of playing loads of T20 matches and mature as a player in the shorter version of the game.

The former Indian captain is known for his hard-hitting abilities and would surely be playing the match against the Mumbai Indians. MS Dhoni who is an excellent finisher of the game has an excellent average of 39.42 in the IPL and can be really dangerous for the Mumbai bowlers if he gets going.

Dhoni has played 143 matches in the tournament and now doesn’t have the burden of captaincy anymore which would surely allow him to play more freely.

Surprisingly the 35-year-old is yet to hit a hundred in the league but has 16 half centuries to his name. He has also hit 140 sixes and 236 boundaries scoring a huge 3272 runs in the tournament. 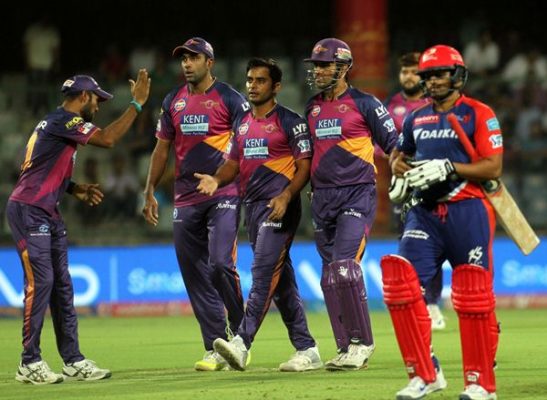 Rajat Bhatia has been a constant for whichever franchise he has played and has a habit of picking up important wickets. He has grown as a cricketer playing in the Indian Premier League and will be a key part of the Rising Pune Super Giant bowling line up.

Bhatia’s experience could turn out to be an important factor during the opening match as the player is quite familiar with handling pressure in tough situations.

The veteran has been a part of 92 matches in the Indian Premier League and has picked up an impressive 69 wickets at an average of 28.48. The bowler also has a decent economy rate of 7.4 with best bowling figures of 4/15.

Jaydev Unadkat has mostly been on the bench for his previous franchises but this can be his opportunity to prove himself. As he is most likely to open the bowling along with Ashoke Dinda, Unadkat will have the task of providing the early breakthroughs for his side.

The left arm pacer could give the Mumbai batsmen a tough time as he has shown his capabilities when he has got the chance. The bowler has bagged 32 wickets in the 35 matches he had played with best bowling figures of 5/25.

His economy rate of 8.41 is a bit on the expensive side and he needs to work on his consistency if he wants to be a regular for the Rising Pune Super Giants.

Ashoke Dinda is likely to open the bowling for the Rising Pune Super Giants in their first encounter against the Mumbai Indians. Dinda’s pace and bounce can be a thing to watch out for as the bowler hits the deck hard while bowling.

Dinda has featured in 75 matches in the cash-rich league and has 68 wickets to his name. The bowler from Bengal has an economy rate of 8.05 which he would like to work upon this time around.

The 33-year-old will look to repeat the same kind of performance with the new ball that he produced when he was with the Kolkata Knight Riders. The player was instantly effective with the new ball under Sourav Ganguly and would like to do the same under his new captain.

Adam Zampa was the most successful bowler for the Rising Pune Supergiants in the last edition of the tournament as had the best bowling average of 9.58 last year. His economy rate of 6.76 during the season is also worth a mention.

The bowler also had the best bowling figures of 6/19 in a match last year which makes him a sure pick in this year’s line-up of the Rising Pune Super Giant.

The right arm leg spinner has an incredible record of 12 wickets from 5 matches in the IPL and the figures are sure to increase this time around.

At a very young age, his abilities were snubbed by Greg Chappell when the Australian was the director of the Rajasthan Cricket Academy but the bowler bounced back in style picking up 8 wickets against Hyderabad in a domestic game restricting them to a lowest ever score of 21 in Indian domestic cricket

However, Deepak Chahar has been a notable absentee in the Indian Premier League when he was part of the Rajasthan Royals. But in 2016 the Rising Pune Super Giant picked him in the playing XI in two games where he went wicketless.

But, if he gets the nod in the first game, it would be an excellent opportunity for the youngster to showcase his talents.