Kings XI Punjab (KXIP) proved to be too good for the visiting Sunrisers Hyderabad (SRH) courtesy the Chris Gayle storm which hit them. It was the exhibition of power hitting from him as he smacked 11 sixes during his innings and then the bowlers did what they do as usual. It was a relatively easy victory for KXIP in the end as the likes of Andrew Tye, Barinder Sran and Mujeeb Zadran didn’t let the batsmen smash the ball at any stage of the game. However, Punjab has strengthened their position at the third position with their third victory.

How can you keep this man out of the game? It was the birthday of his daughter and Gayle celebrated it in style. He has literally taken the IPL by storm ever since taking the field for KXIP in the last game. Chris Gayle is asking a lot of questions to his previous franchise with his every passing scintillating knock. The way he was smacking the ball all over the park, Chennai Super Kings (CSK) must have surely felt that they got away with only 63 runs.

Sunrisers bowled well to him early on as he played out a couple of overs of his nemesis Bhuvneshwar Kumar safely and also got his eye in. Then he started to whack the ball and the first one to suffer was Chris Jordan who was hit for the first of the many sixes on the night. Gayle anticipated the short ball and was ready on the back foot only to swat it over mid-wicket. Then came Rashid Khan and the interesting battle between the players started. While the leggie began well with a skiddy googly, Wriddhiman Saha dropped the tough chance and probably the match.

The next one went over the long-on but the real onslaught from the big man was yet to arrive. He kept on taking the singles and surprisingly ran twos whenever available as well. Also, he scored only a solitary maximum between the overs 8.2 and 12 and played the patient game while the batsmen at the other end looked to take chances.

Rashid came on to bowl in his second spell in 14th over and the game completely changed. The Universe Boss launched an assault on the leggie by hitting him for 4 consecutive sixes. The bowler tried everything he could in that over but those 4 deliveries were meant to go over the ropes when they came off the bat for Gayle. While the first couple of them were mishits, the next couple were hit in absolutely in disdain. Undoubtedly, he scored his 6th IPL century and 21st in his T20 career as the crowd erupted in joy.

It was an absolute joy to watch the masterclass and surely this is the warning for other teams now.

Mujeeb once again makes the difference (0/27)

After losing the last match, CSK skipper MS Dhoni had stressed the fact that Mujeeb Zadran made the difference in the game with his tidy spell. The youngster once again did the same while defending the total of 194. SRH batsmen were trying to find the boundaries when he came on to bowl and the way he bowled his variations was absolutely fantastic. he keeps his composure so well in these situations and doesn’t let it get over him at any stage.

Mujeeb had to bowl to some set batsmen like Manish Pandey and Kane Williamson but the 17-year-old has cracked the code of keeping the best in the business quite. He went for 12 runs in the last over of his spell and still had gone only for 27 runs proves the way he keeps the lid on the batsmen. At no stage he was picked by any of the batters and Mujeeb is growing in confidence with every game.

Though other bowlers picked wickets, it was the spell of Mujeeb which kept the batsmen at bay in the middle overs and handed SRH the first defeat of the season. KXIP, on the other hand, are on a rampage and are looking like a team to beat suddenly. 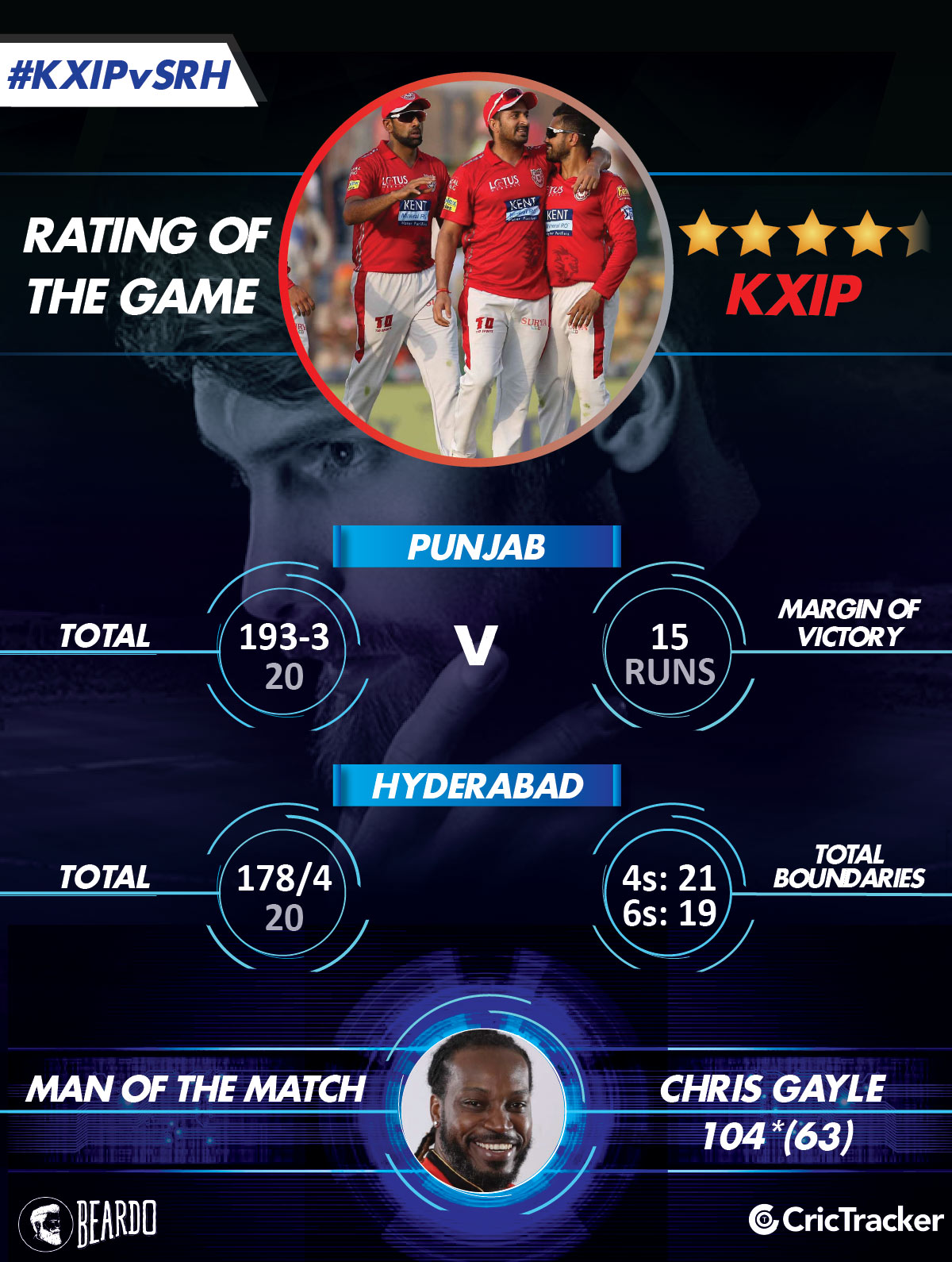