Mumbai surrendered yet another game after enjoying ascendancy for a chunk of the game.

The wicket at the Sawai Mansingh Stadium has had a green sheen to it this season, which has provided assistance to the pacers. The nature of the strip also means that the pitch is well knitted and has few dry patches which aren’t something to cheer about for the spinners. However, the ground is broader than some of the other venues, which gives the bowlers the breathing space.

Rohit Sharma’s decision to defend a target can be justified by the fact that their bowlers have done reasonably well. Also, the reason that their only victory has come while batting first and that they haven’t yet chased in their previous four games induced his choice. Ishan Kishan and Suryakumar Yadav legitimized the move, but all the good work was undone by the batsmen thereafter.

The man behind the wreckage

Following the auction, there was hype surrounding a certain player by the name of Jofra Archer. The Rajasthan Royals couldn’t unleash him in their earlier games due to an injury he had walked in with. He is yet to make his debut in international cricket, however, the spotlight was on him. By the end of the Mumbai Indians innings, the Barbados-born speedster has already made a name for himself.

He clocked over 140 kmph, hurried the batsmen with his pace, not once, not twice, but throughout his spell. He churned out a couple of toe-crushers in the final over, which beat the batsmen for pace and were a bit too quick for Hardik Pandya and Mitchell McClenaghan. To add to his venom he also has a deceptive knuckleball up his sleeve, which bamboozled Krunal Pandya into playing a false stroke.

During the dying stages of the game, the Royals required 44 runs from 24 balls at a required rate of 11 rpo and with seven wickets in hand. Then came a certain bowler by the name of Jasprit Bumrah and he dragged the game in favour of the Indians. Hurling Yorkers is bread and butter for the Gujarat-born pacer and quite expectantly, he nailed the task with disdain.

In the seventeenth over, he gave away a solitary run and nipped out the wickets of Sanju Samson and Jos Buttler, both of whom could have pulled the curtains down on the game with an over to spare. In the second ball, Bumrah rolled his fingers over the leather, which wasn’t read by Samson. The big wind up to smash the leather out of the ground went completely haywire as Hardik Pandya grasped a simple catch.

He didn’t follow up the slower delivery with another slower delivery. Rather, he went back to what he knows best- the vicious toe-crushers. Jos Buttler was caught napping as the thunderbolt clattered into the timber, which might also have taken out the Royals’ hopes of emerging victorious. That was the over which brought the visitors back into the game.

However, fate had also served the best for Bumrah which was to followed by a nightmare and the pacer had no intuition of the same until the end of the 19th over, which fetched as many as 18 runs. A couple of weeks ago, it was Dwayne Bravo, today it’s the lesser-known Krishnappa Gowtham, who turned Bumrah’s world upside down in a space of five minutes and six deliveries.

Bumrah didn’t leave any stone unturned into turning the over from bad to worse. The ghost of the infamous no-ball against Fakhar Zaman came back to haunt him. He overstepped but got away with the free hit. But the remaining deliveries rubbed salt into the wounds of the Indian fast bowler.

Cricket is a Great Leveler- The 17th and 19th over are prime examples of the same. Bumrah turned the match on its head both times, but unfortunately, the last one, definitely and unfortunately, wasn’t in favour of the Mumbai Indians. 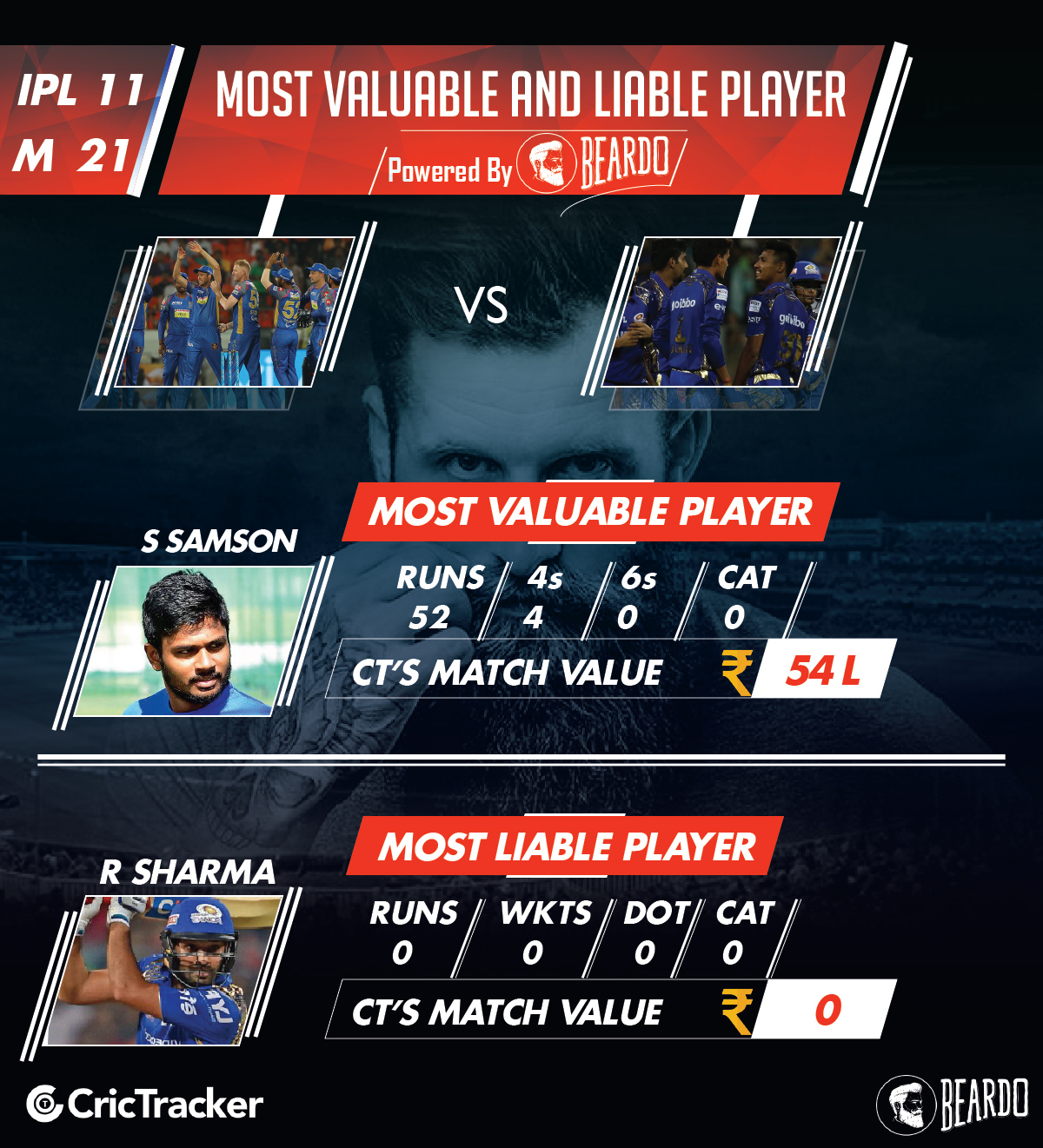