The change in captaincy worked well for Delhi Daredevils as their new skipper Shreyas Iyer led them from the front with an unbeaten 93-run knock. His innings helped the home team to post a huge score of 219/4 which was too many for KKR who lost four wickets in the powerplay overs itself. They registered their first win in four matches with a big 55-run win in this match. Kolkata Knight Riders‘ NRR dipped a big with their 2nd straight defeat which coming after three consecutive wins.

Shreyas had a field day with the records as his 93 off 40 balls is the highest individual score on IPL captaincy debut. The DD skipper hit three fours and ten maximums which is a club record. Shreyas Iyer‘s match performances in the game were valued at 1.1325 crores as per the CricTracker’s player value algorithm. The 18-year-old Prithvi Shaw sparkled with his maiden IPL fifty in his very second game. He scored 62 in 44 balls with nine boundaries that helped him to gain a value of 72.5 lakhs. Robin Uthappa turned out to be the liable player of the game scoring only one run. 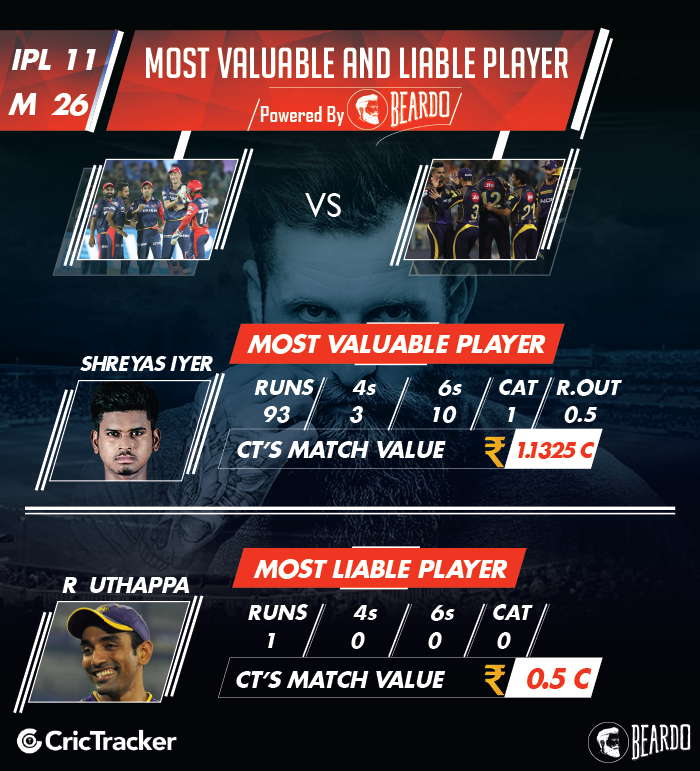 Prithvi Shaw, who became the joint youngest to score an IPL fifty, valued 8.45 times his average match salary with his knock. The youngster was bought for 1.2 crores by the Daredevils at the auctions. Andre Russell turned out to be KKR’s most valuable player for his 44-run knock that included four sixes. The all-rounder’s short chase was the only instance of KKR’s hopes on the victory after a disastrous start. He along with the young Shubman Gill added 64 runs in six overs for the 6th wicket. 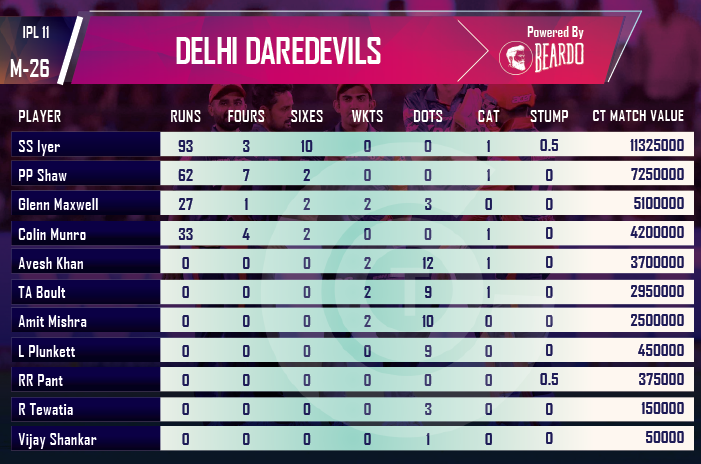 Avesh Khan continued to impress one and all as he claimed the big wickets of Nitish Rana and Russell in his four overs conceding only 29 runs. His match performances were valued at 37 lakhs which is 7.4 times his average match salary. Colin Munro gave them the start the home side wanted as he scored an 18-ball 33 with four fours and two sixes. His match value of 42 lakhs is equivalent to 3.1 times his average match salary as DD bought him for only 1.9 crores. 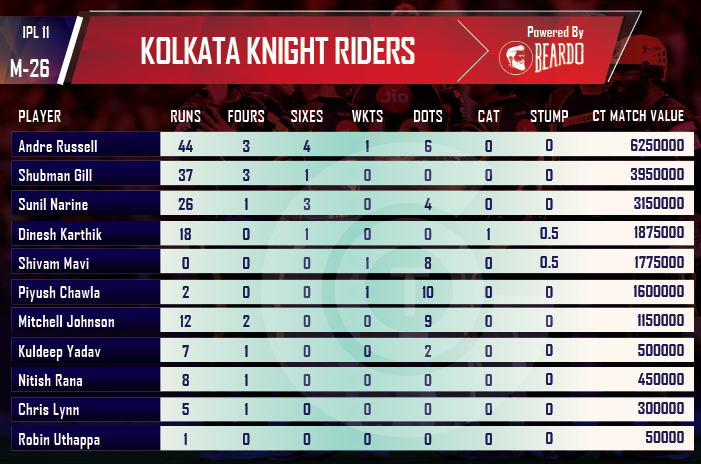