Rajasthan Royals stay alive in the tournament after avenging for the defeat they suffered on Sunday at the hands of Kings XI Punjab with a comfortable 15-run win at home. Their batting struggled to get going after Jos Buttler rocketed them with a quick-fire start scoring 62 runs in the powerplay. His knock of 82 played a crucial push in taking the Royals to a respectable total of 158/8. The home team was well in the hold of their defence picking up wickets regularly. KL Rahul was the lone warrior for his team with an unbeaten 95 as Kings XI fell short of the target by 16 runs.

Following two mediocre seasons with Mumbai Indians, Buttler finally turned up in the IPL with his third straight fifty after being promoted as an opener. His attacking start was crucial in this match as the pitch got tougher to bat on as the game progressed. Buttler scored 58-ball 82 with nine fours and a six that earned him a value of 98.75 lakhs as per the CricTracker’s Player Value Algorithm. He was thus the Most Valuable Player of the match as his match value is equivalent to 3.14 times his average match salary. 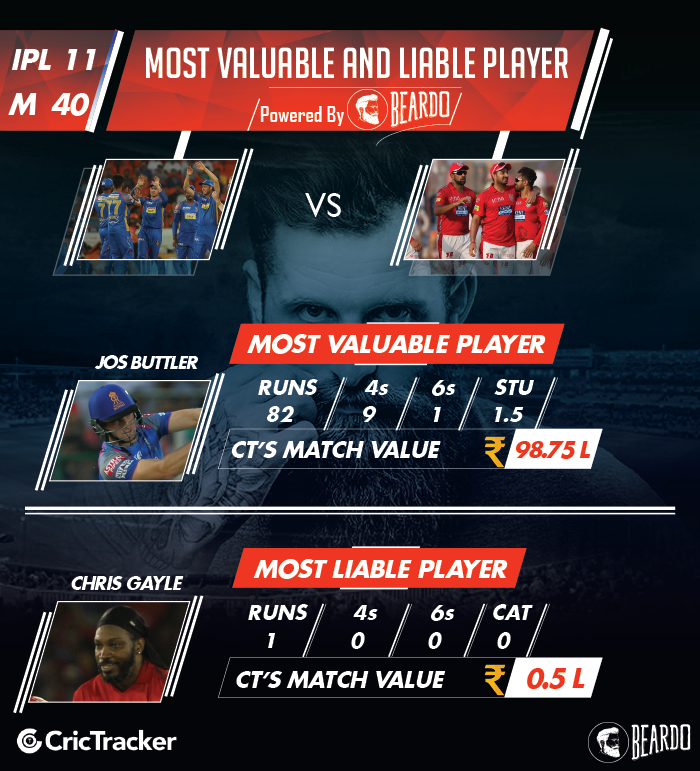 Kings XI Punjab‘s opener Chris Gayle was the Liable Player of the match scoring just one run. Along with Gayle, Anureet Singh also earned only 0.5 lakhs from this match but the RR pacer finished on the winning side and bowled just one over in the match. KL Rahul continued his excellent form in this season and now holds the Orange cap. His 70-ball 95 included 11 fours and two sixes but sadly ended up on the losing side. Rahul earned a value of 1.1 crores which is 1.4 times his average match salary as he was bought by KXIP for a whopping 11 crores at the auction. 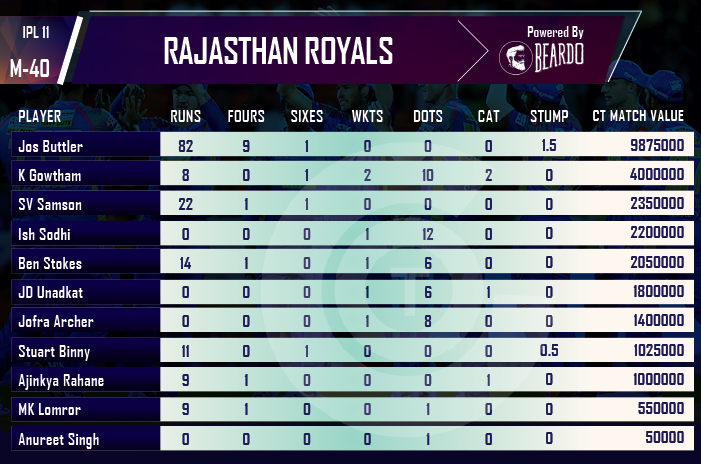 Andrew Tye had an emotional day but gave his 100% bagging a 4-wicket haul to restrict the Rajasthan Royals‘ scoring rate in the last 2-3 overs. His match performances were valued at 87.75 lakhs. Krishnappa Gowtham was crucial in giving his team a perfect start in their defence of 158. The RR all-rounder’s match performances were valued at 40 lakhs. 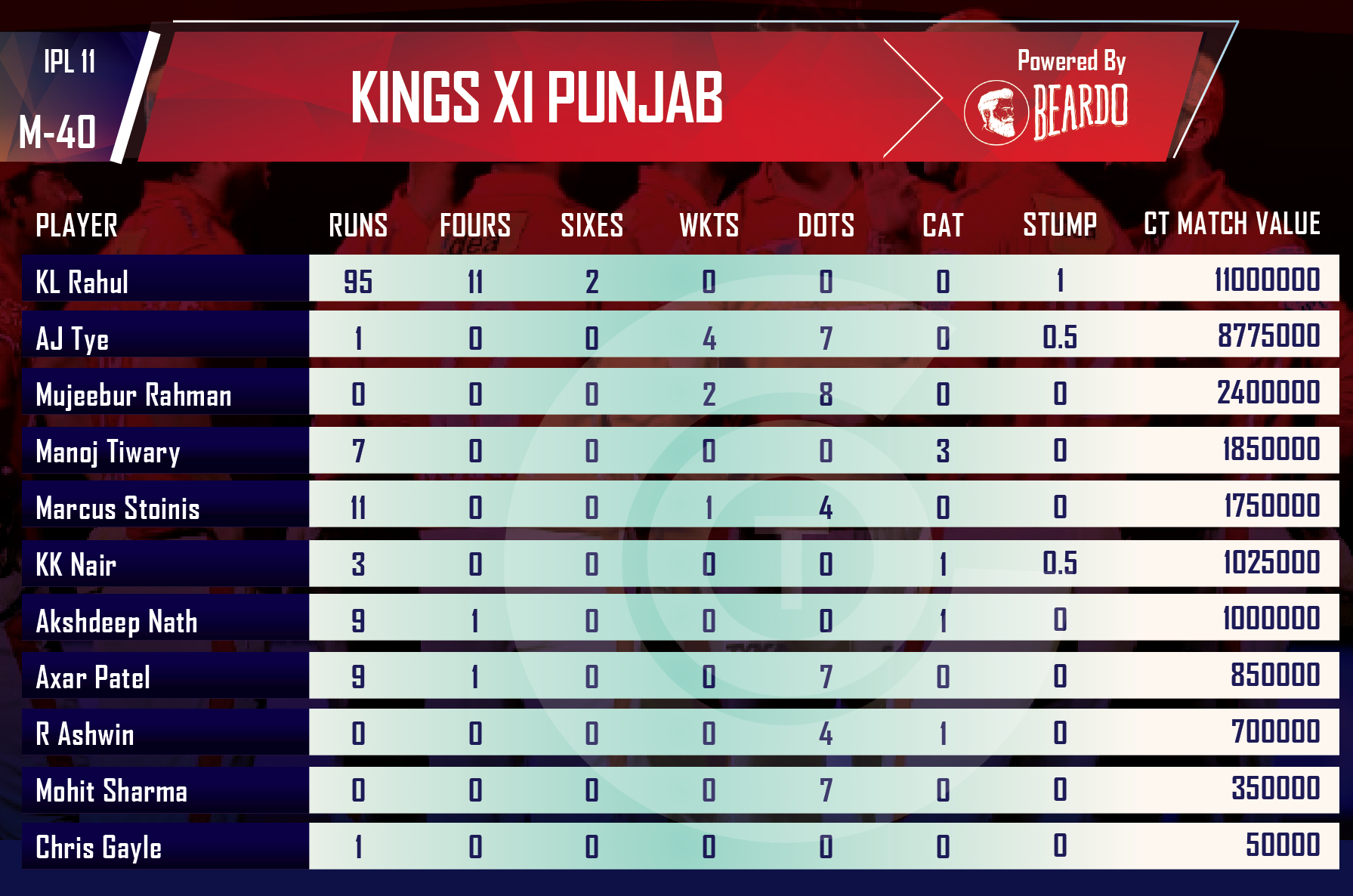