Before the real action starts, here's a sneak peek at what we expect from the exciting encounter.

With the group stage of the Indian Premier League (IPL) 2018 fast drawing to a close, the competition amongst the teams to make it to the playoffs is at its peak. Heavyweight sides like Kolkata Knight Riders (KKR), Mumbai Indians (MI) and Kings XI Punjab (KXIP) are caught in a tussle to ensure their place in the next stage of the tournament. The first game on Saturday (April 12) will find KXIP take on the KKR in an exciting encounter.

Both the sides are on the back-foot at present, having faced thwarting defeats in their respective last encounters prior to the upcoming game. KXIP would go into the match on a slightly stronger foothold, with the memory of the 9-wicket victory in a rain-curtailed encounter at the Eden Gardens against the KKR giving them confidence. Knight Riders, on the other hand, will like to put an end to their recent 2-game long losing streak by gaining 2 points against the KXIP.

Before the real action starts, here’s a sneak peek at what we expect from the exciting encounter.

KKR is known for their tendency to back young players, irrespective of a few bad performances and eventually rake in huge benefits owing to their confidence in the players’ ability. Be it Shivam Mavi or Shubman Gill, the Dinesh Karthik-led side has had a good season so far from the youngsters. If given a chance on Saturday, we might expect young pacer, Prasidh Krishna to come up with a match-winning performance.

In their last encounter against the MI, KKR bowlers were smacked all over the park and they’ll look to stem the run flow of the KXIP if they’re to win this match. Since KKR is in a must-win situation here on in every match, young Krishna will have to put his best foot forward. The young lad got his maiden IPL wicket in the form of Rohit Sharma. Although he was hit for 41 runs in his quota of 4 overs, Krishna bowled the right length in the majority of his deliveries and even attracted the appreciation of his skipper for a particularly good short ball outside off to Evin Lewis in the previous match.

Chris Gayle to come out of his temporary hibernation mode

KXIP are currently at the third spot in the rankings but they’ll be eager to avoid a defeat in order to further consolidate their claim on the playoffs spot. Although Lokesh Rahul has been sensational for them this season, the rest of the batting order failed to come together for them in the last match. This fallacy will need to be corrected against as strong a side as KKR and Chris Gayle just may be the man to take up that task at Indore on Saturday.

The mighty Gayle is known to blow hot and cold in the history of the IPL, putting up a stellar knock followed by some average scores before he hits is big again. He’s been quiet for the last few matches with single digit scores of 1 and 8 in his last two games. Hence, the game against KKR can be expected to be the perfect platform for Gayle to unleash his batting genius and add some more runs to his tally of 311 runs in 7 games of IPL 2018. 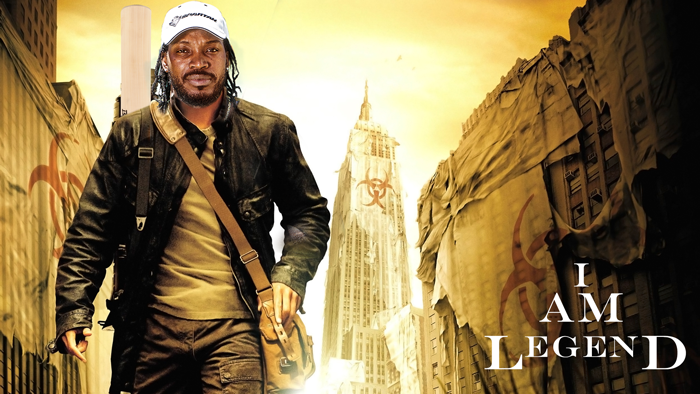