Harshal Patel's all-round effort was enough today for the visitors.

Delhi Daredevils (DD) sensationally pulled off a brilliant victory against Chennai Super Kings (CSK) by 34 runs at the Feroz Shah Kotla Stadium. The result hasn’t affected the points table at all but it will surely give confidence to the hosts ahead of their last league game. Harshal Patel was the star of the Match who batted brilliantly in the last over which propelled his team to a fighting score and then executed his variations perfectly with the ball to seal the game for his team.

Lungi Ngidi was included in the side at the expense of David Willey and the young pace bowler reaped rich rewards straightaway proving his worth. There is no doubt about the fact that the Men in Yellow are struggling to come to the terms with their death overs bowling. But with the pace of Ngidi, he could prove to be a good option and CSK has one more game to test him ahead of the playoffs as he wasn’t used by MS Dhoni at the death surprisingly.

Lungi was brought into the attack in the second over of the innings and he used the new ball well to give away only a couple of runs. He was then handed over the ball in the 11th over which was game-changing and also dented the hopes of Delhi to post a big total on the board. The third ball of his over skidded off the wicket which was short of a length even as Shreyas Iyer backed away to cut it. But he was beaten for pace and missed the delivery altogether only to see his off-pole crash.

While the wicket of the skipper was not enough, the hosts lost their in-form batsman Rishabh Pant in the same over. It was again a short of a length which was slanted across the left-hander as the batsman tried to heave it on the leg-side and ended up edging the ball to the third-man where Dwayne Bravo was stationed. The pace worked in favour of Ngidi here again and the double-wicket over turned the game. He bowled a decent 16th over as well but for some strange reasons, Dhoni didn’t go back to him at the death as he was denied a well-deserved four-over spell.

As soon as the power play came to an end, the veteran was introduced into the attack as the openers of CSK were set and it was important to break the partnership. The leggie didn’t disappoint his skipper by sending back Shane Watson off the fourth delivery of his spell. It was a flighted leg break from the old warhorse and enticed the batsman to hit against the turn which he did. The ball went more in the air instead of covering the distance and the fielder at long-off pouched an easy catch.

He would’ve got the wicket of Suresh Raina as well off the very next delivery only for the wicketkeeper to drop a tough chance. He went for runs against Ambati Rayudu but the experienced bowler didn’t perturb and kept on bowling probing line and lengths. He was rewarded in the final over again with the Sam Billings as he swept across the line and the ball took the edge to settle into the hands of short fine-leg fielder Abhishek Sharma. His wily spell of 2/20 in the middle overs kept the pressure continuously on the visitors which paid off in the end. 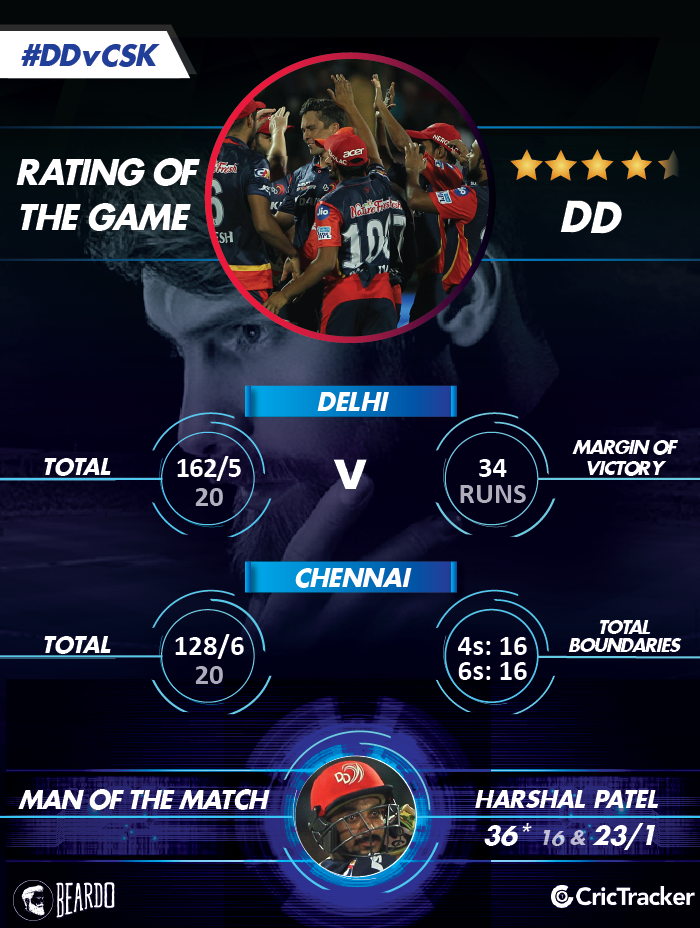