Day 2 of the Auction Live.

The IPL Auction 2018 is slated to be held in Bengaluru on January 27 and 28 and the auction will be live at 9 AM IST. The eight franchises – Mumbai Indians, Chennai Super Kings, Rajasthan Royals, Royal Challengers Bangalore, Kolkata Knight Riders, Delhi Daredevils, Kings XI Punjab and Sunrisers Hyderabad will pick the players they wish to add to their line-ups after retaining a few in the Player retention event.

A total of 578 players will feature in the 2018 IPL auction which includes 360 Indians out of which 298 are capped and 62 uncapped. 218 overseas players which comprise of 181 capped and 37 uncapped players. 16 top players have been slotted in the marquee category.

Mumbai will be led by their three-time champion skipper Rohit Sharma, with the return of Chennai, MS Dhoni also takes back the captaincy, Rajasthan retained just one player, the Aussie leader Steve Smith, Sunrisers Hyderabad also retained their captain David Warner and so did Royal Challengers Bangalore holding onto Indian skipper Virat Kohli. The other teams: Daredevils, Kings XI and Knight Riders will also be looking to signup a player in the auction who can take-up the charge of the unit.

The eight teams retained a total of 18 players 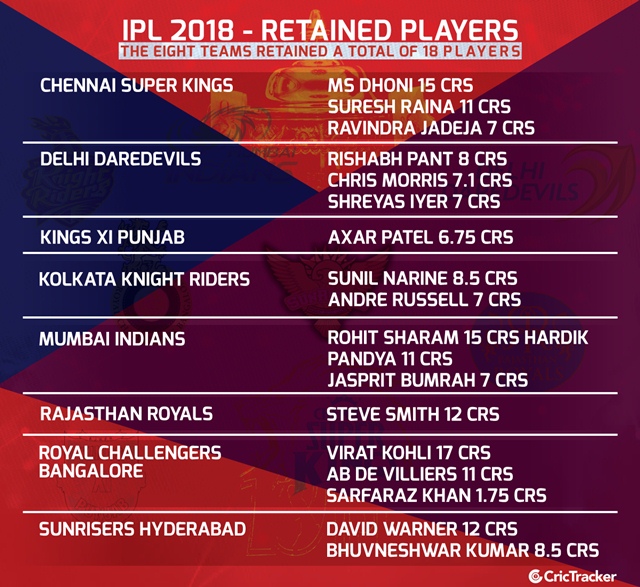 Purse size of each team for the IPL 2018 Auction 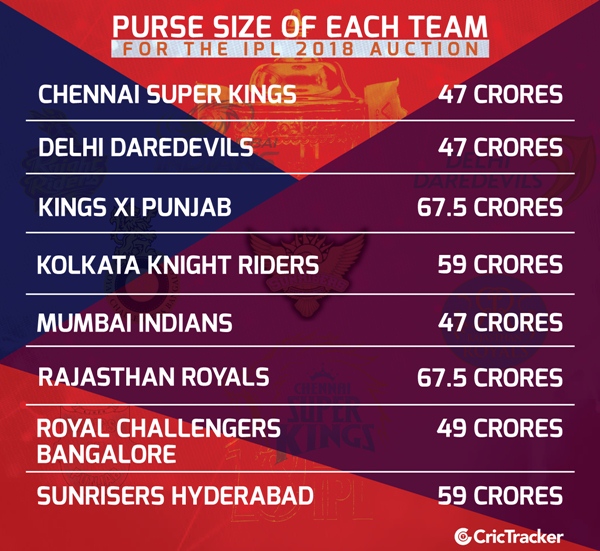 IPL Auction 2018: Right to Match (RTM) cards with each team 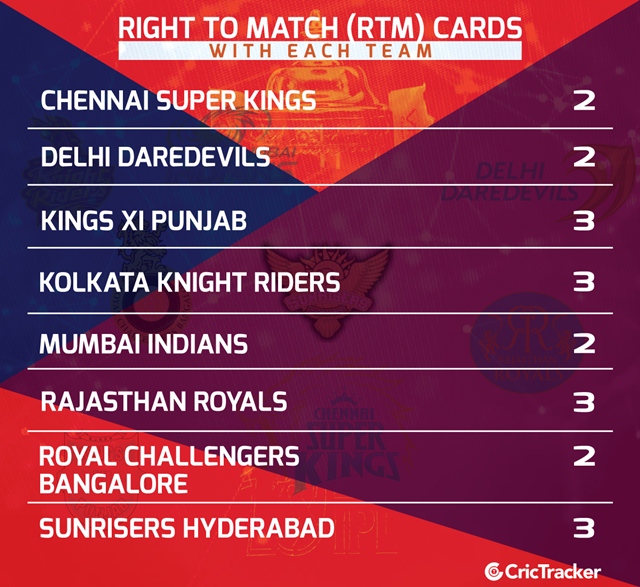