Dew played a massive factor in the game and six balls had to be replaced in 40 overs.

The MA Chidambaram Stadium again tested out both the teams in Match 12 of the IPL 2019. While it was a rank-turner in the first match, it had assistance for the pacers as well in this game. Furthermore, dew only made conditions worse with the outfield slowing down drastically and the bowlers found it hard to grip the ball. It wasn’t coming onto the bat well either. In this situation, MS Dhoni rose up to the occasion and played one of his best innings ever.

He quickly assessed the situation and knew exactly what he had to do. He dug in deep and got accustomed to the conditions. The wicket-keeper batsman brought out his vintage stuff yet again and finished things off beautifully for his team. His knock helped the Chennai Super Kings (CSK) win the match against Rajasthan Royals (RR) by a mere 8 runs. Even though they took the game right till the last over, RR failed to finish it.

The toss didn’t go in the favour of Chennai Super Kings (CSK) in this match. Furthermore, they had a terrible start to their innings. Their openers, Ambati Rayudu and Shane Watson, failed to apply themselves in the tough conditions. While Rayudu got out for 1 run after failing the assess the pace of the pitch, Watson looked good initially. But he ended up poking at a short, wide delivery and was caught at short third man.

Kedar Jadhav came in at number four and smashed two boundaries off his first two balls. He tried to do the same off his third ball but edged that to the keeper. At this stage, Suresh Raina and MS Dhoni put together a fine partnership. They marshalled 61 runs together with a display of smart cricket. After getting 36 runs, Raina got out.

However, Dhoni kept going strong from one end. He took his time initially and got the big shots out once he settled in. He didn’t take too many risks in the first 17 overs and only tried to use the pace of the bowlers most of the times. Then, he went big in the last three overs where 60 runs were scored. The 37-year-old remained unbeaten on 75 off 46 balls as CSK finished with a good 175 runs on the board.

Chasing this tough total, RR lost their skipper Ajinkya Rahane for a duck. The centurion of the last game, Sanju Samson was also dismissed cheaply for 8 runs while Shardul Thakur got the better of Jos Buttler after he piled up 6 runs. At 14/3, the Royals were seemingly in deep territories of trouble. At this point in time, Rahul Tripathi played a beautiful knock.

He was smart with his shot selection and scored an aggressive 39 off 24 balls despite playing with an injured ankle. Steve Smith, though, struggled during his stay in the middle. He plodded his way to 28 runs in 30 balls he holed out to the long-off fielder. However, Ben Stokes and Jofra Archer put up a massive fight back right till the end. The left-hander scored 46 off 26 balls while Archer was unbeaten on 23 off 10 balls. But, DJ Bravo dismissed the left-hander in the final over and defended 12 runs.

Man of the Match: MS Dhoni 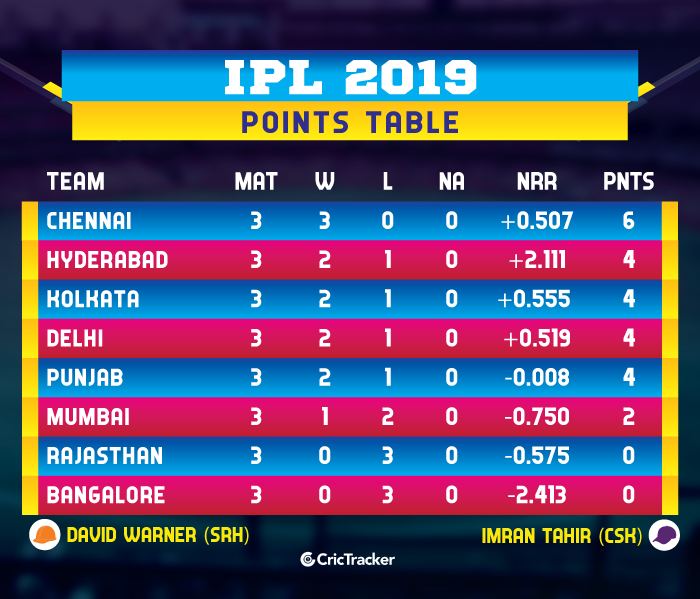