IPL 2019: Match 13, KXIP vs DC, Review – Sam Curran helps Kings XI Punjab pull off a win from the jaws of a defeat

IPL 2019: Match 13, KXIP vs DC, Review – Sam Curran helps Kings XI Punjab pull off a win from the jaws of a defeat

The Capitals lost their last 7 wickets for just 8 runs.

The Delhi Capitals have got themselves to blame for the loss against Kings XI Punjab in Match 13 of IPL 2019. They made a mockery of what should have been an easy chase and would be dejected after this loss. The KXIP bowlers have got to be commended for their brilliant efforts in the game.

Even though they did not have a big score to defend, they bowled their hearts out. Until the 16th over of the second innings, it seemed as if Delhi would get over the line with ease. But the bowlers fought back brilliantly and almost pulled off the improbable. They gained another two important points in the league as they have now raised up to the second spot on the points table. Million dollar baby, Sam Curran, bagged a hattrick to seal the game for his team.

After winning the toss, Shreyas Iyer of Delhi Capitals opted to field first. KXIP made quite a few changes to their eleven in the game. They dropped Chris Gayle and instead opened in innings with English all-rounder Sam Curran. KL Rahul, the other opener, got to a good start and hit two fours and one six initially. However, Chris Morris exploited one of his flaws and trapped him in front of stumps LBW.

Curran also scored a quickfire 10-ball 20 before he made the long walk back to the pavilion. Mayank Agarwal, the Man of the Match in the previous game, was involved in a slight mix-up with Sarfaraz Khan. He was just about a metre short of the crease and that was enough for Shikhar Dhawan to inflict a direct him and run him out.

Sarfaraz Khan and David Miller built up a good partnership. However, neither of them managed to kick on and pile up a big total. While the youngster got out for 39, the South African was dismissed for 43. Mandeep Singh hit a four and a six of the last two balls to help his side finish with a total of 166/9 which definitely seemed below par.

The bowlers do a terrific job for the home team

The Delhi Capitals lost Prithvi Shaw off the first ball of the chase. KXIP skipper Ravichandran Ashwin managed to find the edge and KL Rahul collected it comfortably. Both Shreyas Iyer and Shikhar Dhawan looked decent during their stay in the middle. But they got out for 28 and 30 runs respectively just as they looked to be set for a big score.

Rishabh Pant and Colin Ingram also put up a nice, little partnership just like the previous pair did. Furthermore, even they failed to capitalise. But what was worse is that they got out at an extremely important juncture of the game. With all the ability that he has got, it Pant cannot work on his temperament, it is all nothing but wasted. He should have looked for the singles when Delhi needed 23 off 21 balls.

Instead, he went for the fancy big shot and was clean bowled. Delhi yet again failed to finish the game despite being in control throughout. They lost the last seven wickets for just 8 runs and messed up the chase completely. The side was bundled out for 152 runs in 19.2 overs and lost the game by 14 runs.

Man of the Match: Sam Curran 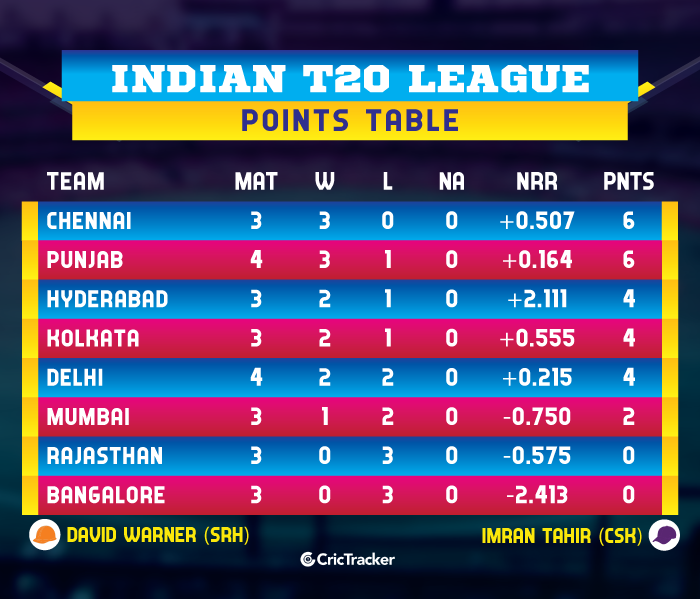