Gayle is only the second batsman after Suresh Raina to end on 99 not out.

Two significant incidents took place in the match between Kings XI Punjab (KXIP) and Royal Challengers Bangalore (RCB). Firstly, the visitors registered their first win of the season and prevented the embarrassment of losing 7 matches in a row at the start of the season. On the other hand, KXIP’s 7-match winning streak in Mohali came to an end. AB de Villiers played a terrific knock in the game ensured that his team got through.

Virat Kohli also played a valuable knock in the game and registered a fifty. The RCB bowlers brought out their best performance of the tournament in this game. Chris Gayle’s unbeaten 99 in this game went in vain as the opposition comfortably registered an 8-wicket win.

Chris Gayle stranded on 99 at the end of the innings

The Kings XI Punjab side was put into bat first in this match. Wicket-keeper batsman KL Rahul faced a rare failure in this match. He first smashed Yuzvendra Chahal for a six and tried to do it again off the next ball. However, he missed that one and ended up getting stumped out. Likewise with Mayank Agarwal, who was bowled by the leg-spinner the next ball after he hit the six. These two batsmen scored 18 and 15 runs respectively.

The KXIP innings was all about Chris Gayle. No one else in the line-up managed to cross an individual score of 20. Mandeep Singh remained unbeaten on 18 towards the end. Gayle got off to a brilliant start. At the end of the first 10 overs, he was on 53 but slowed up later on.

He took a defensive approach as the wickets fell from the other end. The Universe Boss did up the ante towards the end but only 51 runs came off the last five overs. The left-hander needed to hit a six off the last ball to complete his century but could only get a four. This has left him unbeaten on 99 as his team finished with a mediocre score of 173/4.

RCB’s chase started off with Parthiv Patel smashing four fours in 9 balls. The left-hander scored 19 runs before he got out. But after he fell, Virat Kohli and AB de Villiers built up a high-quality partnership. The skipper played really well and put on display some glorious shots. However, he has failed to finish the game for his team and got out for 67 when his side was 46 runs shy of a win. At this stage, the required run rate was hovering around 10.

After he got out, Virat and Ravi Ashwin had a verbal war and the duo hurled some abuses at each other. But with wickets in hand and the dew playing a role, the job was quite easy for RCB. AB de Villiers remained unbeaten on 59 while Marcus Stoinis scored 28 runs as RCB registered an 8-wicket win with four balls to spare. Ashwin stunned everyone by tossing the ball up to Sarfaraz in the last over despite having one over of Sam Curran left. 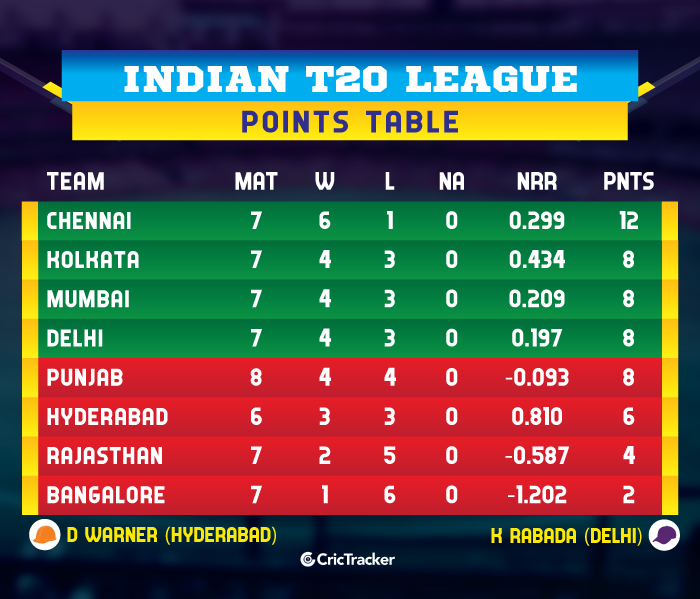