Delhi broke the Kotla jinx to register the second win in five games this season.

The Delhi Capitals have finally won a game while playing at home. The team played four games at the Feroz Shah Kotla before this match in the season but won only one. Shreyas Iyer and Shikhar Dhawan were the chief architects behind this victory. Playing in the tough conditions, it needed the senior players in the team to step up and deliver.

With this win, they have avenged the embarrassment faced at Mohali earlier in the season. Since 15 April 2017, DC never managed to defeat KXIP and this triumph comes as a huge sigh of relief for them. The Capitals now have 12 points on the board and have inched one step closer to making it into the playoffs after ages.

The Kings XI Punjab were put into bat first in this encounter. KL Rahul, who has usually been highly consistent, has failed yet again in this duel. He fell to Sandeep Lamichanne attempting an expansive drive but missed the ball. Rishabh Pant did the rest from behind the stumps and got him stumped out for 12 runs. Mayank Agarwal and David Miller also failed to score big. The duo only managed to score 2 and 7 runs respectively.

Then, Chris Gayle built up a good partnership with Mandeep Singh where he was the aggressor. The Caribbean cricketer had his intentions clear and raced his way to 69 from 37 balls. He looked set to get to the triple figures but a rally catch from Colin Ingram and Axar Patel put curtains to his knock. Mandeep got out after crawling his way to 30 from 27 balls. Ravichandran Ashwin and Harpreet Brar scored 16 and 20 runs towards the end as KXIP finished with 163 runs on the board.

The chase was going to be tough as the pitch tends to slow down with progression in the night. Dhawan knew this and made the most of it when the ball was new. He had a role to play in the unfortunate run-out of his partner Prithvi Shaw but looked to make up for his mistake with the way he batted. The left-hander called Shaw for a run but sent him back midway and Mandeep Singh affected a direct hit. Then, Dhawan built up a good partnership with skipper Iyer where they added 92 runs together.

Dhawan played a good knock and got out after piling up 56 runs from 41 balls. Rishabh Pant played an absolutely nothing shot and got out after he scored 6 runs from 7 balls. Yet again, some quick wickets fell for DC towards the end of the innings. Both Colin Ingram and Axar Patel fell when the team was inches away from a win. However, Iyer kept his cool in the pressure situation and finished the game for his team with a four.

Man of the Match: Shreyas Iyer 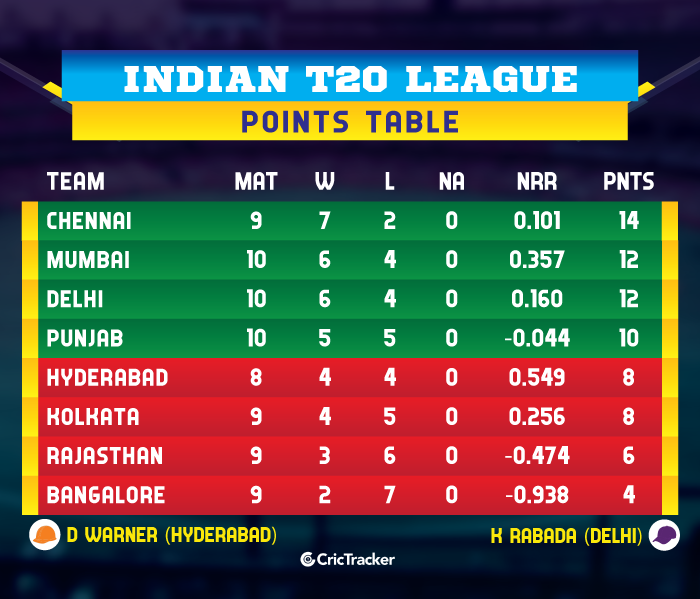