RCB now have a hat-trick of wins and find themselves out of the last spot on the points table for the first time this year.

Yet again, the M Chinnaswamy Stadium in Bengaluru treated the fans with a high scoring encounter. It was the home team that has prevailed yet again in this game and still stand a chance of making it to the playoffs. RCB has now won four out of the last five matches and it was AB de Villiers who was the star of the night.

The former Proteas cricketer was absolutely on fire in this match and ripped apart the death bowling of KXIP. The hosts scored 64 runs off the final three overs of their innings which ultimately made the difference towards the end of the game. For the first time in this season, the Bangalore franchise found itself out of the last spot on the points table as they have now displaced the Rajasthan Royals.

Virat Kohli was batting on 3 after his side was put into bat first when Hardus Viljoen dropped a sitter. However, the skipper couldn’t make the most of this early reprieve. When Mohammed Shami came to bowl his second over, he again created a chance off the first ball that he bowled. This time, Mandeep Singh didn’t make any mistake and pouched a comfortable catch dismissing the danger-man for 13. Then there was a good partnership between Parthiv Patel and AB de Villiers.

But the Ashwins did back-to-back damage right after the powerplay. While Murugan dismissed Parthiv Patel for 43, Ravichandran got the dangerous Moeen Ali out for just 4 runs. Then Hardus Viljoen also joined the act. He got the better of Akshdeep Nath who walked back to the pavilion without troubling the scorers much. However, AB de Villiers swam against the tide along with the help of Marcus Stoinis. The duo first revived the innings and was sailing along at a smooth pace.

RCB was at 138 at the end of 17 overs before the destruction came in. Viljoen went for 16 runs in the 18th over followed by a 21-run 19th over from Mohammed Shami. The final over from Viljoen saw ABD and Stoinis at their best as another 27 runs were scored and RCB finished with a massive 202/4. From 46 off 34 balls, the South African raced his way to remain unbeaten on 82 from 44 balls. Stoinis played a handy knock of 46. Skipper Ashwin was the best bowler for the visitors. He conceded just 15 in his four overs while Shami went for 53.

Chris Gayle and KL Rahul got RCB off to an excellent start. 36 runs came in the first three overs. Gayle was looking dangerous after scoring 23 runs from only 9 balls. But on the 10th ball, Umesh Yadav pegged him with a short ball and sent him back into the hut. The Bangalore boys Rahul and Mayank Agarwal built a good partnership after the fall of this wicket and were looking set for big scores.

However, both of them were dismissed in a span of six balls leaving the visitors in the doldrums. But two overseas left-handers, David Miller and Nicholas Pooran, then joined hands to entertain the crowd. However, the Proteas batsman failed to get going. He was dismissed in the penultimate over of the match after scoring 24 runs off 25 balls. This snail-like knock ended up putting pressure on the batsmen at the other end.

Nicholas Pooran was highly impressive against the spinners smashing them for quite a few sixes. However, he struggled against the fast bowlers and got out for 46 in the 19th over of the match. This was a terrific over from Navdeep Saini where he conceded just 3 runs and picked up two wickets. Umesh Yadav conceded 9 runs in the last over and picked up two wickets as his team won the match by 17 runs. 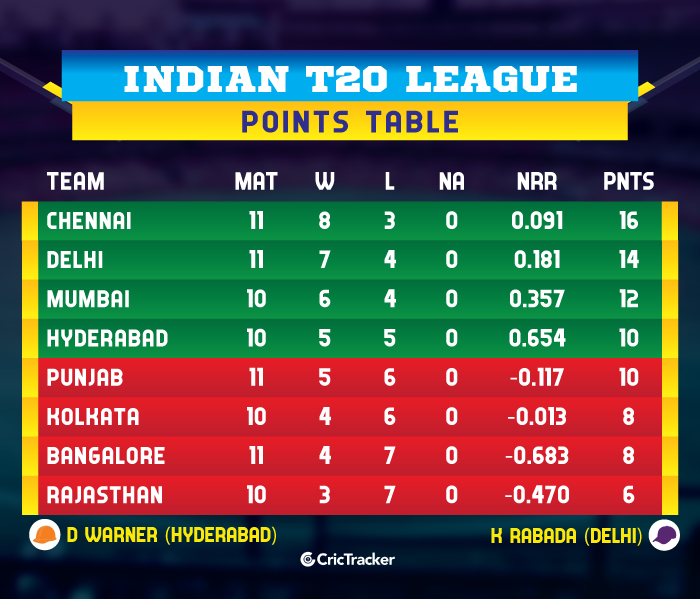