Marcus Stoinis will be playing his last game of this IPL edition. 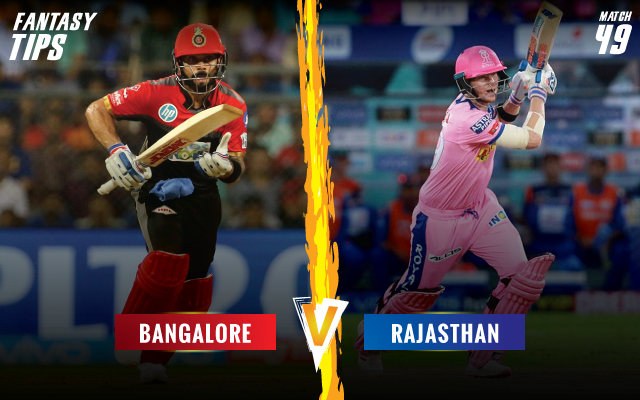 After their defeat against the Delhi Capitals (DC) at the Feroz Shah Kotla, the Royal Challengers Bangalore (RCB) became the first team in this Indian Premier League (IPL), to be eliminated. In their last two games, Virat Kohli & Co have nothing, but pride to play for. In their next contest, the Challengers are scheduled to face the Rajasthan Royals (RR) at the M Chinnaswamy Stadium in Bengaluru.

The Royals, on the contrary, are still in contention for a playoffs berth following back-to-back victories. However, their Net Run Rate at -0.321 isn’t in the greatest of shapes and the same needs to be resurrected if RR have to progress with seven wins under their belt. RR haven’t lost to Bangalore at the Chinnaswamy since 2013 and also have four victories against them at the venue.

The 49th game of the IPL between RCB and RR will be hosted by the M Chinnaswamy Stadium in Bangalore.

According to Accuweather, the weather forecast isn’t something to cheer for the teams. There are chances of rain from 1 pm and it is expected to pick up from 4 pm onwards. Even during the match, there are 28 to 51 per cent chances of rain. The temperature isn’t a matter of concern with the numbers around the 24 degrees Celsius mark. The conditions will be humid tomorrow.

The pitch in Bengaluru has been a tough one to deal with for the bowlers. The batsmen have been able to make hay in every other match. However, the deck has something for the bowlers and has at times shown signs of generating a significant amount of turn. Another high-scoring affair seems to be in the store for tomorrow’s contest.

(Will be updated when then will be one) 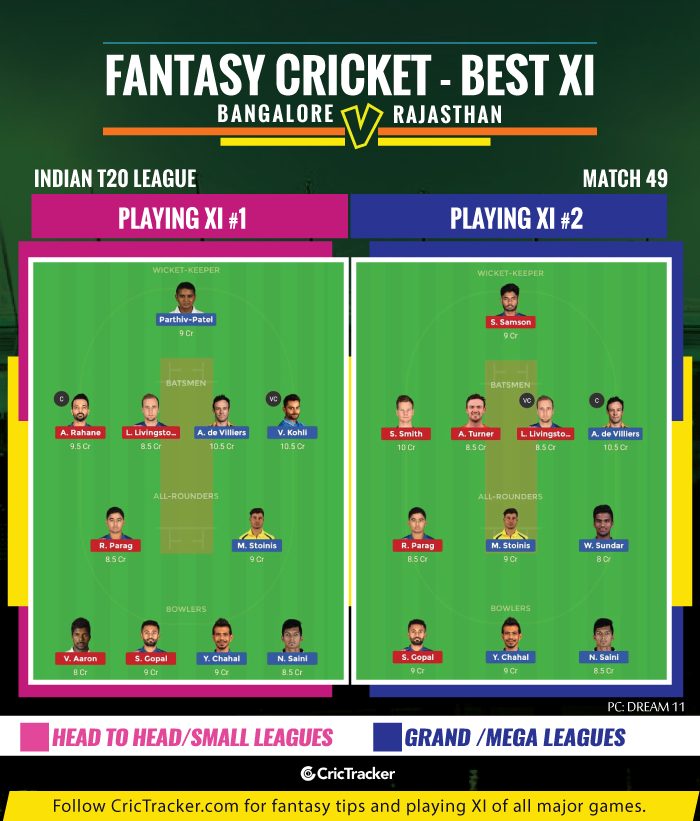 Of late Virat Kohli hasn’t scored much and hence one can take the risk of not making him the captain. Rather, one can assign the role to someone like Ajinkya Rahane, who has got runs consistently at the top of the order.

The Royals are expected to win the contest.