KL Rahul is expected to hold the key in the championship mode of the IPL fantasy.

The Indian Premier League (IPL) has evolved every season and so did its official fantasy league. The current championship format on the official IPL fantasy is provided by the Dream11 and it is quite different from the previous versions. The 56 league games are divided into seven rounds with each containing eight games.

The fantasy players get five trades ahead of the new round starting from the 2nd round. The competition concludes with the 8th round that covers the four playoff matches, before which there won’t be any limit in trades. This means the base team has to be a perfect one and trades have to be made only depending on the schedule.

Round 1 schedule – All the eight teams will play two matches apiece.

KL Rahul showed no difference in his approach to the T20 format and loss of form when he returned to the Indian team during the T20I series against Australia. He amassed 659 runs during the previous edition and is expected to have a similar season with the bat again. Jos Buttler would be backed by the Rajasthan Royals to open the innings and will be the 2nd best choice in the category. Rishabh Pant was the 2nd highest leading run-getter in the previous edition but his batting position for this season is uncertain.

Quite a lot of players in the Delhi Capitals squad are used to bat in the top-order. Pant could be pushed to No.4 or No.5 unless they decide to not disturb his best position of No.3. Ishan Kishan’s batting position too is uncertain like Pant. Kishan costs only 8.5 credits but would need to have a big season to surpass the likes of Rahul, Buttler and Pant. The Mumbai Indians’ keeper and Jonny Bairstow will be economical selections for the first round as they are valued at 8.5 credits.

Virat Kohli will obviously be the first choice in the season team irrespective of his batting position. Faf du Plessis is going through a purple patch and could make it big if he gets to open the innings for the Chennai Super Kings. Robin Uthappa and Manish Pandey were decent during the Syed Mushtaq Ali T20 and can be good choices as they cost only 9.5 credits. Rohit Sharma is set to open the innings in all matches for the Mumbai Indians in this season.

However, he has to tackle the likes of Trent Boult and Kagiso Rabada in the opening fixture and leg spinners in the form of Sandeep Lamichhane and Amit Mishra whom he is expected to struggle. The 2nd game of this round is against RCB in Bangalore where he bagged golden ducks in the previous two appearances. Nitish Rana and Suryakumar Yadav can be considered given their value of 8.5 credits which is worth if they bat in top four only.

Given the high pricing of the top players in the other categories, not more than one big name can be picked from all-rounders category. Hardik Pandya was the leading wicket-taker for Mumbai Indians during the last season and is currently bowling better than then. His batting performances are directly proportional to his batting position. The higher he bats, the better he executes. Shivam Dube, in many ways, is a must pick for this round.

Rashid Khan would be an obvious choice among the bowlers given his success in the short formats. Bumrah and Bhuvneshwar are two standout Indian pacers in the IPL but weren’t at their best in terms of wicket taking and fantasy points during the previous edition. The duo could be useful in the forthcoming rounds but can’t be fitted in the current situation due to their high pricing.

Mohit Sharma is expected to get a good run in the CSK team in the absence of Lungi Ngidi. Khaleel Ahmed can bag a few wickets here and there despite being on the expensive side. The long boundaries at the SRH home venue will improve the left-arm pacer’s wicket-taking ability. Jofra Archer, Sandeep Lamichhane and Harshal Patel had good success from the limited games they played in the previous season. 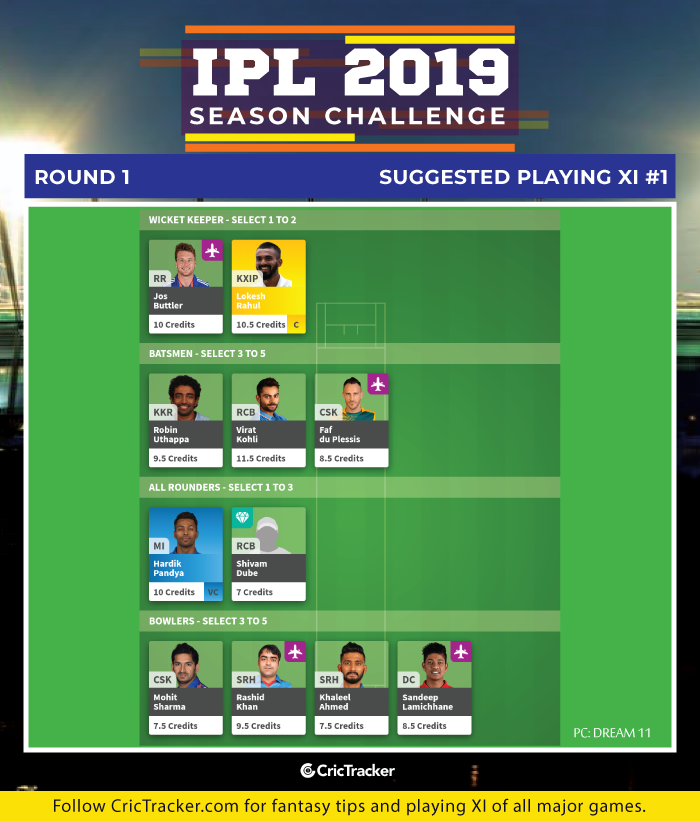 KL Rahul is a direct option as a captain or vice-captain given the expectations on him. Virat Kohli and Hardik Pandya are expected to be among the top performers. The likes of Faf du Plessis, Rohit Sharma and Rashid Khan can be picked up as multipliers. 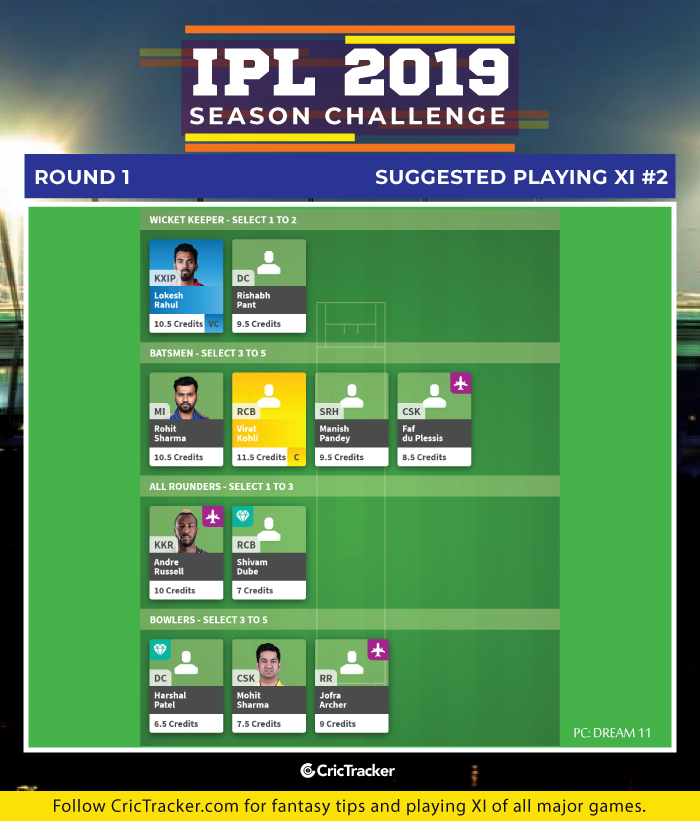