IPL 2019: Stats – The effectiveness of Chris Lynn and Sunil Narine in the powerplay

IPL 2019: Stats – The effectiveness of Chris Lynn and Sunil Narine in the powerplay

The planning of the Super Kings against Lynn-Narine duo could play a key role in the result of this game.

Over the last couple of matches in IPL 2019, the teams seem to have caught up in the process of building the innings and ended up short of a winning total. RR finished with 139 despite losing only three wickets while SRH made only 150 losing four wickets. However, the Kolkata Knight Riders are an exception in this part due to Chris Lynn and Sunil Narine’s decisive cameos at the top. They are backed by the contributions from Robin Uthappa and Nitish Rana while Andre Russell provides the thrust towards the end to take KKR past 180 scores comfortably.

One of the biggest reasons that attributed to the success of this pair is their contrasting strengths and weaknesses. While Lynn can hit the pacers long way, he does struggle while facing spin especially the finger spinners. On the other hand, Narine is someone who can be undone by back-of-a-lengths from the pacers. However, he becomes invincible when the spinners are introduced against him during the field restrictions though he can get out trying a big shot against them here and there. 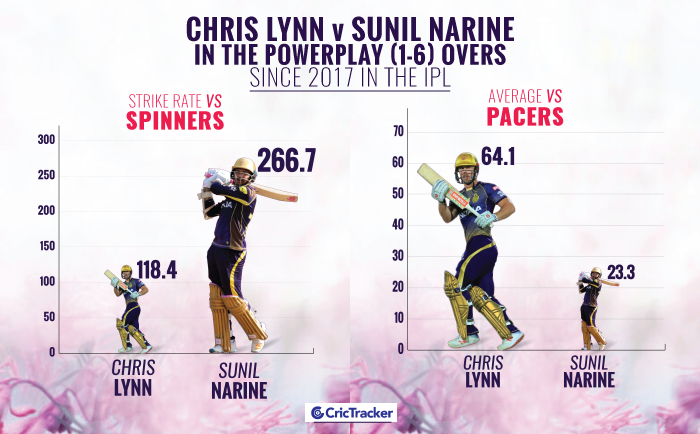 Sunil Narine’s strike-rate of 164.6 in the 1-6 overs against the pacers is still higher than that of Lynn’s 158.1. However, the Caribbean player averages 23.3 against pace while Chris Lynn leads his partner with an average of 64.1. After their performance in the game against Rajasthan Royals, the Chennai Super Kings will need to come out with certain strategies against this pair on Tuesday. A powerplay of 60+ runs could cost the game for CSK given the slowness of the Chepauk track this season.

Does CSK have enough resources?

The bowling attack with which the Super Kings played in the last game was probably their best among the available options. Scott Kuggeleijn is the only one who can really trouble Sunil Narine. The Kiwi pacer can bowl shorter lengths to Narine and bounce him out. Deepak Chahar, the other pacer of CSK, doesn’t really have the pace to do the same and relies on the swing in the powerplay overs. He was taken for 17 runs including two sixes by Narine during the CSK-KKR clash in Chepauk last year. 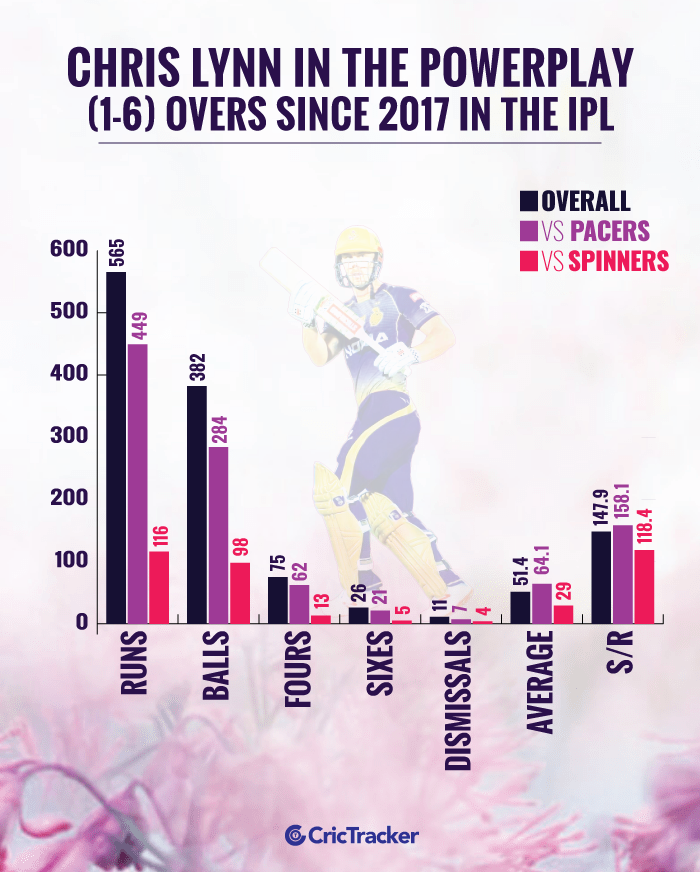 Narine’s presence at the wicket wouldn’t allow CSK to introduce. The teams have been reluctant at bowling spinners to this makeshift opener who faced spin only twice this season. Leg-spinner Varun Chakravarthy bowled on his debut to Narine and ended up conceding 24 runs in five deliveries. In the previous game, RR introduced Krishappa Gowtham in the 2nd over. He was taken for 22 runs including five boundaries in an over by Narine.

CSK can still try the in-form Harbhajan Singh to the all-rounder by mixing up speeds and lengths during the powerplay. It was Harbhajan who cut Narine’s stay short on a belter of a surface in Chennai during the last season’s face off. Bhajji can be brought in when Lynn stays on strike to ensure the damage done by Narine will be lesser by 1-2 balls. The planning of the Super Kings against Lynn-Narine duo could play a key role in the result of this game. 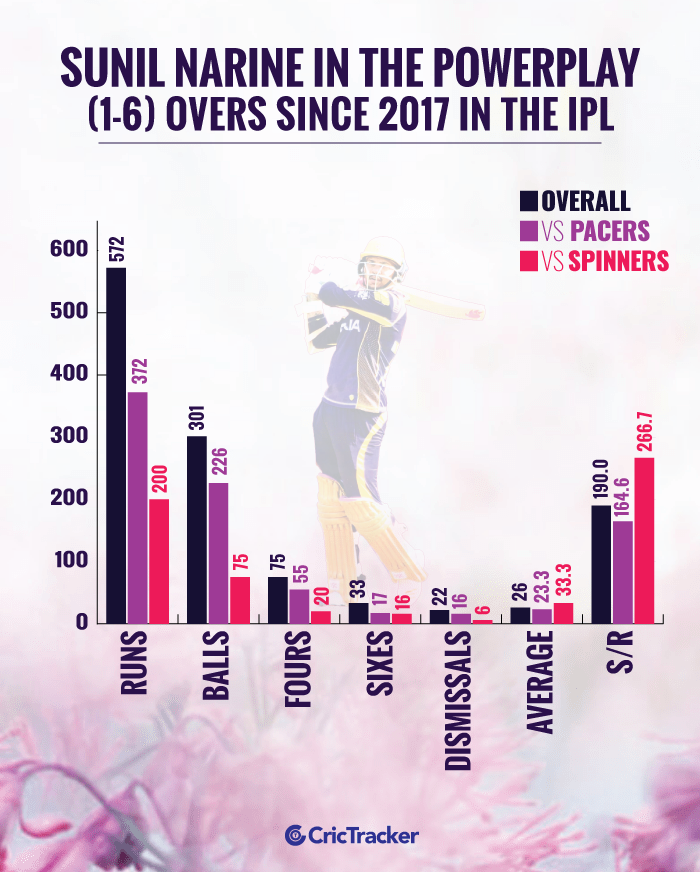