Tom Curran's unbeaten 36-ball 54 was the only promising effort with the bat by the Royals.

Kolkata Knights Riders might have begun the tournament with a huge defeat but they are on track with successive victories against Sunrisers Hyderabad and Rajasthan Royals; both coming in a rather convincing matter. Despite playing a batsman less, the Knight Riders were successful in reaching a solid total of 174/6. The 37-run win of KKR against Rajasthan was actually the result of a collective effort by the team as no individual scored a fifty in the game or any bowler picked more than two wickets.

Shivam Mavi was crucial with the ball for KKR who got the better of Sanju Samson and Jos Buttler during the chase. He finished with analyses of 4-0-20-2 which earned an impact rating of 7.58 according to the CricTracker’s Match Impact Ratings. Pat Cummins, Kamlesh Nagarkoti and Varun Chakravarthy backed Mavi’s effort which helped them in earning a positive Impact over 5 with the ball.

Jofra Archer’s performance was as good as Mavi which could have been even better if not for the poor last over. The speedster’s analyses read 3-0-4-2 before his final over where he was taken for 14 runs. Sunil Narine earned a negative impact with both bat and ball as he conceded 40 runs in his four overs after scoring 15 off 14. Narine was one of the two players who earned a negative rating in this match with the bat for KKR. 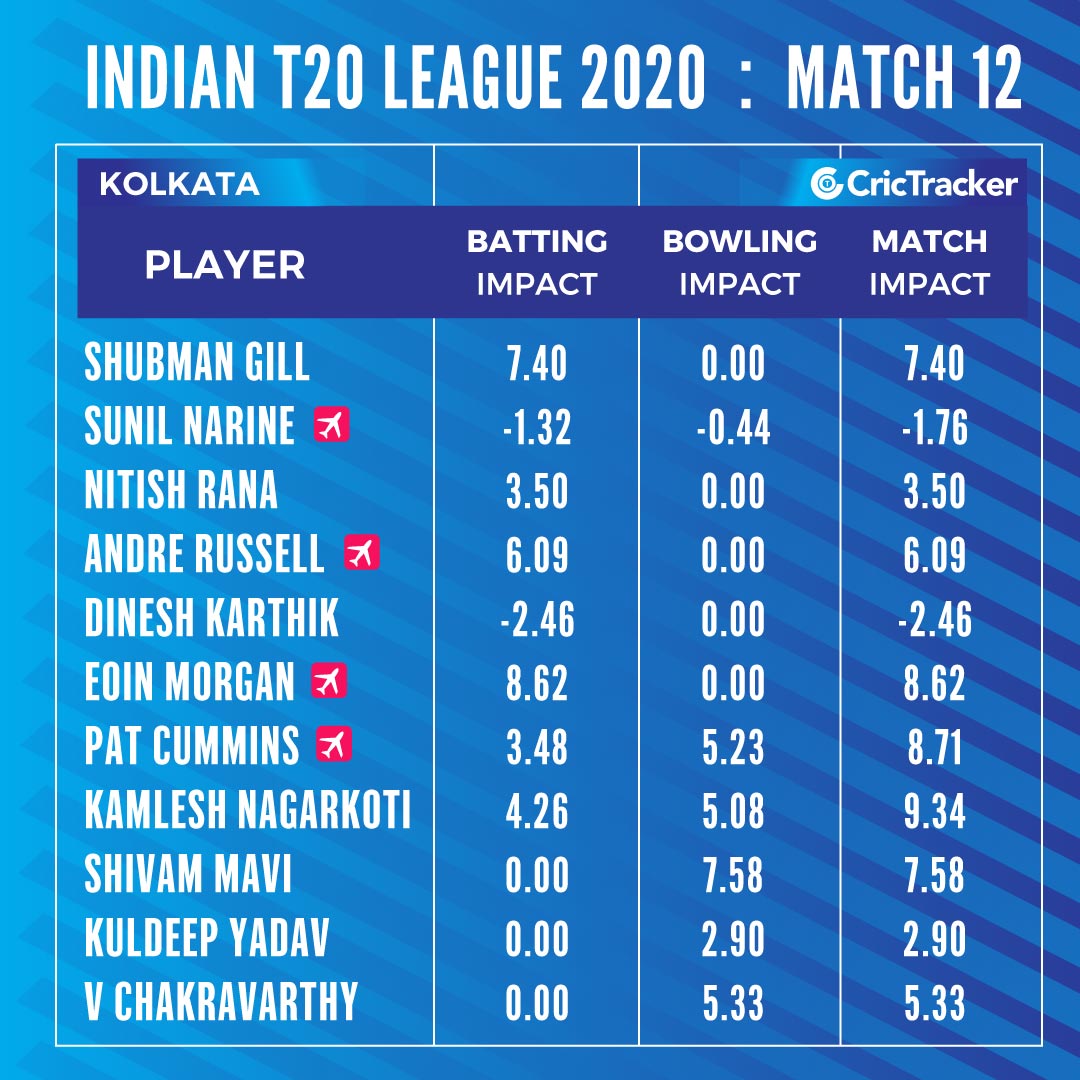 Skipper Dinesh Karthik earned a rating of -2.46 for his second consecutive batting failure. Shubman Gill and Eoin Morgan were the leaders in impact with the bat for KKR as they earned a rating of 7.4 and 8.62 respectively. The worst impact in the whole game was recorded by Robin Uthappa, the former KKR keeper-batsman. Uthappa scored two off seven balls before getting dismissed which valued at -6.24.

Earlier, Robin dropped Narine’s catch and was caught applying saliva to the ball. Steve Smith and Sanju Samson failed to adapt for the conditions in Dubai as he recorded single digits after successive fifties in the matches hosted by Sharjah. The best impact in the match, however, was recorded by Tom Curran for his unbeaten 54 off 36 at No.7 which got an impact rating of 26.95; almost three times that of any KKR player. 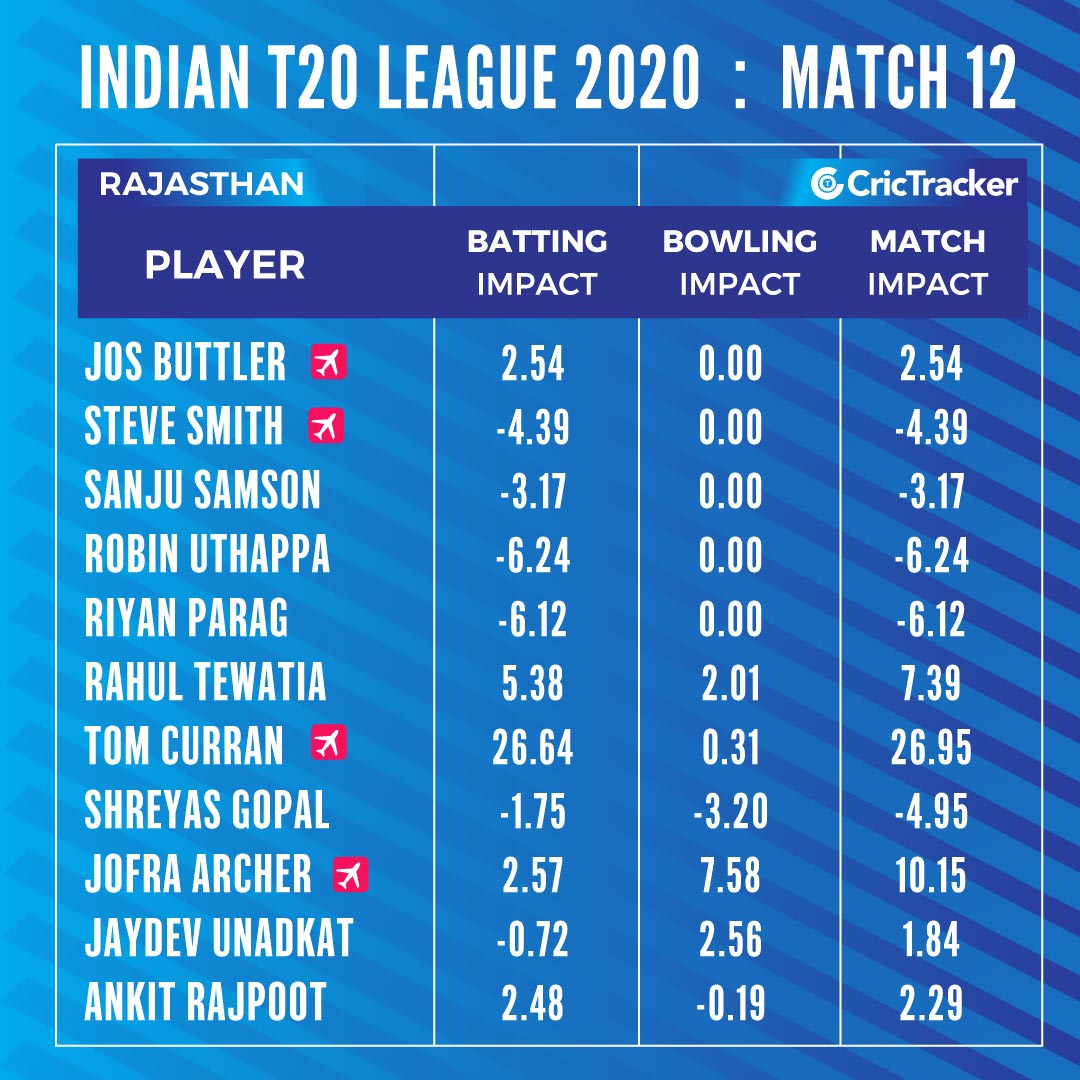