Shane Watson and Faf du Plessis chased down the 179-run target without being dismissed.

Chennai Super Kings finally got their first win since the tournament opener as they got the better of Kings XI Punjab on Sunday night in Dubai. It was one of the most dominating performances ever put in the history of IPL as the CSK openers alone chased down the target of 179 with 14 balls to spare. Shane Watson and Faf du Plessis scored unbeaten 83 and 87 respectively which earned them an impact of 7.22 and 7.86 as per the CricTracker’s Match Impact Ratings.

However, the best impact in the whole match was registered by Shardul Thakur almost twice to the next best. Thakur took the big wickets of Nicholas Pooran and KL Rahul on successive deliveries in the 18th over when 190 seemed to be a cakewalk for Kings XI Punjab who ended up with only 178/4 on the board. KL Rahul was the top-scorer in KXIP’s innings scoring a 52-ball 63 which fetched him a negative rating of -15.45 which is easily the lowest in the whole game. 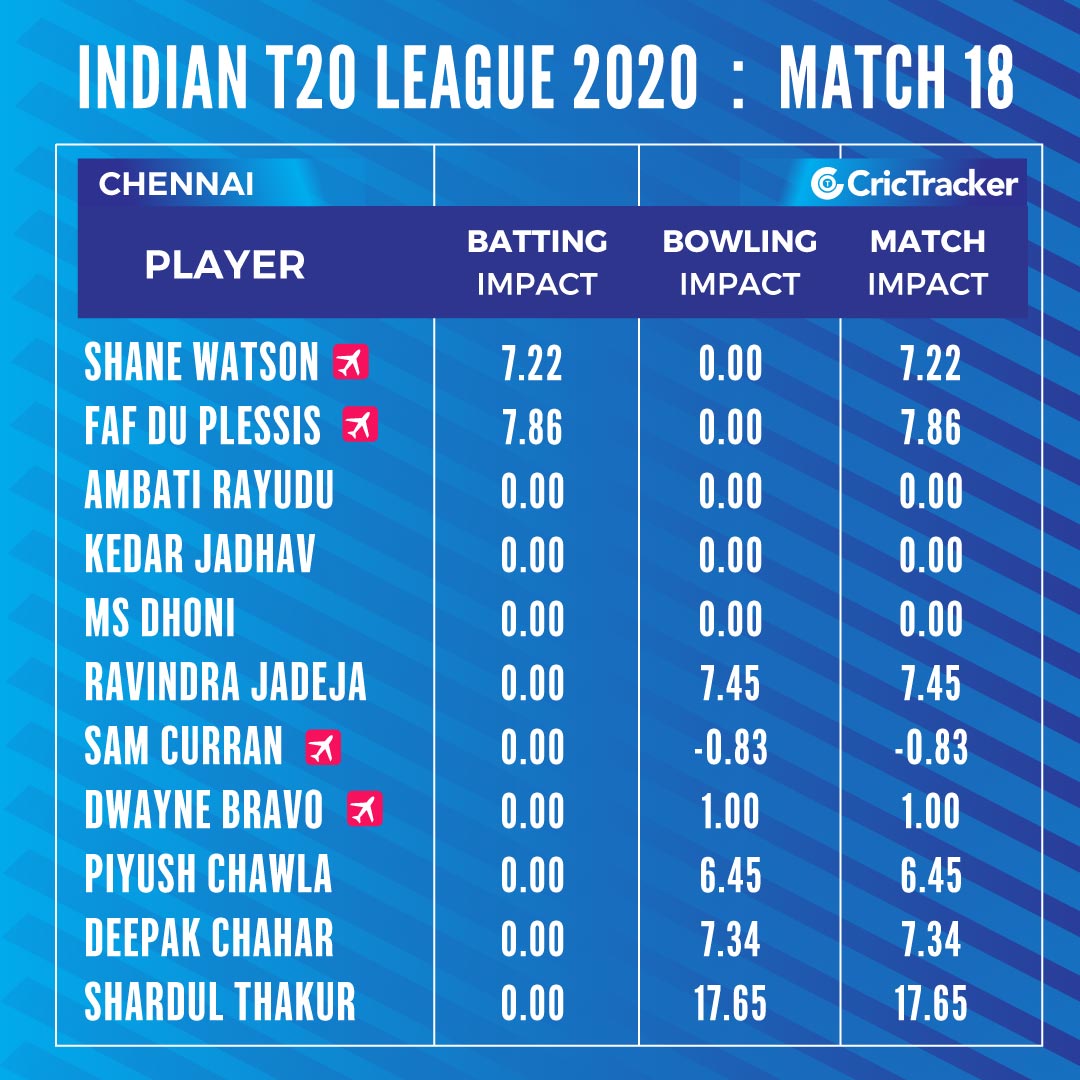 This was the third time in a row where Rahul finished with a negative match impact rating. In two of those, the KXIP skipper returned with a negative rating of -15 and more. It could mean that Rahul’s conservative approaches of late have been costing the Punjab franchise big time. Nicholas Pooran, who struck three sixes during his 17-ball 33 earned the highest impact rating among all batters. His strike rate of 194.12 was the highest in the game helping him to finish with an impact of 9.58.

Kings XI Punjab used only five bowlers in this game out of which four of them ended with a negative impact rating. Ravi Bishnoi was the only KXIP bowler with a positive rating of 1.25 thanks to his analyses of 4-0-33-0. Kedar Jadhav had very less to do in this match as he neither bowled nor batted. Ambati Rayudu had a similar game but the CSK No.3 claimed the catch of Mandeep Singh. MS Dhoni, on the other hand, claimed his 100th catch in the IPL as a wicketkeeper. 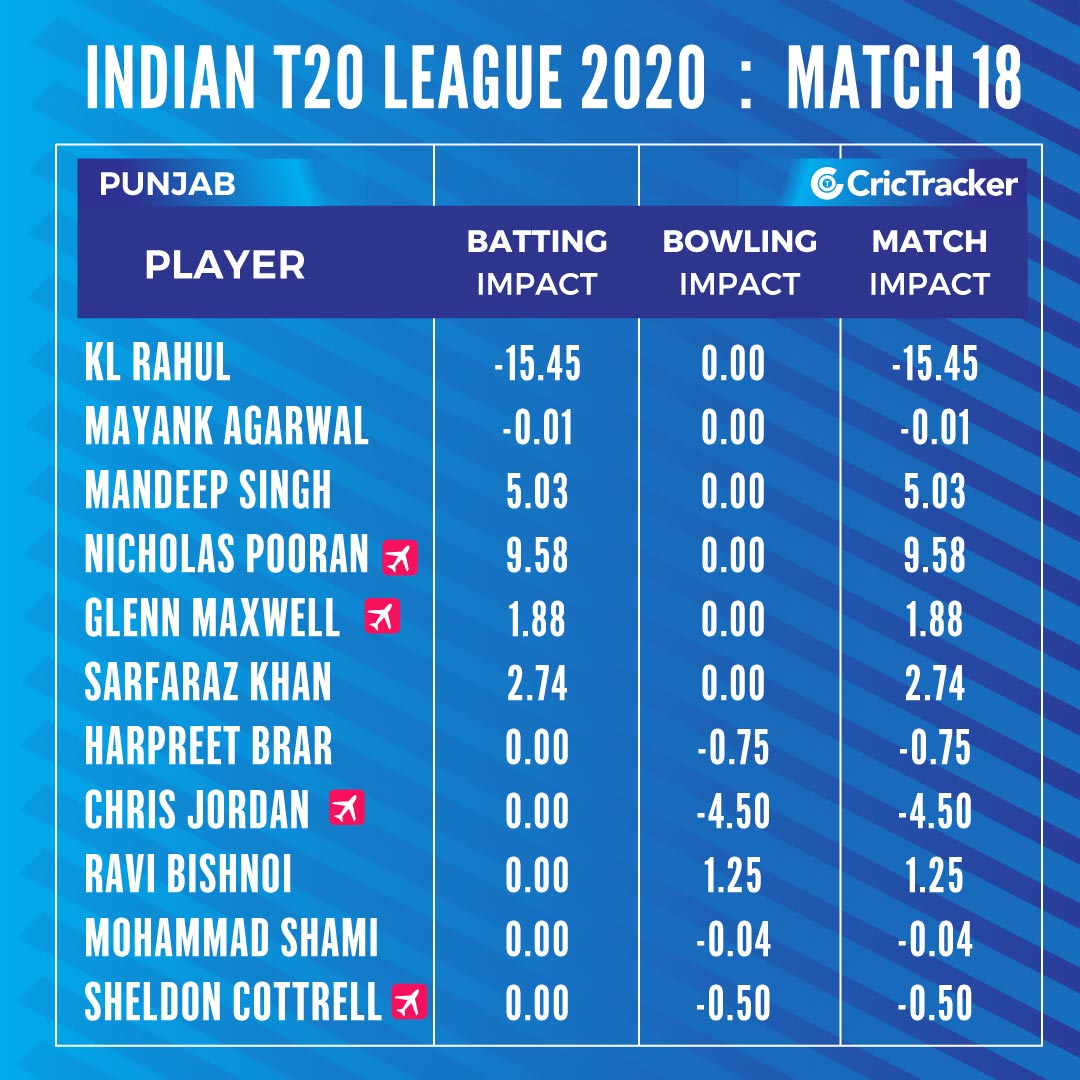