Will the Rajasthan Royals be able to stop the in-form Mumbai Indians?

The defending champions Mumbai Indians are on the track straight away winning three of their first five matches. All those three wins came in a dominating fashion as the winning margin of MI was over 30 runs in those three matches. On Tuesday, they will be up against the Rajasthan Royals who have been a tricky opponent for the Mumbai franchise. Since their return to IPL in 2018, the Royals have won all the four meetings.

Can Jofra continue his good record against MI?

Jofra Archer has an impressive record against Mumbai Indians in the IPL as the speedster claimed nine wickets in only four clashes against them. It is one of the reasons why RR have defeated MI in all four meetings across the last two seasons. Eight of the nine wickets against MI of Jofra came against the current top seven. Archer got the better of Rohit Sharma and Hardik Pandya twice apiece but hasn’t dismissed Ishan Kishan yet. 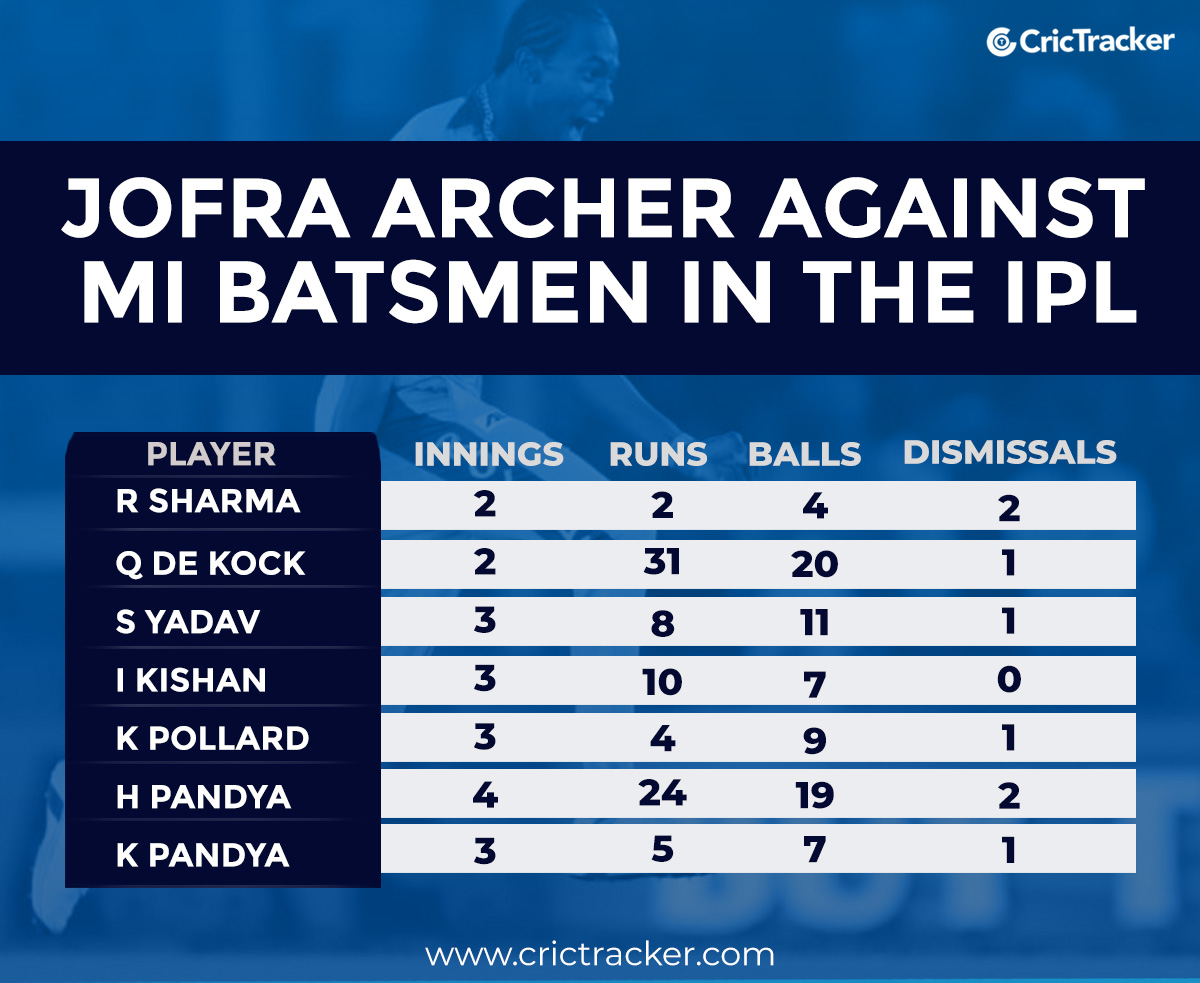 The England pacer’s battle against the MI skipper Rohit Sharma is going to be crucial on Tuesday. Sharma has been pulling everything out of the park in Abu Dhabi this season and Archer could exploit it with help of his pace. Jofra Archer’s match-ups against Rohit and MI’s middle-order could well cost at least 25 runs to the Mumbai Indians’ total if they go in Rajasthan’s way.

Usage of Krunal in the powerplay

Krunal Pandya will be up there among the cleverest bowlers in the T20 format. The way of bowling wide yorkers to left-handers does prove the smartness of the senior Pandya. On Tuesday, he is likely to be up against two Southpaws inform of Mahipal Lomror and Rahul Tewatia who will be batting in the middle-order. Both the uncapped batters can smash left-arm spin and leg-spinners comfortably. 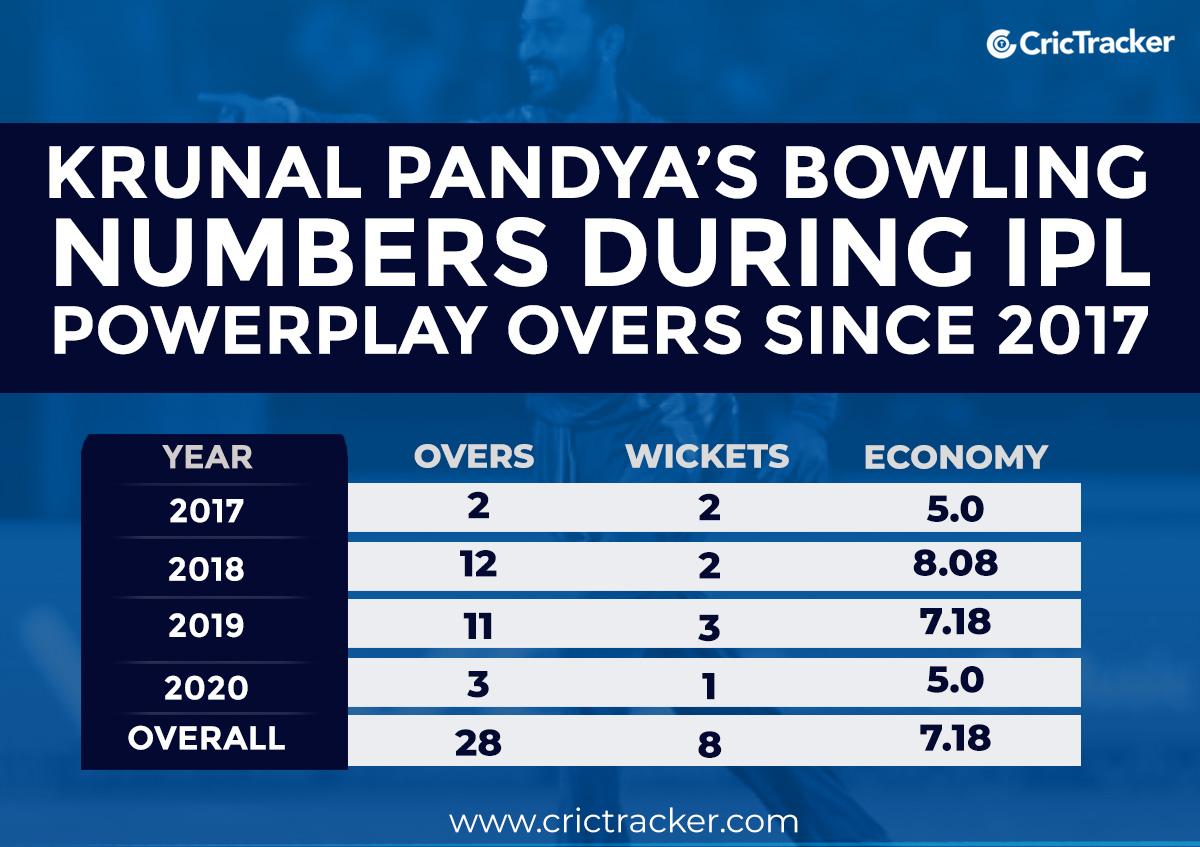 Will Bumrah get the better of RR’s top three?

Jasprit Bumrah has been quite inconsistent in the tournament thus far conceding 40+ runs in three matches and a couple of good spells in the other two games. The previous match against Sunrisers was the toughest for Bumrah in terms of match-ups. The MI pacer never dismissed any of SRH’s top four in the IPL, a fact remained same at the end of the game as well. However, the Rajasthan Royals’ top three did struggle against Bumrah previously which could provide an opportunity for him to bounce back. 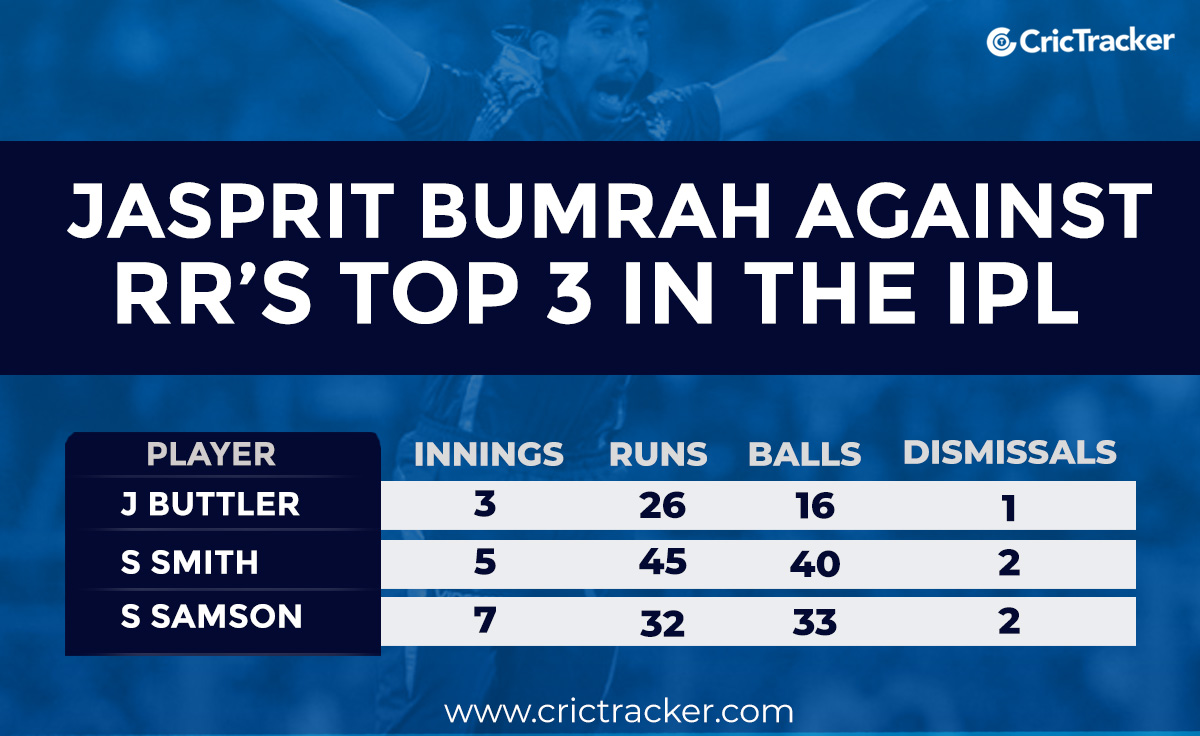