Will Chris Gayle get his first chance of IPL 2020 against SRH?

A key battle awaits in Dubai between Kings XI Punjab and Sunrisers Hyderabad who are currently placed in the bottom three. Both the teams have had issues in middle-order and an ordinary bowling line-up. Kings XI haven’t added anything to the two points they got in the opening week while SRH has won only two of the five. The Sunrisers could find themselves in top four if they get the better of KXIP and a big win could even take them to No.3. Chris Gayle and Mujeeb ur Rahman are expected to get a chance in the SRH vs KXIP.

Will Chris Gayle get his first chance in IPL 2020?

Rashid Khan has got a good history in troubling Punjab’s top three in the IPL – KL Rahul, Mayank Agarwal and Mandeep Singh. Hence, they would need someone who can counter the leg-spinner which is the only way they can get to a good total. In Chris Gayle, the Kings XI Punjab can see a counter-attacking option but the 40-year-old hasn’t had game time since the COVID-19 pandemic. 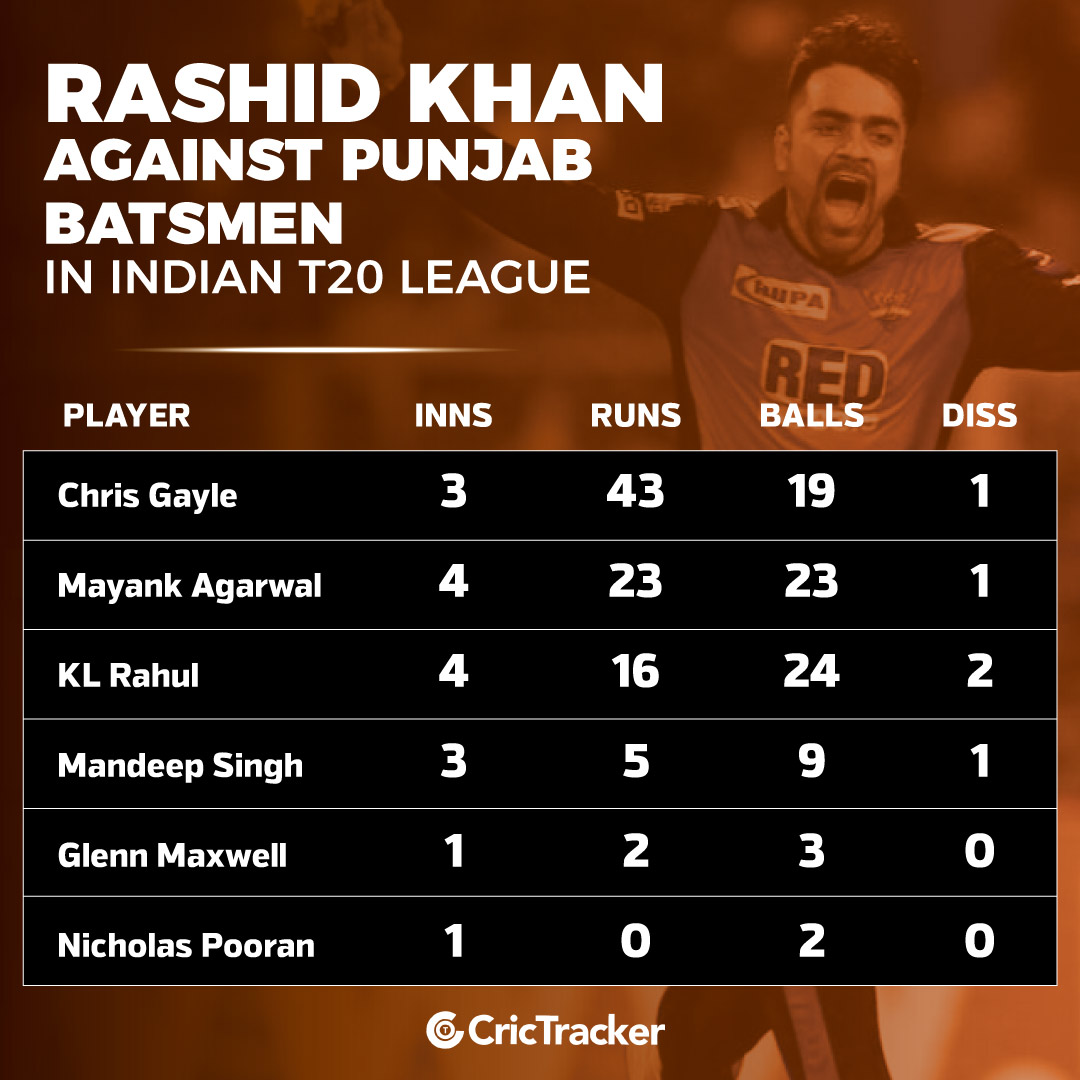 Gayle could end up batting in the middle-order even if picked due to the settled opening pair of Rahul-Mayank. However, KXIP still can take a gamble by fielding the Universe Boss considering Glenn Maxwell’s indifferent batting form in this tournament. Gayle has amassed 43 runs in 19 deliveries against Rashid in the IPL and has been dismissed only once that also due to a fielding brilliance.

Mayank Agarwal has been more destructive than KL Rahul in this IPL as his strike rate reads 162.87. Mayank has shown intent to smash the bowlers in the powerplay itself but things could be different if Sunrisers come up with match-ups. Mayank has a history of struggling against Sandeep who dismissed the Indian Test team opener on three occasions in six IPL meetings. 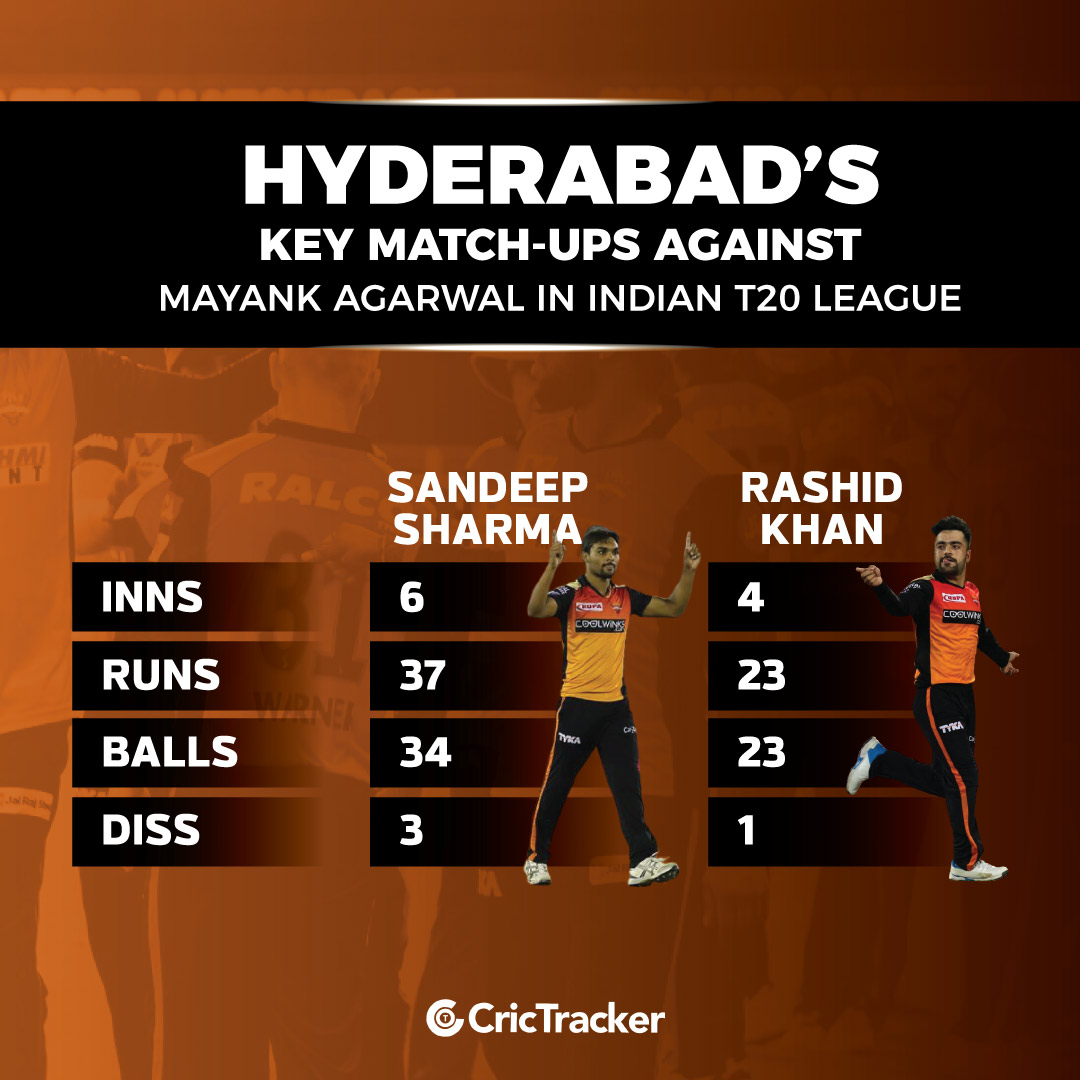 Sandeep has got the better of Rohit Sharma in the last match and could end up bowling couple of overs early on to Mayank as well. If this move doesn’t go in their way, SRH could introduce Rashid Khan for an over of two in the powerplay. Mayank, who usually takes on the spinners, has got a quiet record in the IPL against the leg-spinner from Afghanistan.

Will KXIP benefit by bringing Mujeeb?

Bringing in Mujeeb Ur Rahman might not be the best option for Kings XI Punjab at least for the game against the Sunrisers Hyderabad. The Afghanistan off-spinner is used to bowl in the powerplay and bringing him could bench Chris Jordan, the best death overs option KXIP have. 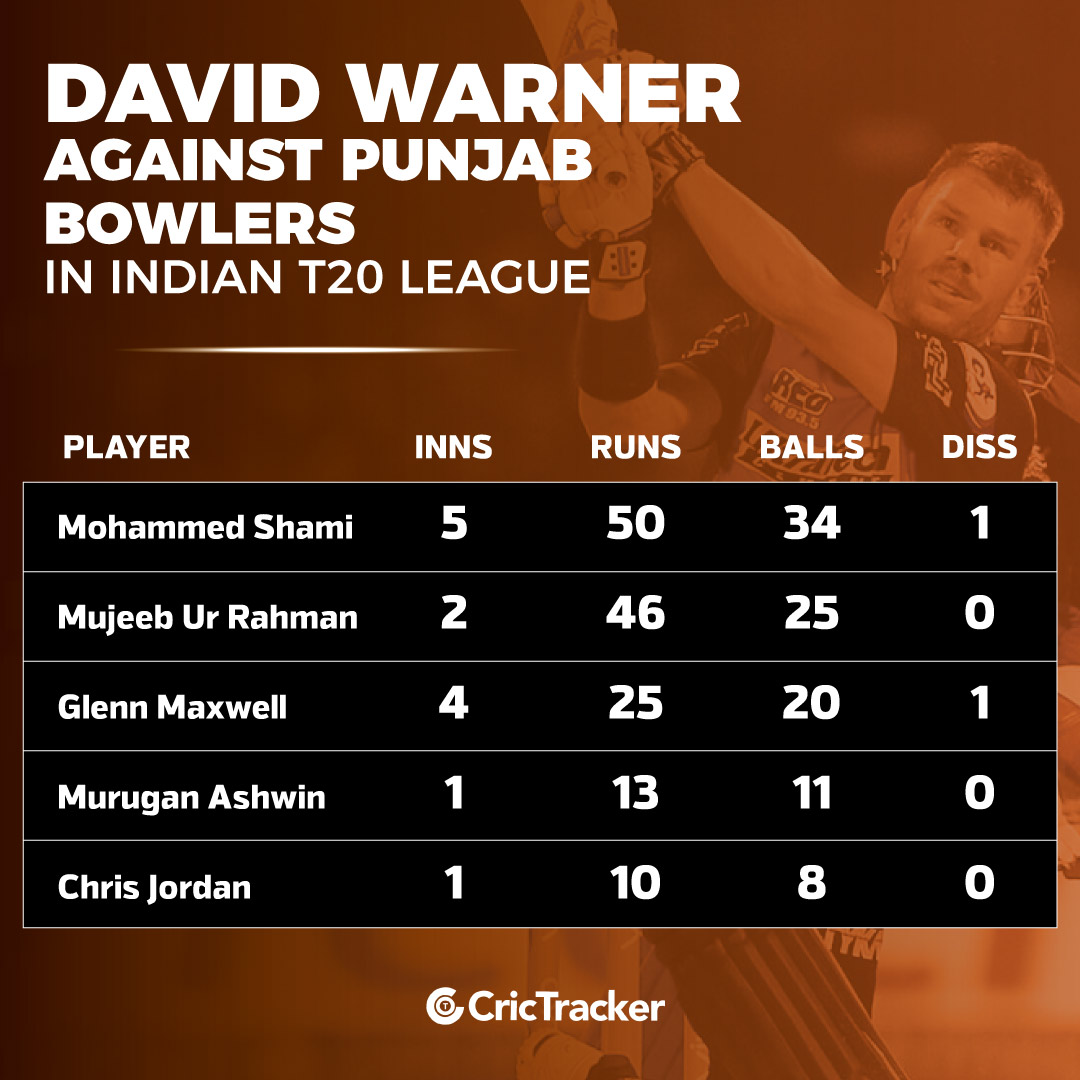 Though Jordan has not been in best of forms, he could fancy his chances against inexperienced middle-order of SRH. Moreover, the SRH skipper Warner has got an impressive record against Mujeeb in the IPL. Trying out pacers against Warner will be a better choice during the powerplay given his recent struggles.