Royal Challengers Bangalore sealed a 10-run win over the Sunrisers Hyderabad on Monday.

Royal Challengers Bangalore was successful in stopping the Sunrisers Hyderabad from taking away two points as their bowlers stepped up in the second half to see the franchise secure a memorable 10-run win. Devdutt Padikkal played an impactful knock on his IPL debut as he was one of the two players to have earned a positive rating with the bat for RCB in the game as per CricTracker’s match impact rating model.

Devdutt’s 42-ball 56 earned a rating of 7.04 which is also the 3rd highest with the bat in the whole game. The highest rating in the game was earned by AB de Villiers with the fastest knock of the match. Playing at No.4 position, the South African smashed two sixes and four fours on his way to a 30-ball 51. De Villiers earned a rating of 21.75 for his inning which is by far the highest for any player in the match. 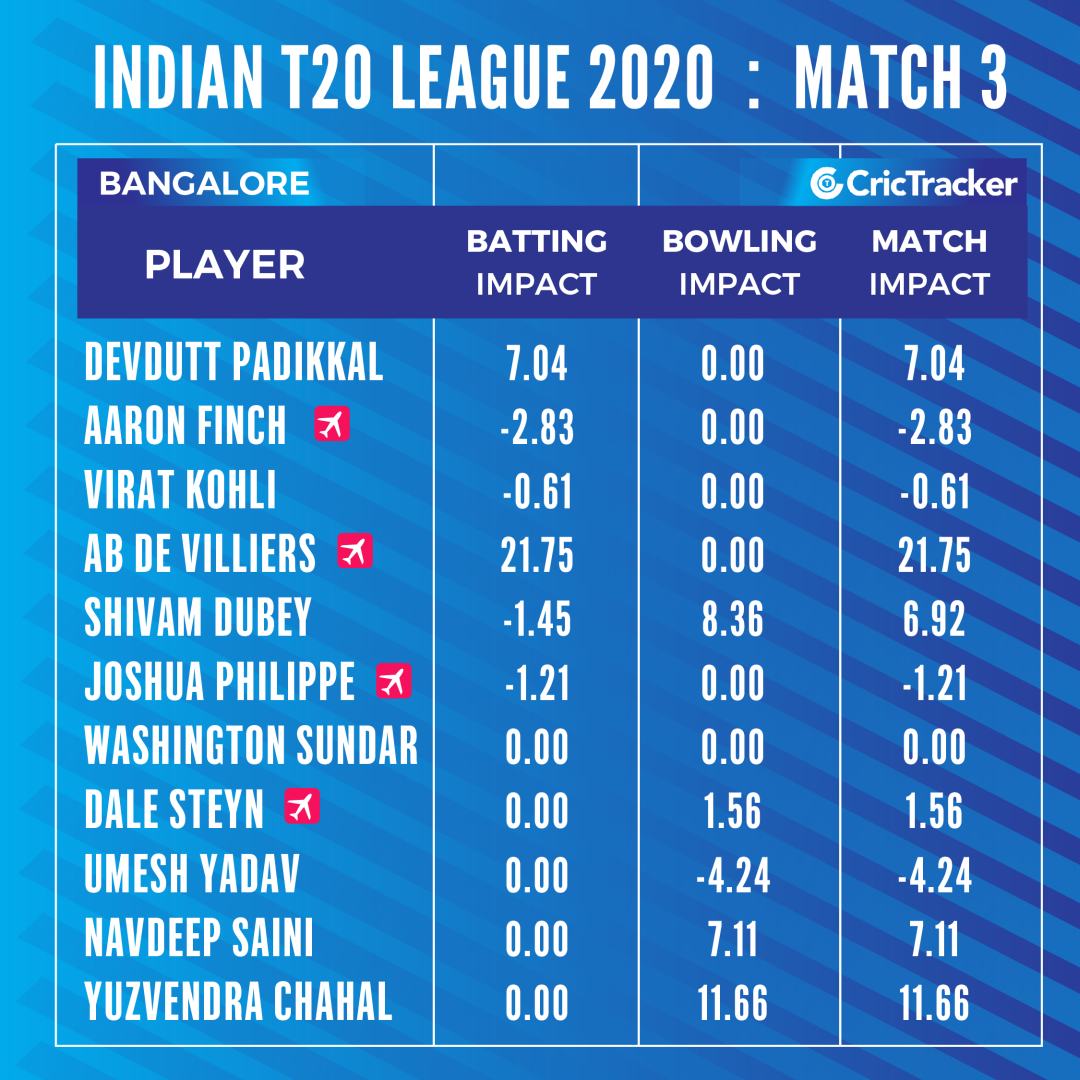 Jonny Bairstow recorded the highest score of the match with 61 off 43 balls which kept the Sunrisers on top in the chase. The keeper-batsman struck eight boundaries during his 43-ball 61 before getting out in the 16th over. Bairstow’s inning earned a rating value of 11.06 which was nearly a match-winning one. The RCB bowlers played a key role in pulling back a game which looked like going out of their hands.

Yuzvendra Chahal took 3/18 in his four overs including back to back wickets of Jonny Bairstow and Vijay Shankar. Shivam Dube came as a surprise for many as he gave away just 15 runs his three overs and even picked up two wickets. Navdeep Saini’s 18th over sealed the win for RCB as the pacer cleaned up Bhuvneshwar Kumar and Rashid Khan and earned a match impact of 7.11.

The leg-spinner Chahal earned the highest bowling impact rating of 11.66 while Dubey’s surprise package was rated at 8.36. The most disappointing performance of the game was easily Umesh Yadav’s four overs which went for 48 runs. This saw the RCB pacer Umesh earn a negative impact rating of -4.36. 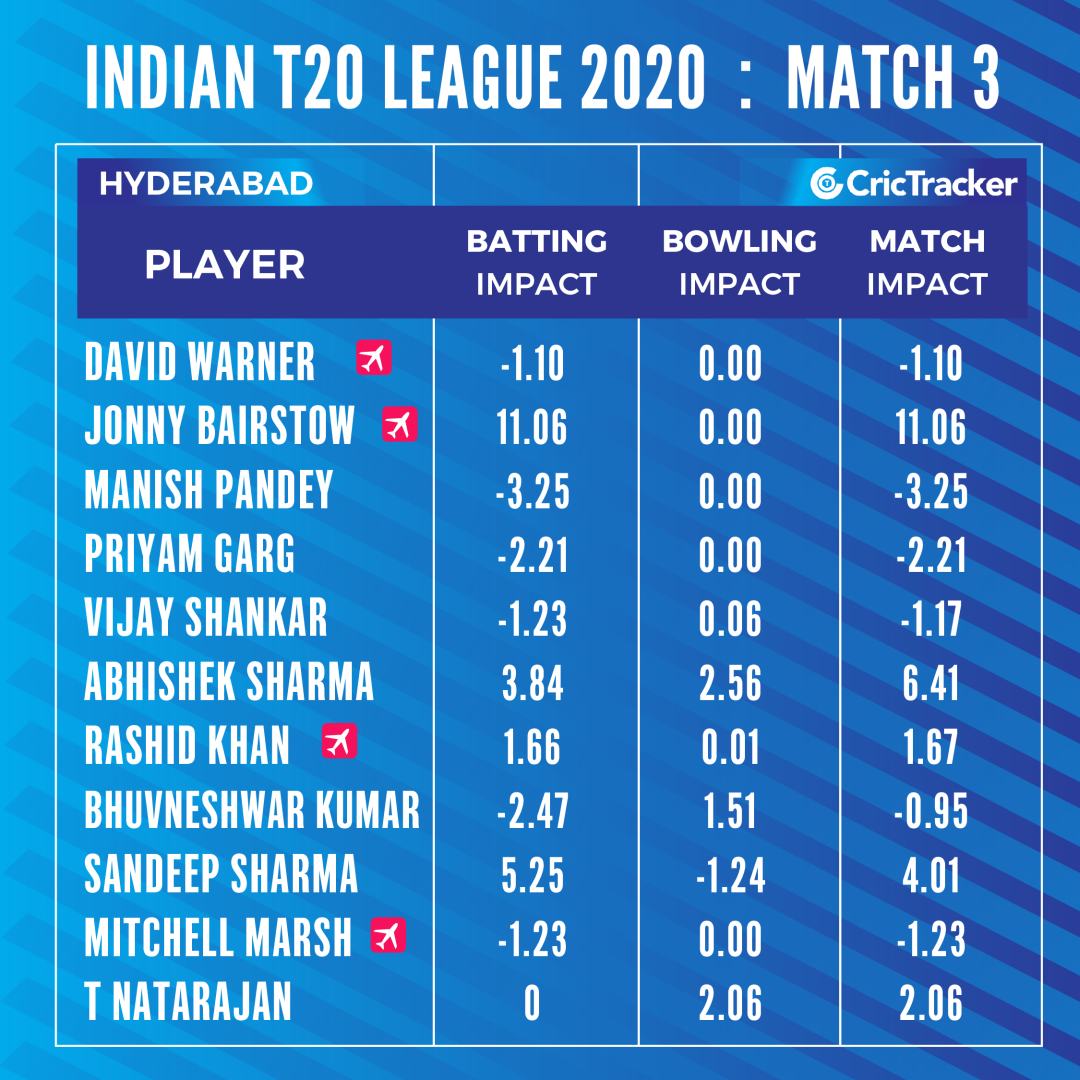