The match-up between Sunrisers Hyderabad and Royal Challengers Bangalore in the IPL lists among the underrated battles of the league. The two teams, over the years, have been part of many fierce battles including the 2016 finale which the SRH team won by a narrow margin. Both the sides are currently led by two of the most consistent batsmen ever of the league and also of this format. They kick-off their campaign on Monday when they clash-off at the Dubai International Cricket Stadium

On Monday, we are all set to witness the reunion of Sunrisers Hyderabad’s opener David Warner and Jonny Bairstow. The duo was the major talking point of the whole league through the 2019 IPL thanks to their consistency at the top for the franchise. Both the batsmen scored runs at 150+ strike rate in both powerplay and middle overs while batting together. 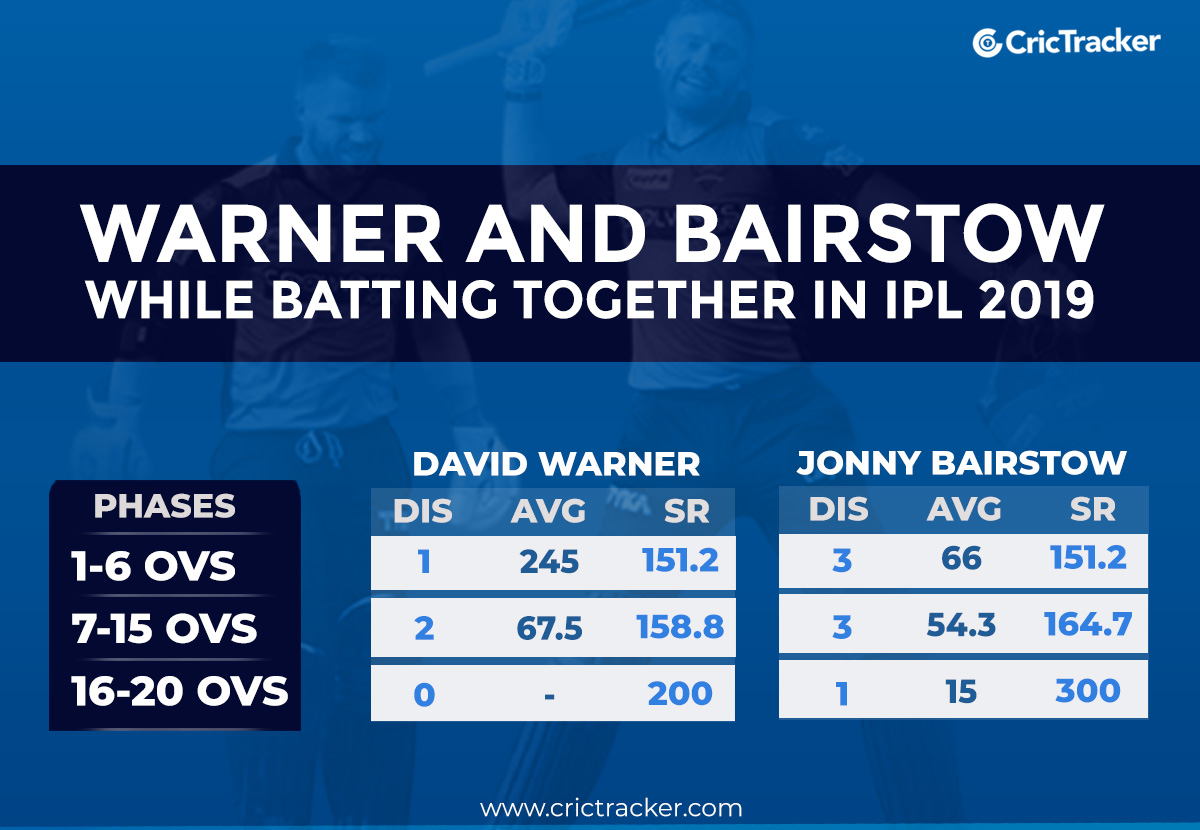 Hence, it is going to be crucial for RCB to break the duo early on or regret later. Across ten matches in the last edition, only four times the partnership of Warner-Bairstow got broken in the powerplay itself. RCB do have decent options to get the breakthrough early on in the form of Umesh Yadav, Dale Steyn and Navdeep Saini.

The Royal Challengers Bangalore’s long-lasting issue of death bowling finally could be solved with the inclusion of Chris Morris. The South African pacer has got an economy of 8.55 since the start of 2017 in death overs. Only four players have had a better economy than Morris at death in the previous three editions. RCB will hope to see the best of Morris as he has been in the recent seasons. 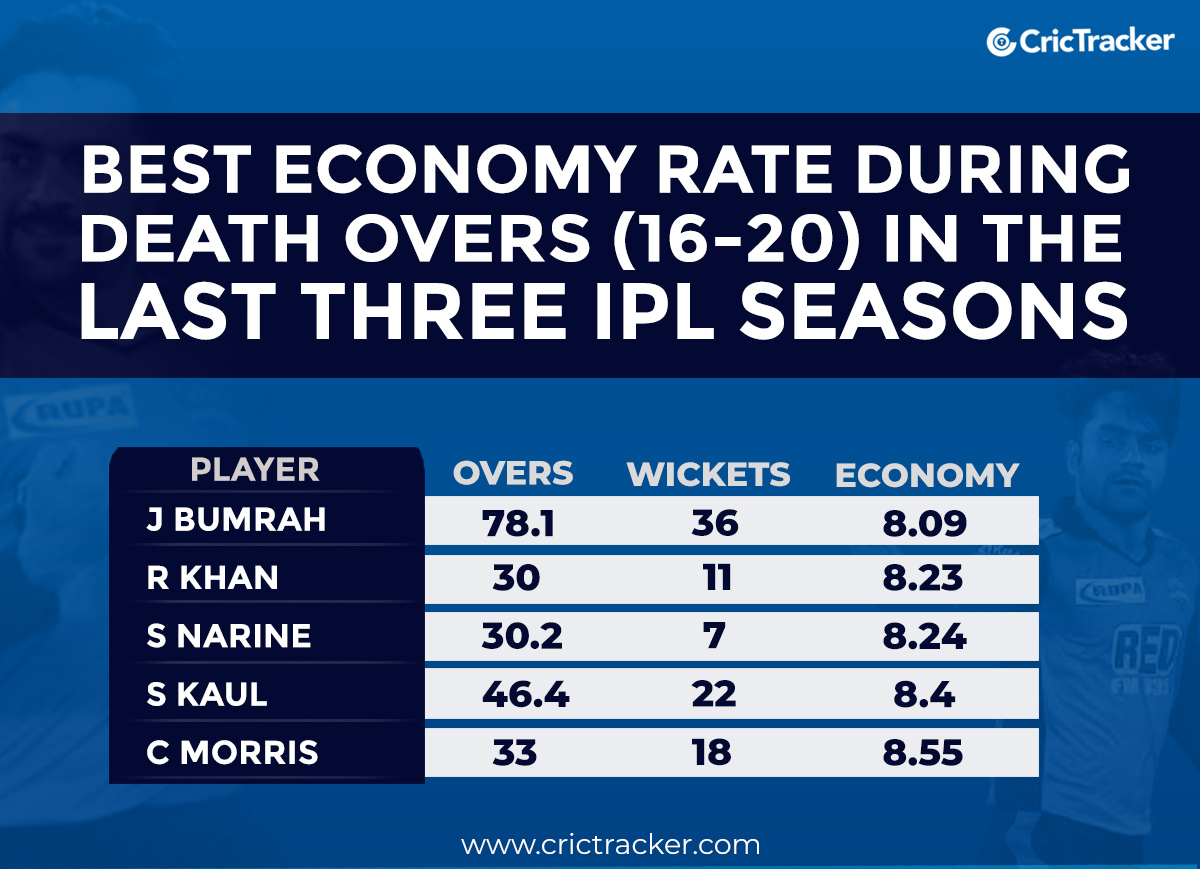 Can Kohli-ABD come strongly against spinners?

Virat Kohli and AB de Villiers, recently, developed issues against spin bowlers as the duo average less than 30 against spinners in the last two seasons. Both the crucial men of RCB with the bat have been dismissed as many as 13 times against spinners; the joint 2nd most number of spin dismissals in this period. Suresh Raina and Shikhar Dhawan got out 16 times to spin between 2018 and 2019 seasons. On Monday, it will be crucial for the Sunrisers to attack the RCB duo with spin to keep them in their hold. 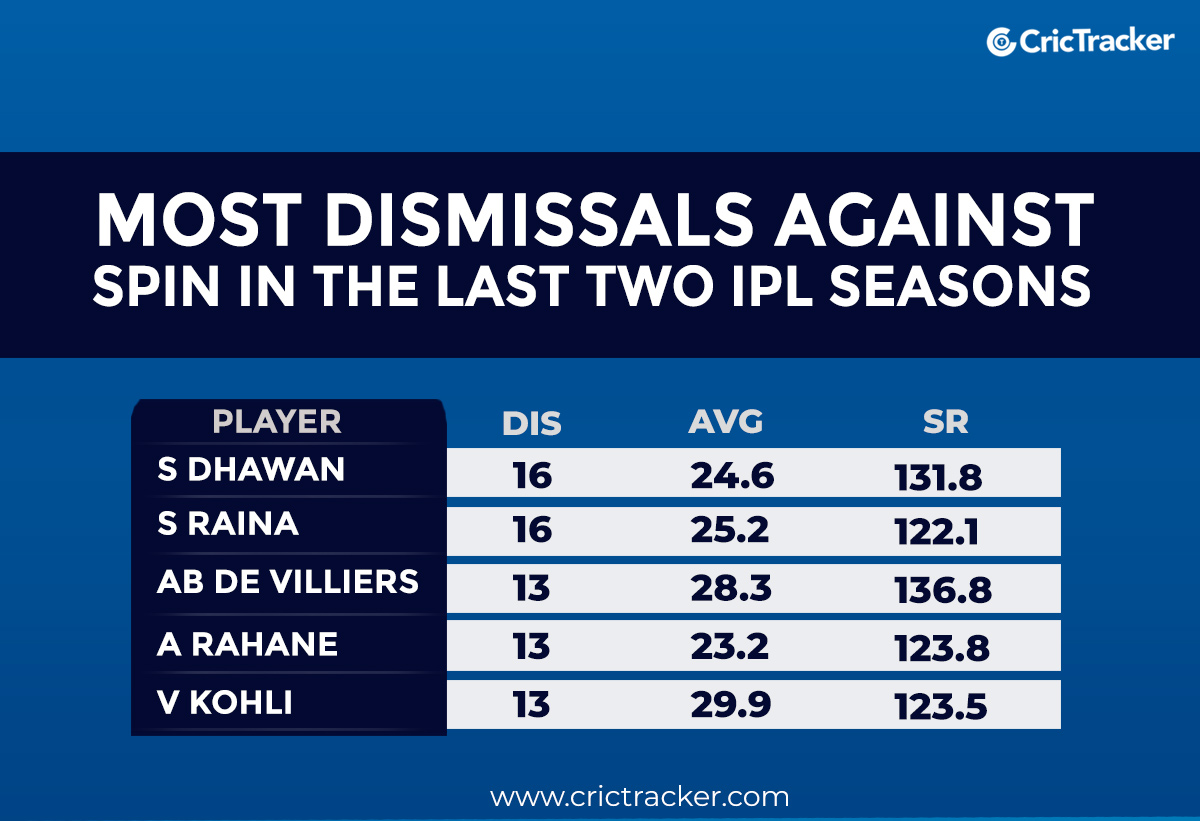 Until 2017, the Sunrisers Hyderabad has got the best attack for the death overs which is led by Bhuvneshwar Kumar. However, in the last two editions, the effectiveness of the pacer has dropped who in return became an expensive bowler at death. In 2017, Bhuvneshwar picked up 18 wickets in nearly 25 overs while conceding at an economy of only 8.1. But in the past two seasons, Bhuvneshwar has conceded runs at more than the economy rate of 9.5. 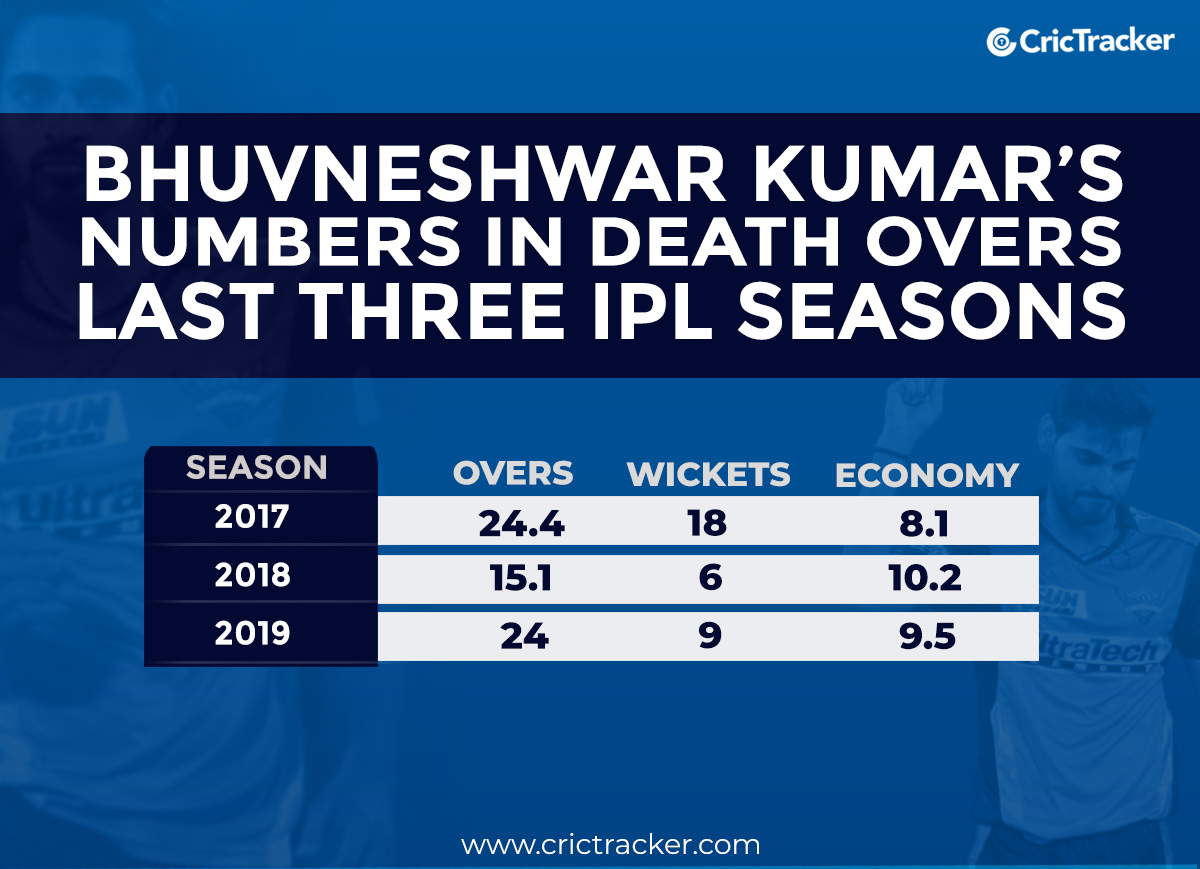 In 2018, Bhuvi was on and off due to injuries where he ended up with an economy of 10.2. Though he played through the 2019 edition, his numbers didn’t improve as he recorded an economy of 9.5. It was one of the reasons why SRH failed to win quite a few close matches during the previous season. Hence, it becomes important for Bhuvneshwar to deliver in the backend and keep SRH stay afloat.