Sunrisers Hyderabad have made it into the playoffs for four year in a row while Royal Challengers Bangalore finished 8th, 6th and 8th in the last three seasons. 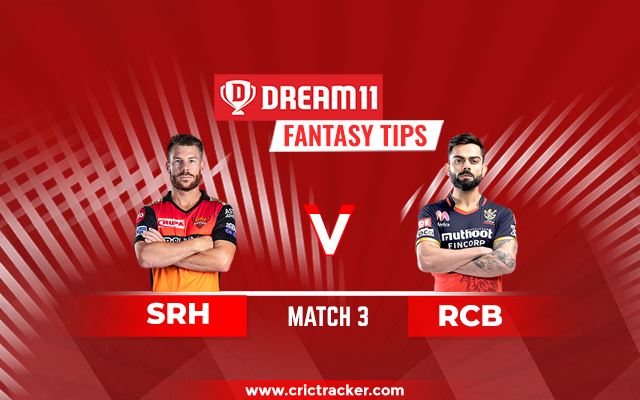 The 3rd match of the Indian Premier League (IPL) 2020 will be played between the Sunrisers Hyderabad and Royal Challengers Bangalore at the Dubai International Cricket Stadium in Dubai.

For four years in a row now starting from 2016, the Sunrisers Hyderabad have been making it to the playoffs of the IPL. The team from Hyderabad has been one of the most consistent and will like to carry the streak forward into 2020 as well. At the same time, there are a few changes in the leadership group too. While David Warner is back as the captain, Trevor Bayliss has replaced Tom Moody as the Head Coach.

The team would hope that they would start off on a winning note against the Royal Challengers Bangalore. In the last three seasons, RCB finished 8th, 6th and 8th on the points table respectively. They look strong on paper every year but haven’t been able to convert that into results. RCB has also got a new Head Coach in the form of Simon Katich. Instead of leaving it for too late, the Bengaluru team will want to get some wins under their belt early on.

There will be strong winds blowing around at the start of the game. The temperature will be around 33 degrees Celsius.

In the last four T20Is played at this venue, the pitch seemed to be a good one for the bowlers. The spinners will enjoy bowling here.

David Warner had a few issues with his form in the series against England. But he is a different beast in the IPL. In the last season, he scored 692 runs in 12 games.

Virat Kohli has been one of the most consistent performers for RCB in the last few years. He scored 464 runs in 14 games in IPL 2019.

Rashid Khan picked up 17 wickets in 15 games last year while maintaining an economy rate of 6.28.

Jonny Bairstow is coming off a wonderful century against Australia and is likely to draw confidence from that knock. He scored 445 runs in 10 games last year.

AB de Villiers is likely to keep the wickets for RCB. If he dons the gloves, that effectively makes Jonny Bairstow the only option for your Dream11 Fantasy teams.

Also, credits will be a constraint. If you want the troika of David Warner, Virat Kohli and AB de Villiers, you must pick a few players with 8 credits. Devdutt Padikal, Washington Sundar and Khaleel Ahmed are your best options.

Sunrisers Hyderabad are expected to win this game.