Mayank Agarwal has been KXIP's most impactful batsman in IPL 2020.

Mumbai Indians, with six wins in eight matches, will take on Kings XI Punjab who have suffered six defeats in eight games thus far. A win in this fixture will not only help Mumbai move close to the playoffs but also increase their chances of a top-two finish. The Punjab franchise, on the other hand, will be on the verge of getting knocked out if they lose this fixture.

The IPL 2020 has been a turnaround season for Mayank Agarwal as this is already his highest-scoring IPL edition. Mayank has always been a player who goes for his shots but used to get dismissed for the 20s and 30s quite often. Opening with his friend KL Rahul seems to have helped Agarwal to become consistent as he registered three fifty-plus scores in eight games including his maiden IPL ton. 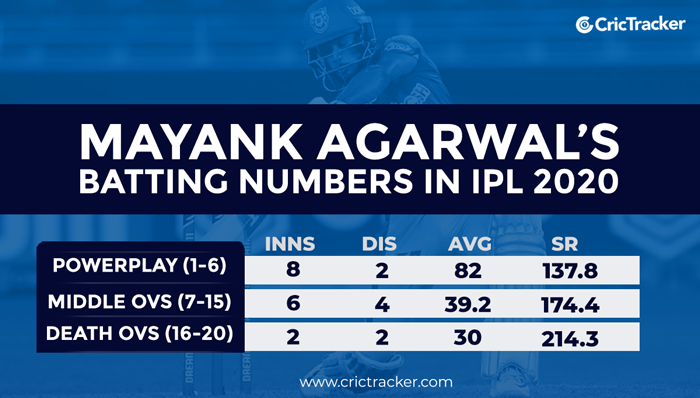 Batting with intent has fetched the rewards for Mayank Agarwal as he is currently striking at 137.8 in the powerplay overs averaging 82. During the middle-overs, Mayank turns out to be a different beast altogether where his strike rate shoots up to 174.4. He gets out every 39 runs in this phase but could have done enough damage by then as he did against RCB in the previous fixture.

Much like Mayank, the MI keeper-batsman Quinton de Kock has been aggressive in the powerplay and middle-overs. However, one difference between the two is De Kock did a mess of the starts he got in the initial games. A bit of seam movement did trouble the South African but he got better in the recent few games as he scored three fifties in his last four matches. De Kock is currently striking at 136.4 during the powerplay while his opening partner Rohit Sharma at close to 120. 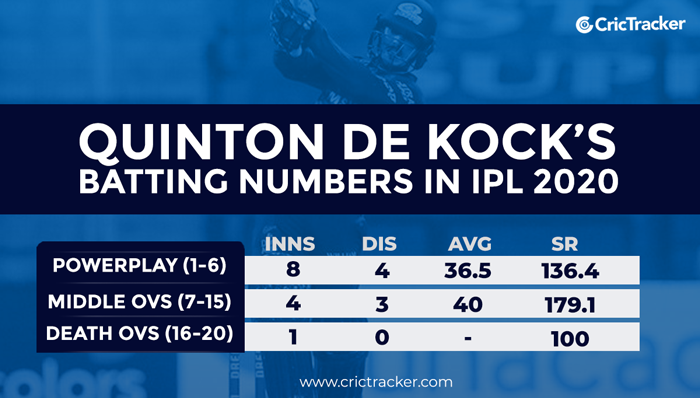 Importance of Bumrah for MI

Jasprit Bumrah is likely to be the key for Mumbai Indians with the ball on Sunday. The importance is high due to the presence of a formidable top three in the form of KL Rahul, Mayank Agarwal and Chris Gayle. Bumrah has dismissed Mayank twice in three innings including once during the previous fixture. Rahul has done well against Bumrah which is why his record against MI is pretty good. Gayle is yet to be dismissed by Bumrah in the IPL but the Southpaw scored just 30 runs in the 40 balls he faced from the Indian pacer. 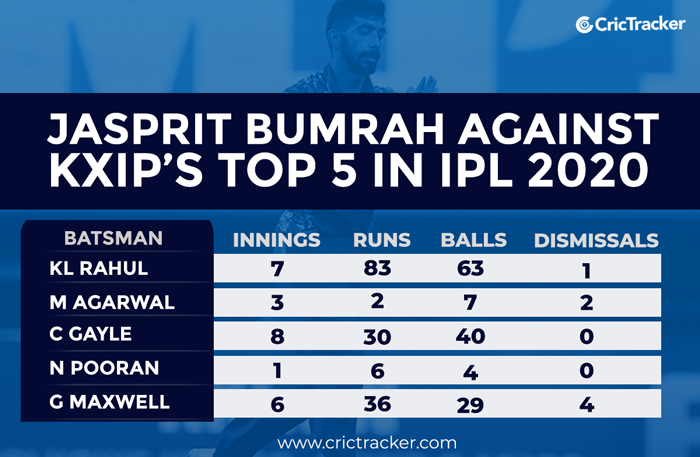