Royal Challengers Bangalore got a lucky start to the IPL 2020 by pulling off a thriller against the Sunrisers Hyderabad. The Virat Kohli-led team has had some plugs to be fixed but on Thursday, they could run through the Kings XI Punjab. RCB, despite their below-par performances in the last two seasons, managed to thump the Kings XI on all four instances. The Punjab franchise will be looking to end that streak when then take the field against RCB at the Dubai International stadium.

AB de Villiers is going to be the biggest threat for the Kings XI Punjab considering his recent batting record over the Punjab franchise. Since the start of 2017, De Villiers scored four fifties in five innings against KXIP including three unbeaten 50s. During the 2019 season, he returned with scores of 59* and 82* in RCB’s victories over Kings XI. With ABD likely to bat at No.4, he could be exposed to the death overs where KXIP failed badly earlier in the match against Delhi Capitals. 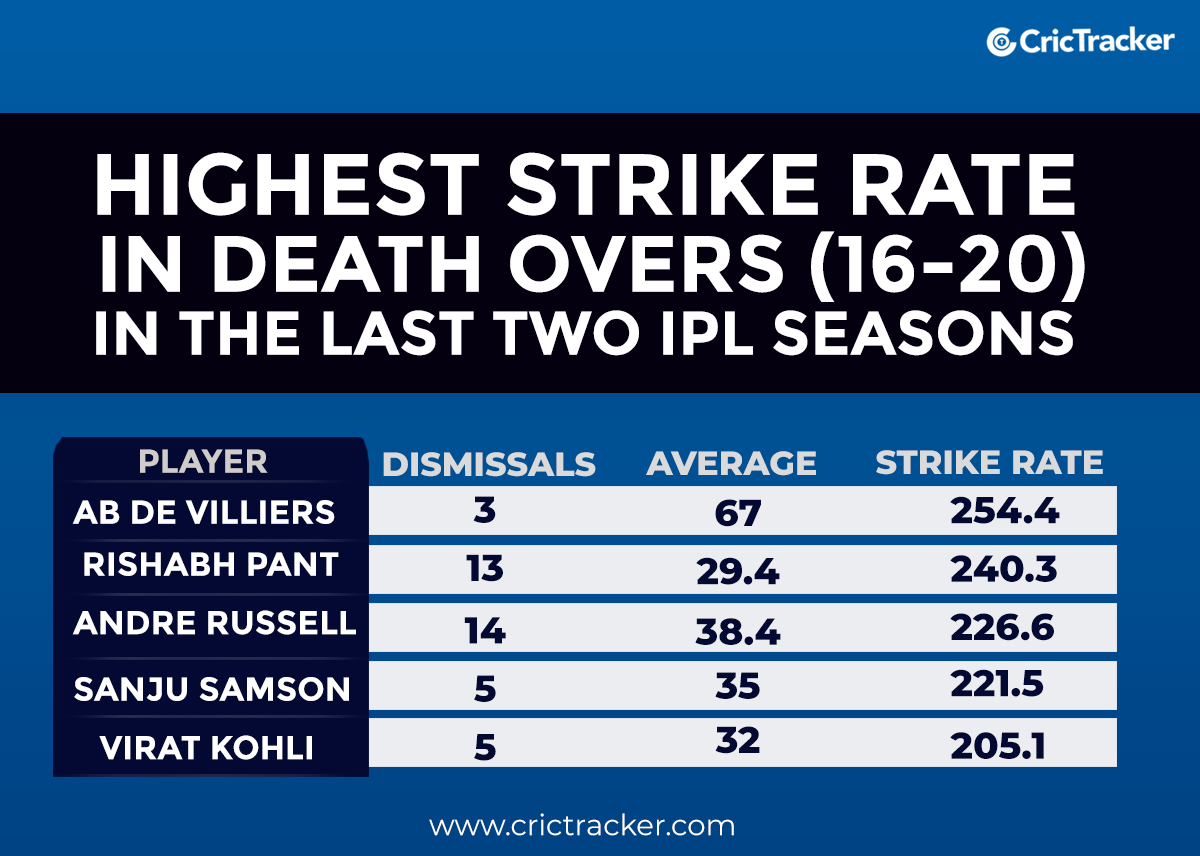 Over the last two IPL seasons, De Villiers scored 201 runs between the 16th and 20th overs and was dismissed only three times including a runout. Those 201 runs came at a strike rate of 254.4 which is the highest for any player who batted at least 50 balls. A majority of those runs came in the matches against KXIP only. De Villiers scored 91 runs at a strike rate well over 250 with help of 11 sixes against KXIP at death since 2018.

Can Umesh replicate his 2018 success?

While RCB looked like ticking majority of boxes during the win against Sunrisers, Umesh Yadav remained as the only issue for them. The Indian pacer conceded a lot of runs in his four overs despite completing his four overs before the death. Umesh has an economy rate over 13 between 16th and 20th overs in the last two IPL seasons. It is the new ball spells of Yadav which keep him relevant in the IPL. 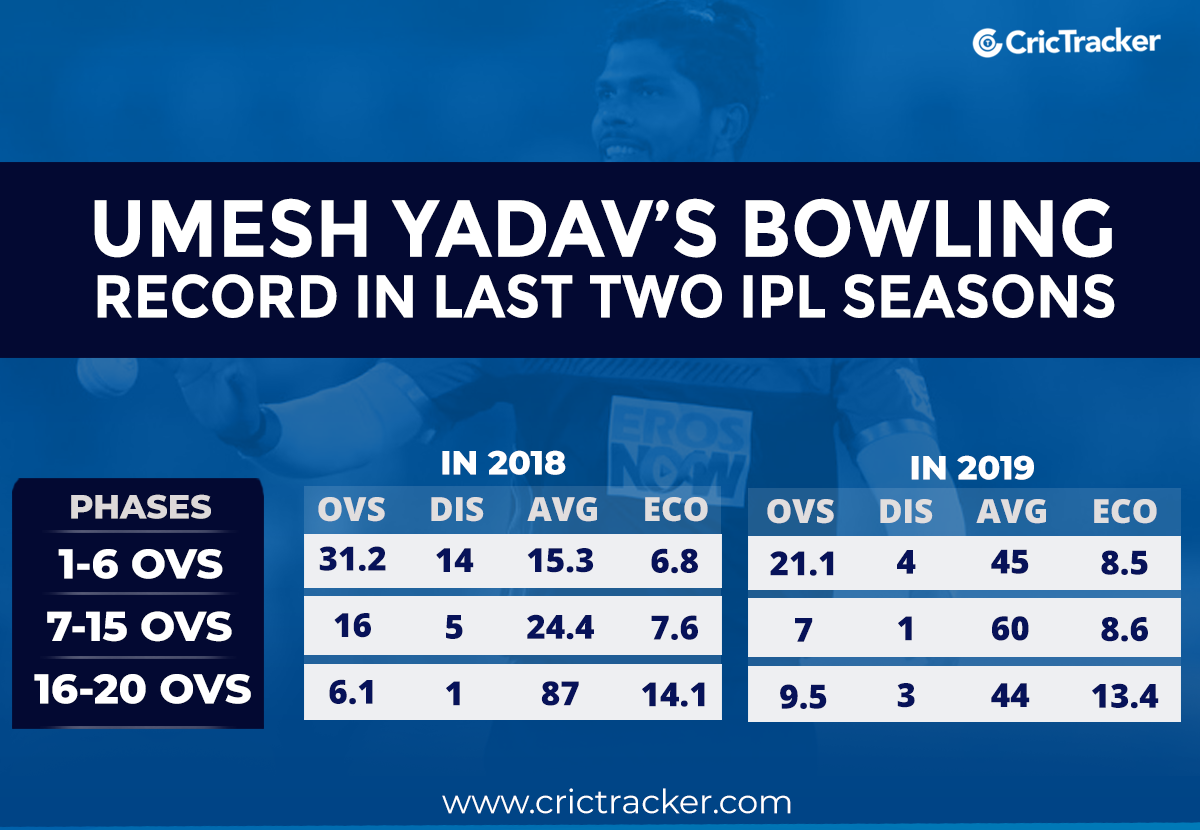 Umesh’s best with the new ball was seen in 2018 where he took 14 wickets at an economy rate under seven in the powerplay overs. RCB will be hoping that Umesh will come out good with the new ball which will allow them to play Chris Morris ahead of Dale Steyn in the XI and strengthen their bowling. Yadav does have some good numbers ahead KXIP against whom he claimed a record 29 wickets and three player of the match awards. 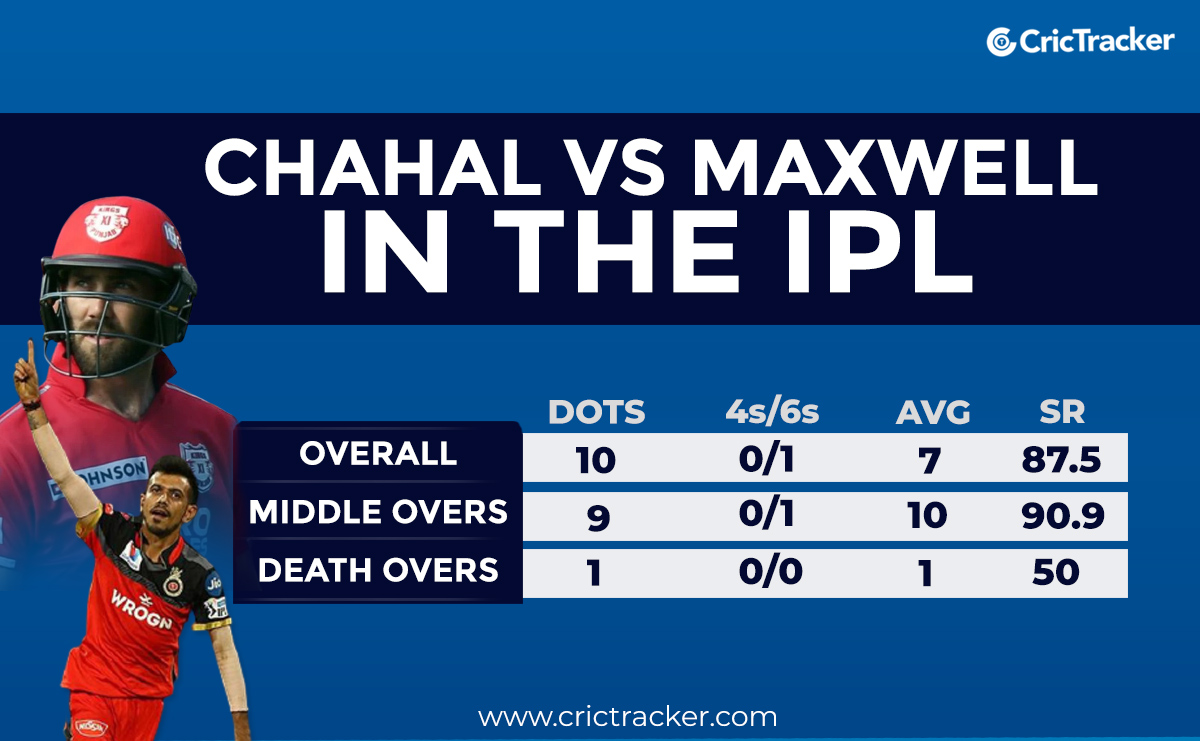 On most occasions, Yuzvendra Chahal bowling to Glenn Maxwell will end up with the leg-spinner picking up the wicket of the Australian and same is seen in the IPL. Chahal has bowled 24 balls in the league thus far against Maxwell conceding just 21 runs and dismissed him three times. Chahal got hit for a six but has bowled 10 dot balls in the 24 deliveries against the swashbuckling batter.