Chennai Super Kings succumbs to their second straight defeat of the IPL 2020.

Delhi Capitals got the better of Chennai Super Kings on Friday night by a 44-run margin with an all-round performance. It was not a surprise that Prithvi Shaw’s knock changed the tempo of the match after a quiet start they got in the powerplay. Prithvi did getaway in the very first over where CSK players failed to spot an edge in the bowling of Deepak Chahar. The young batsman’s knock had the highest impact rating in the whole match as per the CricTracker’s Match Impact Rating model.

The Mumbaikar earned an impact of 13.69 for his 64-run knock which came in only 43 balls. Rishabh Pant’s unbeaten 25-ball 37 seemed to be a very unlike knock of Pant as the keeper-batsman is capable of scoring more in the time he spent at the crease on Friday. Nevertheless, the conditions and the performances of other players in the match helped Pant to earn an impact rating of 9 for his knock.

For Chennai Super Kings, the most impactful knock with the bat came from Kedar Jadhav who scored 26 off 21 balls which got him a rating of 3.91. Faf du Plessis was the top-scorer for the CSK team with 43 off 35 balls but most of his innings was a struggle. It is the reason why the South African had got an impact rating of 3.21. Just like Faf, the other CSK top-order batsmen struggled to get going and ended up bagging a negative impact rating over five. 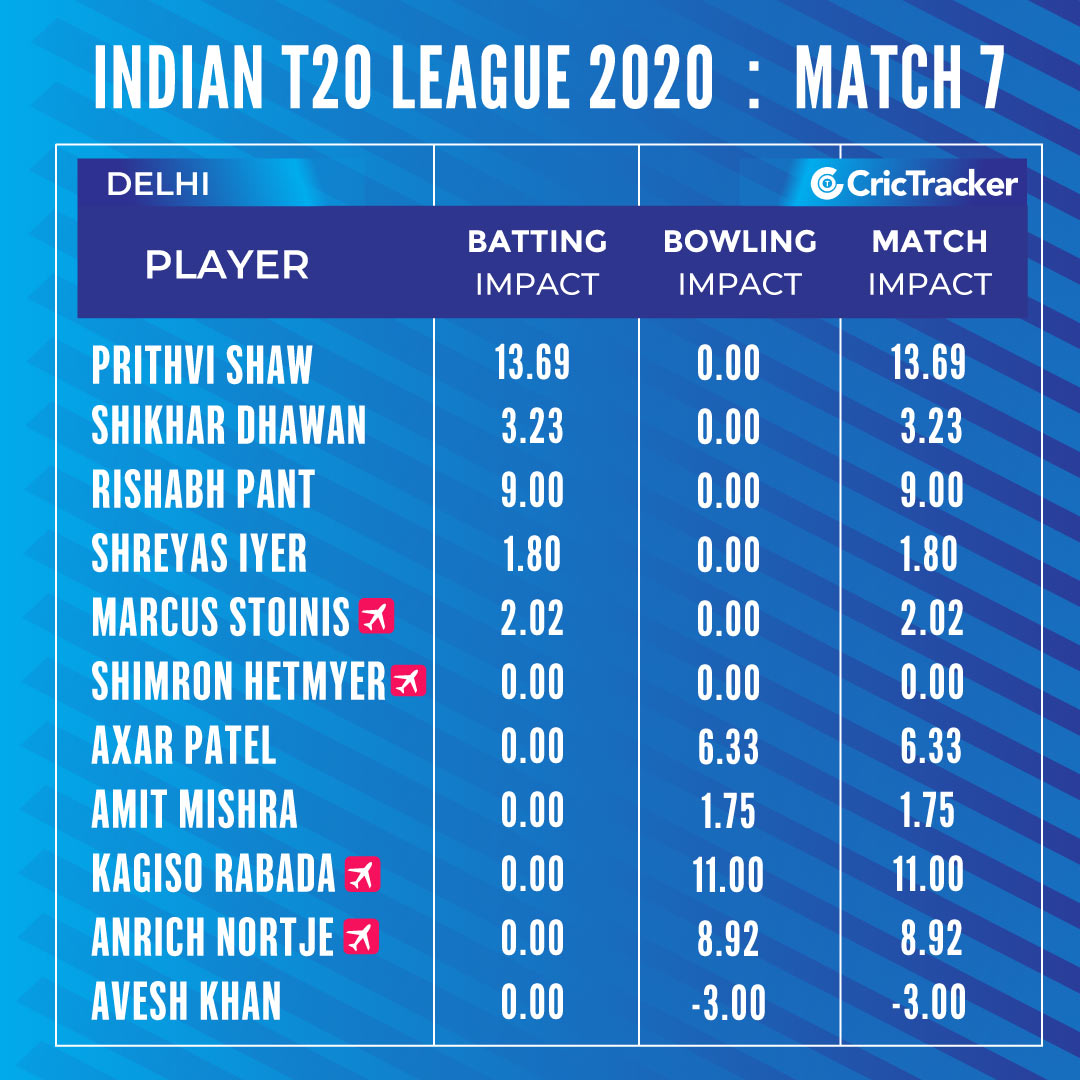 Three of CSK’s top four batsmen Murali Vijay (-7.97), Shane Watson (-5.06) and Ruturaj Gaikwad (-6.70) failed to get their team proper start to the chase. Talking about bowling performances, only Sam Curran (4.08) and Piyush Chawla (5.06) earned an impact rating over 1 in positive terms for CSK. Ravindra Jadeja got a negative impact of 3.5 with the ball; the worst for any bowler in the whole game.

For the Delhi Capitals, it won’t be a surprise that their overseas pacers Kagiso Rabada and Anrich Nortje earned the best impact rating with the ball. Rabada gave an economical start before bagging three wickets at the death while Nortje claimed the wickets of Vijay and Jadhav. Axar Patel also did a decent job by being the most economical bowler in the whole game. 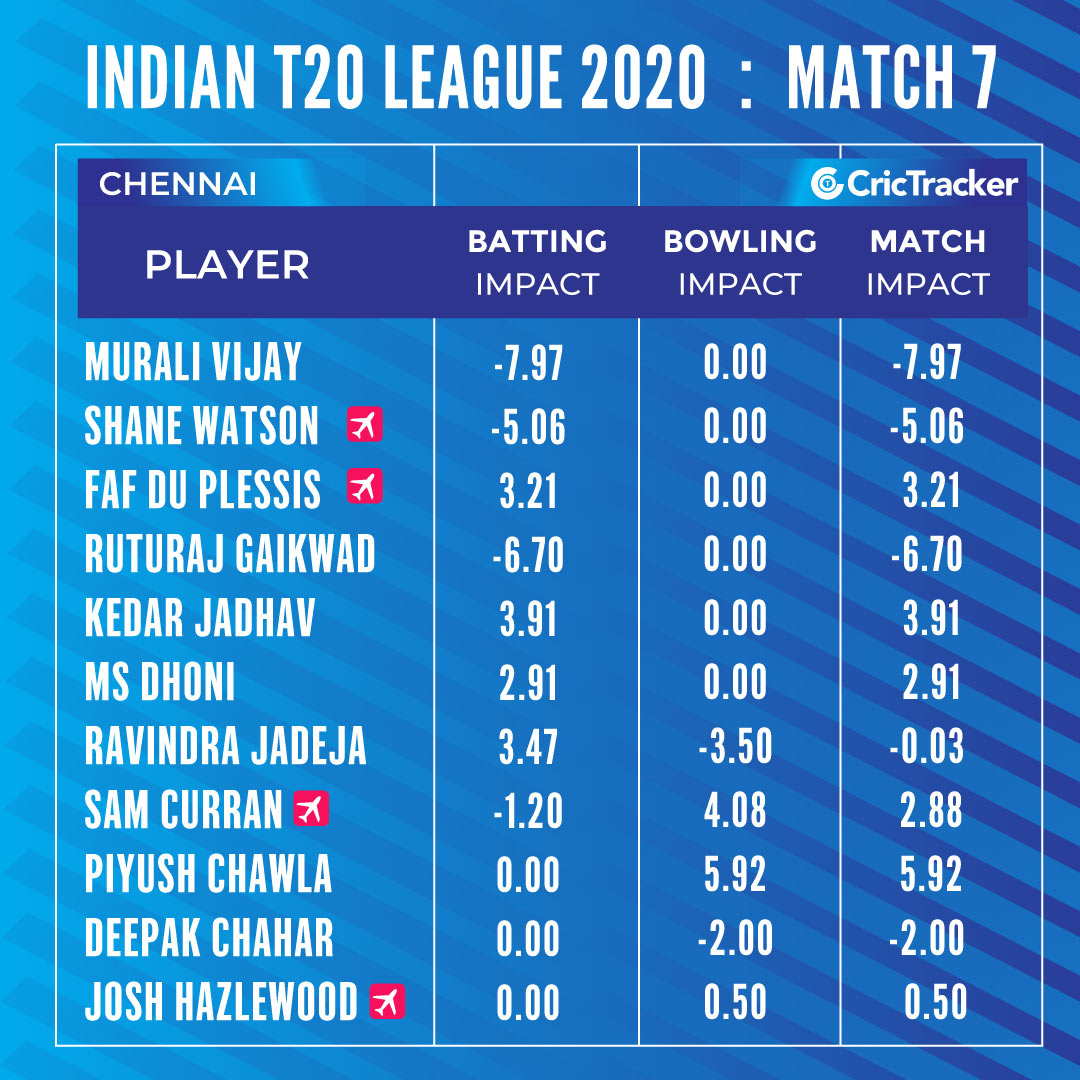