Sunrisers Hyderabad remains the only team to not win a game in the IPL 2020 following their 7-wicket defeat in the hands of Kolkata Knight Riders on Saturday. Shubman Gill’s unbeaten 70 from 62 balls played a key role in chasing down the target of 142 without major hiccups. Despite scoring almost half of the target, Shubman Gill’s knock (3.33) earned an impact rating less than that of Nitish Rana and Eoin Morgan.

The reason behind it was Shubman’s low strike rate during his unbeaten inning. Rana struck six fours during his 13-ball 26 which brought down the required rate down to 6.52 from 7.34. It is the reason why he earned the highest match impact rating with the ball of 10.52. Morgan’s match finishing knock of 42 from 29 deliveries got a rating of 5.42. The lack of urgency with the bat from the Knight Riders in the chase did help Wriddhiman Saha to get away with a lesser negative impact. 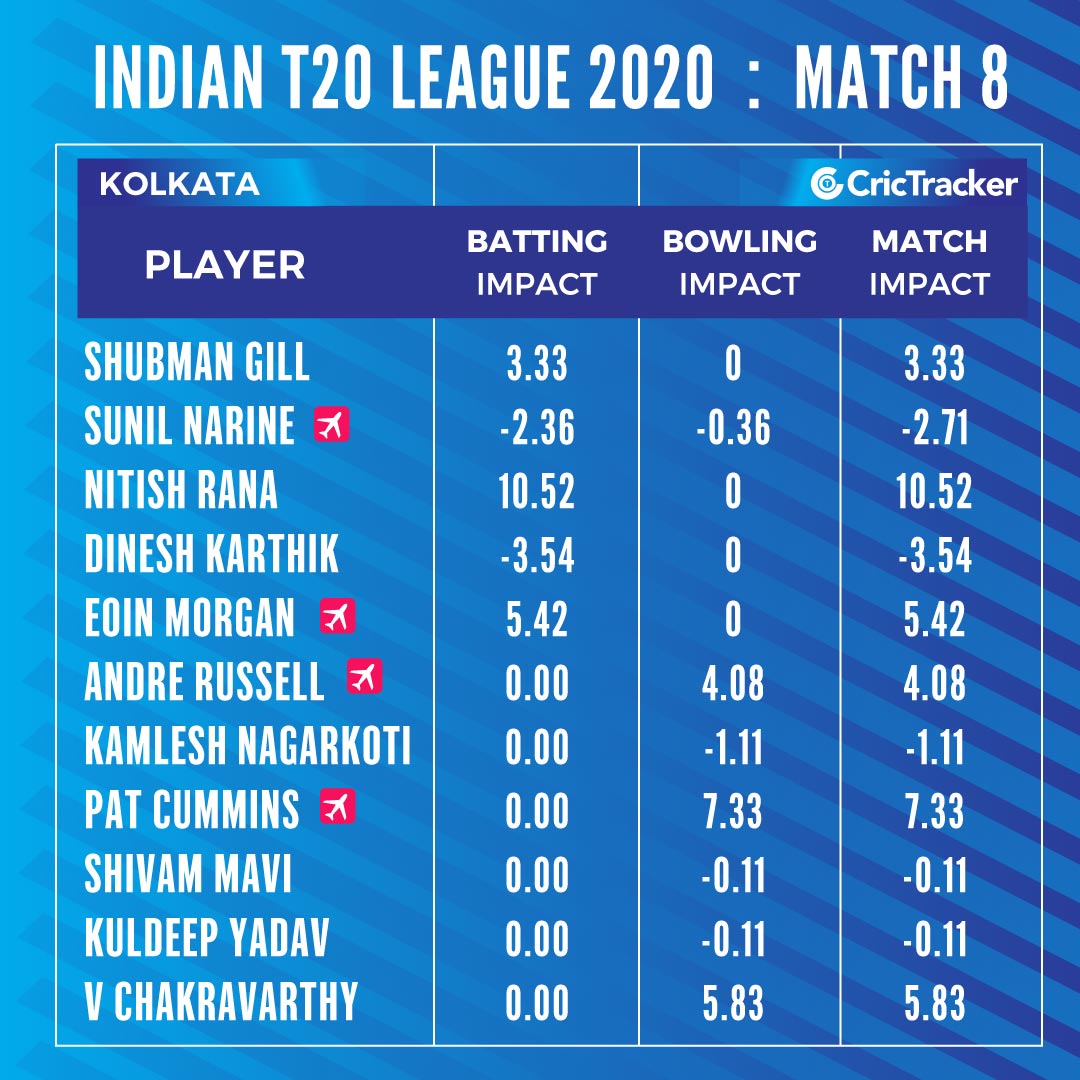 Saha crawled to a 31-ball 30 costing the Sunrisers at least 15-20 runs in the end. His inning got a negative impact of 4.23 but Jonny Bairstow’s was even lower reading -6.67. The England opener scored only five from ten deliveries in the powerplay before being cleaned up by Pat Cummins. Speaking of Cummins, it was his performance with the ball that was rated the best in the match as per CricTracker’s Match Impact rating. The Australian conceded only 19 runs in his four overs at the cost of Bairstow’s wicket.

Varun Chakravarthy too did well on his comeback as his figures of 1/25 earned an impact rating of 5.83. Rashid Khan also earned the same rating for his identical bowling figures during KKR’s innings. Bhuvneshwar Kumar went for 29 runs in his three overs which gave him a rating of -2.27 which is the worst in the match among the bowlers. Manish Pandey was the star for the Sunrisers with the bat as his 51-run knock that came in 38 deliveries got an Impact rating of 8.82 which is next only to Rana in the whole game. 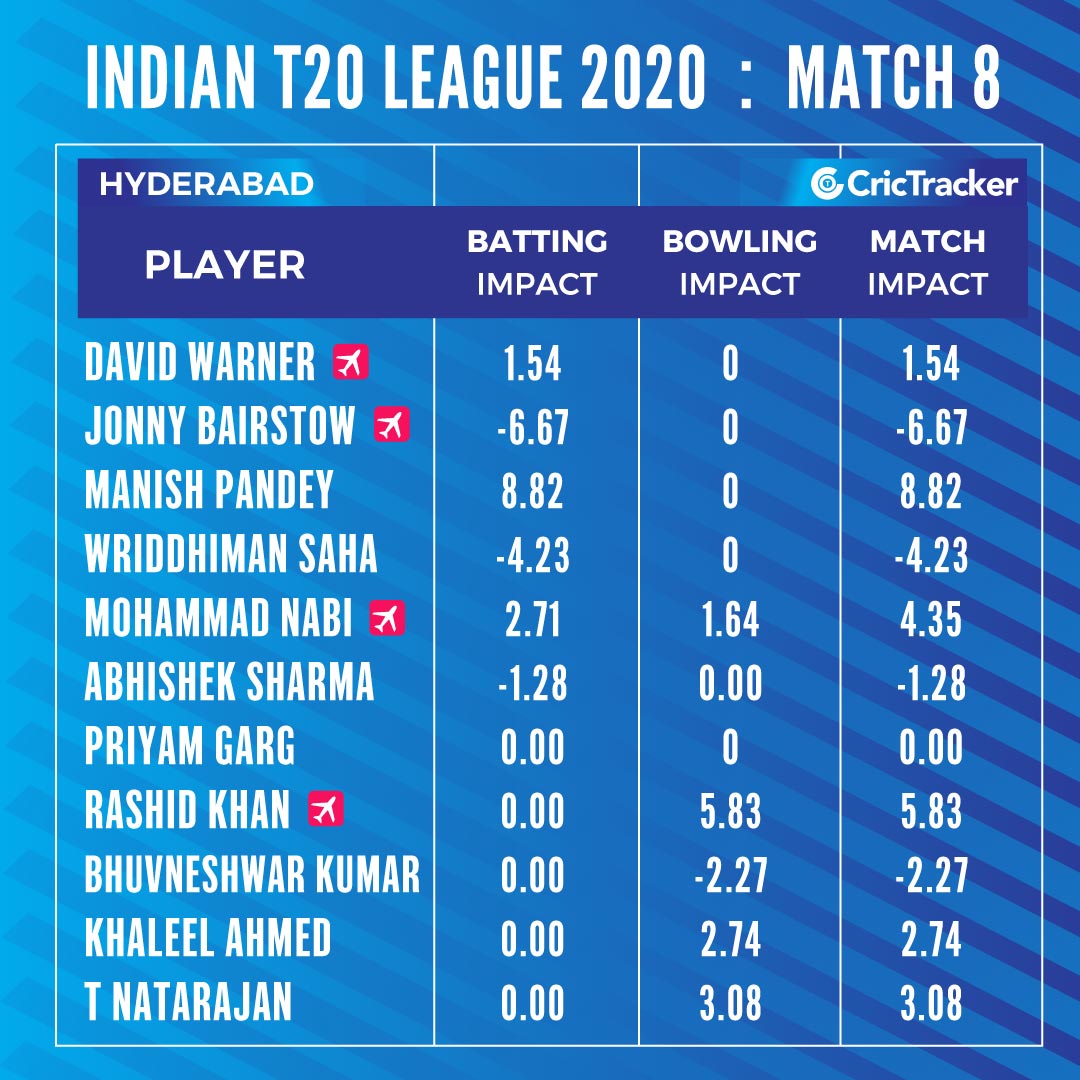