Can Delhi able to stop Hyderabad's winning streak to enter the final for the first time ever?

Sunrisers Hyderabad, the winners of the Eliminator against RCB will be up against the Delhi Capitals, the losing side of the first Qualifier on Sunday. While the SRH team are relying on the momentum by winning four of their last five games, the Delhi franchise is hoping to get some stability at least in the batting. They suffered four defeats in their past five matches and have not got any decent starts for the opening pairs.

David Warner began the season with performances very unlike of him as the Australian struggled to get going in the powerplay. Across the first ten matches of SRH in this IPL, Warner got to open in nine of them where he aggregated only 135 runs at a strike rate little over 105.25. But since the game against Kings XI Punjab, the turnaround of Sunrisers seemed to have begun in form of their skipper Warner. 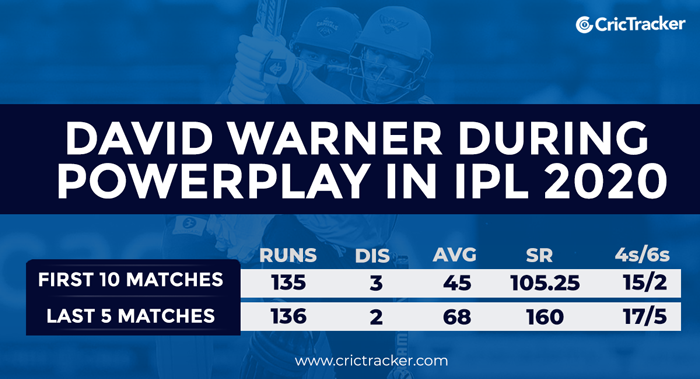 Despite losing a thriller to KXIP, the start provided by Warner in that game was a highlight and start of good things for Sunrisers. He blasted a fifty inside the powerplay in the following game against Delhi Capitals. Across the last five matches, Warner amassed 136 runs during the powerplay overs at a strike rate of 160; only one run more than what he managed in the first ten games.

Ravichandran Ashwin hasn’t got a chance to feature in an IPL playoff over the last four seasons but made most of the chance when he took on Mumbai Indians. The off-spinner got the big wickets of Rohit Sharma, Quinton de Kock and Kieron Pollard but in vain. It was the 3rd time Ashwin picked three or more wickets in an IPL knockout/playoff match but only four times during the league phase. The pitch slowing down towards the end of the season seems to be aided in Ashwin’s wicket-taking ability though the economy rate remains the same. 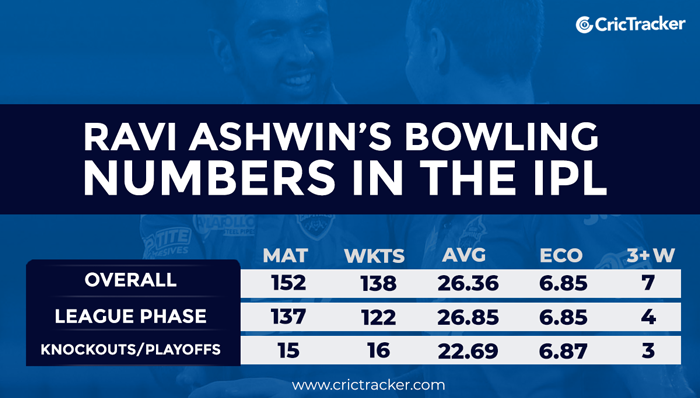 Delhi Daredevils was easily the toughest opponent for Rashid Khan in the IPL during the 2017 and 2018 seasons. However, the leg-spinner managed to turn the tables with some tight bowling which ended up fetching wickets. Between 2017 and 2018, Rashid picked only two wickets in four matches against the Delhi franchise but claimed as many as four scalps across the three games played in 2019. During the ongoing season, Rashid has bagged 3-wicket hauls in both the meetings against Delhi Capitals and expects to continue his supreme record of late against them. 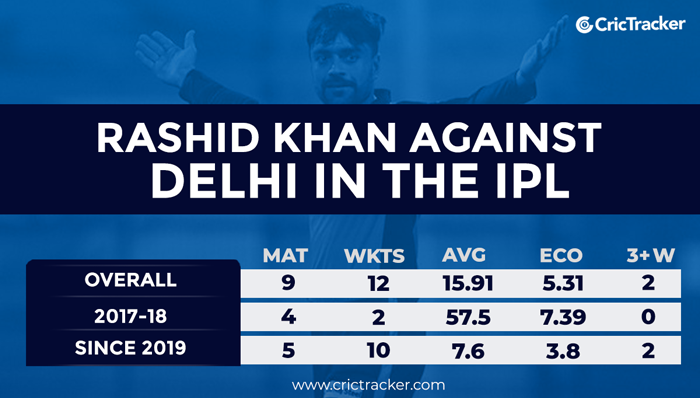