DC will be confident of going one step forward this year. 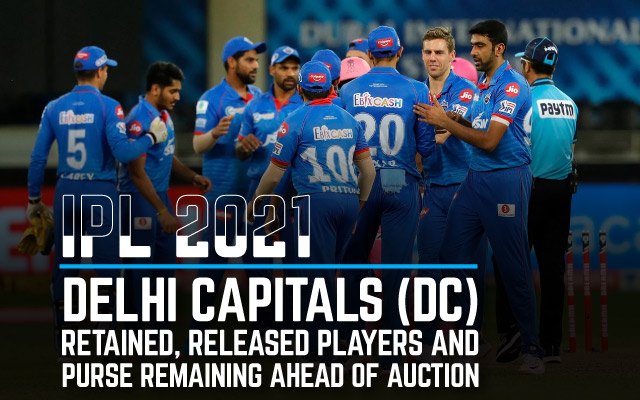 Delhi Capitals (DC) enjoyed their best season in the IPL 2020. They had built a brilliant squad under the watchful eyes of head coach Ricky Ponting and it delivered for the franchise. Shreyas Iyer’s leadership qualities were also on show while the experienced India players also stepped up for the team when needed the most. The team, despite losing steam in the end, made it to their first final only to lose it to MI.

However, with a short turn around between the 2020 and 2021 IPL season, the Capitals will be confident of going one step forward this year. Whether the IPL 2021 will be in India, the question is yet to be answered but that must not have troubled them while announcing the list of released players ahead of the auction which is set to take place in the second or third week of February.

Ahead of the 2020 season, DC traded Ravi Ashwin and the off-spinner did extremely well. Unsurprisingly, he has been retained while Marcus Stoinis will also continue to play for the Capitals after his breakthrough season. The all-rounder scored 352 runs in 17 matches at a strike-rate of 148.52 while and also picked 13 wickets. Interestingly, Ponting confirmed Stoinis’ retained while commentating during a BBL match early on Wednesday.

As far as the released players are concerned, Alex Carey and Sandeep Lamichhane are the two big names even as the latter didn’t even play a single game in IPL 2020. Jason Roy had pulled out of the tournament owing to injury and he has been released as well while his replacement Anrich Nortje has been retained after an exceptional show in the previous season. 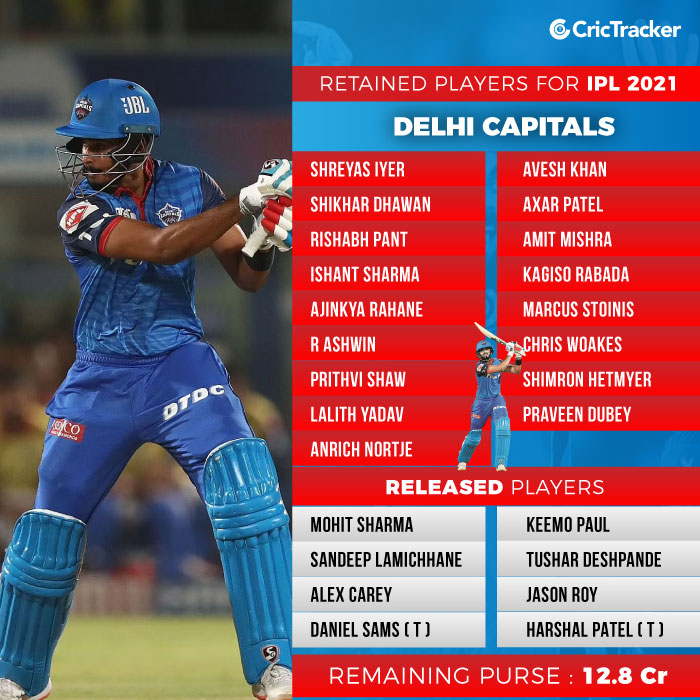