In the league stage, CSK defeated KKR both times. 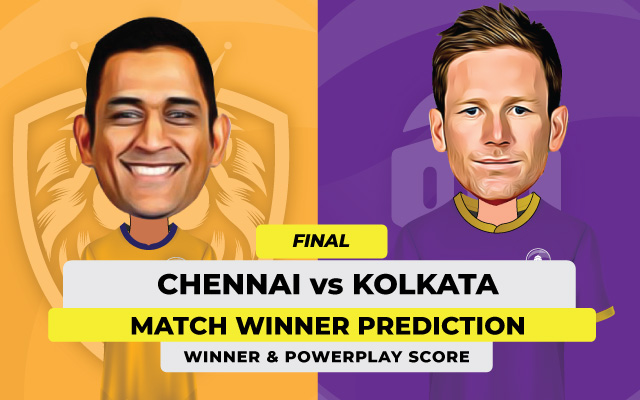 Chennai Super Kings are set to lock horns with Kolkata Knight Riders in the Final of the 2021 Indian Premier League on Friday, October 15 at the Dubai International Cricket Stadium. The Knight Riders, captained by Eoin Morgan, have managed to qualify for an IPL final seven years after the 2014 edition.

On Wednesday, the Men in Gold and Purple beat the Delhi Capitals by three wickets at the Sharjah Cricket Stadium. In the last three overs, KKR needed a mere 11 runs to win, but the DC bowlers made a stupendous comeback. The Capitals’ bowlers got the target up to six runs from two balls.

In the end, Rahul Tripathi’s six off Ravi Ashwin sealed the deal for KKR. Ahead of the Final, KKR need to be careful as they lost both their matches against the Super Kings in the league stage. CSK, lead by MS Dhoni, qualified for the final after they beat the Capitals by four wickets on Sunday in Dubai.

The pitch in Dubai has been an excellent one for batting. But of late, the track has shown signs of slowing down a wee bit. In the ongoing IPL, nine out of 11 matches have been won by the chasing teams. Chasing should be the way forward for teams.

Venkatesh Iyer has been a fantastic prospect for the Knights in the 2021 edition of the IPL. The left-hander has looked in ominous touch, having scored 320 runs at an average of 40 and a strike rate of 125. The southpaw has scored three half-centuries and must be high on confidence. In the Qualifier 2, Iyer scored a magnificent fifty and saw KKR over the finishing line.

Varun Chakravarthy has been excellent for KKR, especially in the UAE leg of IPL 2021. The off-spinner is currently the leading wicket-taker for the Knights, having taken 18 wickets at an economy rate of 6.40. The tweaker has been tough to get away on the slow and low wickets in the UAE. In the previous game, he picked up two wickets and looked in great rhythm. 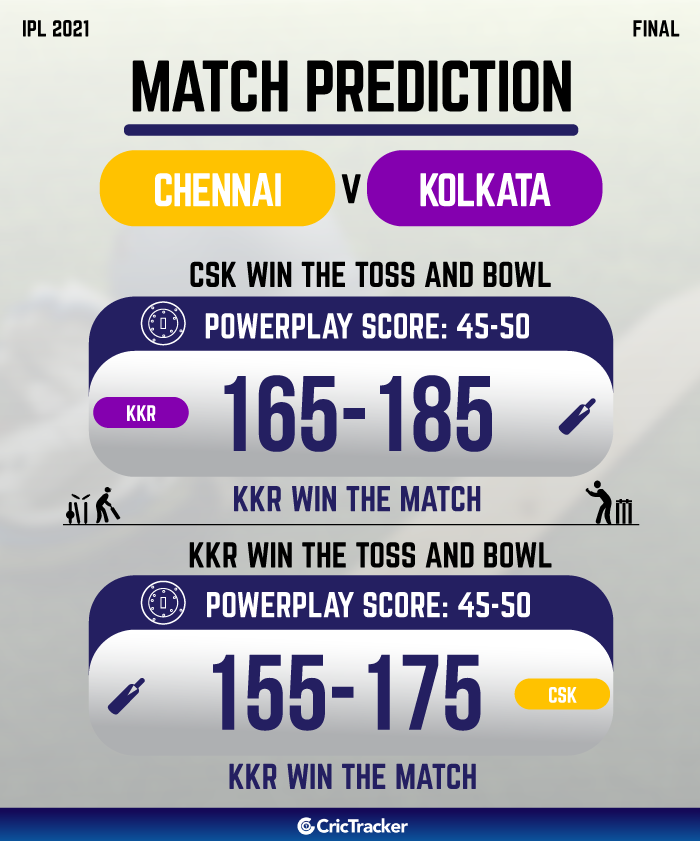