The Punjab side still has INR 52.8 Crores remaining. 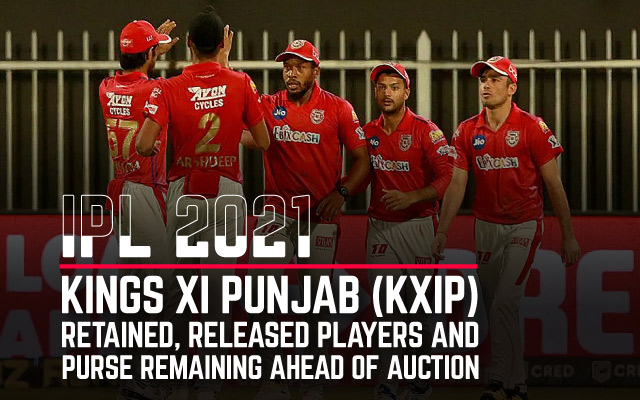 Now is that time of the year where the hammer will be brought out, and the players will go under it, so to say. All the IPL franchises have been instructed that they should release their set of retained players and also confirm the players that they are releasing as well, before the deadline.

The Kings XI Punjab side endured an unsuccessful campaign in the deserts of UAE last year. The KL Rahul led side finished at sixth place and failed to qualify for the playoffs. Even though Rahul scored 670 runs and won the Orange Cap, he could not inspire his side to the IPL playoffs last year.

Meanwhile, the Punjab side has released some big names. Australia’s big-hitting batsman Glenn Maxwell, West Indian pacer Sheldon Cottrell, Afghan spinner Mujeeb ur Rahman and all-rounder Jimmy Neesham have all been let go of by Punjab. Maxwell had a disastrous outing in the 13th IPL edition and scored just 108 runs at a meagre average of 15.43.

Even though Maxwell found form in the limited-overs series against India post the 2020 IPL edition, it was not enough for Punjab to retain him. Cottrell too endured a poor campaign last year, where he picked up just 6 wickets in as many matches and went at an economy of 8.80 runs per over.

Mujeeb too was given just 2 opportunities last season, and the Afghan spinner did not create a massive impact. In the two games he played, Mujeeb failed to pick up a wicket and went at an economy rate in excess of 10 runs an over. Even Neesham had a forgettable season last year. The Kiwi player scalped just 2 wickets in 5 games and leaked runs as well.

Apart from these big names, the other players who have been released by Punjab are Krishnappa Gowtham, Hardus Viljoen, and Karun Nair. They have Rs 52.8 Crore remaining before the auction. 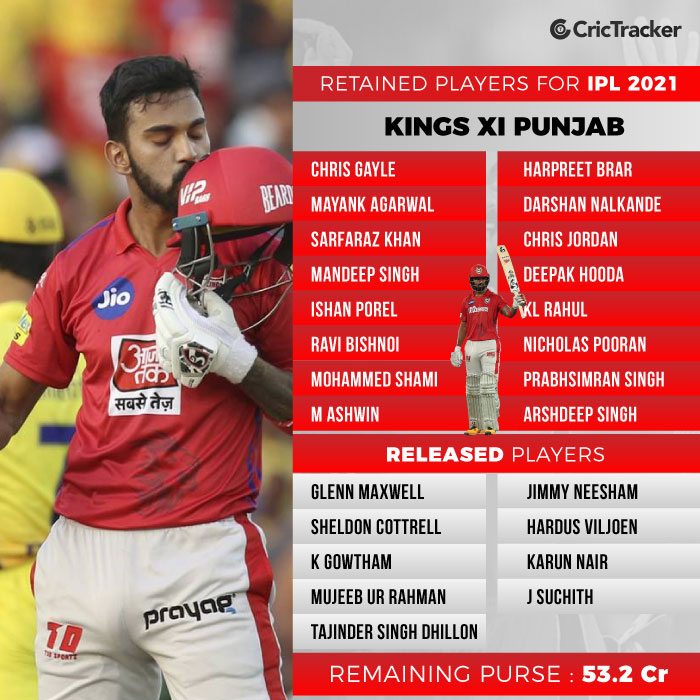