KKR have immensely talented foreign recruits and also some highly capable youngsters in the squad. 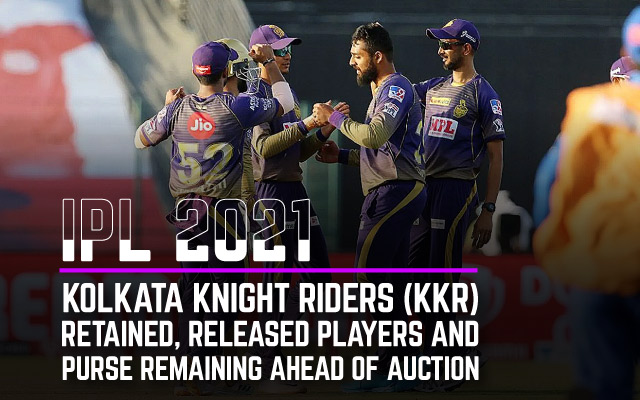 The mini IPL auction is all set to take place on 11th February 2021, ahead of the 14th IPL edition. And, the deadline for all the franchises to finalize their retained and released players is January 21st, 2021. Needless to say, all the IPL franchises would be doing the same, with full vigor.

Last year, the Kolkata Knight Riders (KKR) side did not have a very successful tournament. They failed to qualify for the playoffs, and finished at fifth place. The 2020 edition also saw the side even swapping captaincy duties, with Eoin Morgan donning the skipper’s hat after Dinesh Karthik stepped down.

In fact, the last time KKR won the IPL trophy was way back in the year 2014. Even though the side reached the playoffs for three consecutive years(2016,2017 and 2018), a third IPL title has always eluded them. And, in the last two seasons, the side has failed to qualify for the IPL playoffs.

Tom Banton the only big name let go by KKR

Now, the only big name that Kolkata Knight Riders have decided to let go ahead of the 2021 IPL edition is Tom Banton. The right-hander failed to impress with the willow in the 13th edition of the IPL. Banton featured in two matches and scored 18 runs, recording poor scores in both the opportunities he got in the deserts of UAE. Even in the international arena, Banton has not set the stage alight with the willow.

His last three scores in T20Is read 8,2 and 2. Last year, Banton was pouched by KKR for 1 Crore. However, the two-time IPL champions have decided to let go of the England batsman. Apart from the release of Banton, KKR have also decided that they will release Chris Green, 26-year-old keeper-batsman Nikhil Naik, right-hander Siddhesh lad, and left-arm spinner Manimaran Siddharth. Interestingly, Siddharth and Lad did not even feature in a single game last edition, while Nikhil Naik and Chris Green just got a solitary chance.

KKR have retained the core of their squad. They have immensely talented foreign recruits like Andre Russell, Sunil Narine, Pat Cummins, Eoin Morgan and Lockie Ferguson. They also have some highly capable youngsters in the squad like Shubman Gill, Kamlesh Nagarkoti and Prasidh Krishna. 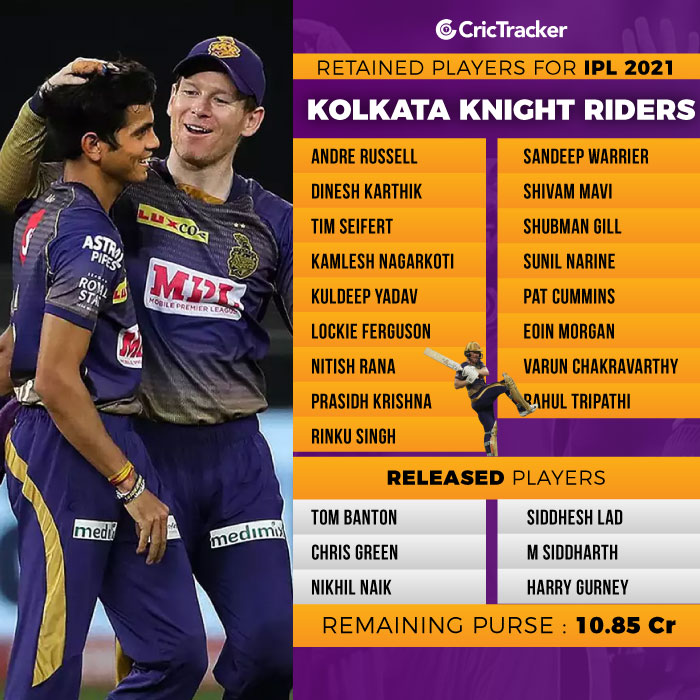