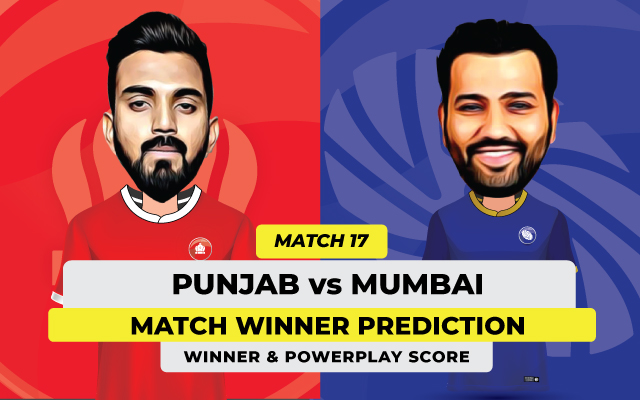 Punjab Kings (PBKS), after their winning start, have now found themselves at the bottom of the points table in the 2021 edition of the Indian Premier League (IPL). In their previous game, they lost to the Sunrisers Hyderabad (SRH) by nine wickets at the MA Chidambaram Stadium in Chennai.

At the same venue, KL Rahul and Co would be facing the Mumbai Indians (MI) on Friday, April 23. Their net run rate of -0.824 is also the worst among the participating teams. As far as Rohit Sharma’s men are concerned, they are hanging in the middle of the table with two wins from four games.

Last time, they lost to the Delhi Capitals (DC), captained by Rishabh Pant by six wickets at the Chepauk itself. MI have had issues with their batting over the last three games or so and they would be looking to find answers before time runs out for them.

The pitch in Chennai has turned out to be a tough one for batting. Though one score over 200 has been registered, the batters, mostly, have had to work out of their skins to get runs.

The spinners are again expected to may hay. Batting first should remain as the way forward. There will be clouds, but with no chances of rain. The temperature will be around the 31 degrees Celsius mark.

KL Rahul is currently the leading run-scorer for PBKS in the ongoing edition with 161 runs at an average of 40.25. Against the Mumbai-based team, he has decent numbers as well.

In 12 matches, the Karnataka-born has notched 580 runs at an average and strike rate of 64.44 and 131.22 respectively. He also has a top score of an unbeaten 100 at the iconic Wankhede Stadium.

Jasprit Bumrah had a rough game against the Capitals after he was guilty of bowling two no-balls in his final over that cost his team the match. In four games, he has as many wickets at an economy rate of 6.25.

Against PBKS, Bumrah has impressive figures. In 45.4 overs, he has picked up 17 wickets at an economy rate of 6.26. In the next game, MI would be hoping for the pacer to be at his best.

Punjab win the toss and bat

Mumbai win the toss and bat

Mumbai to win the match